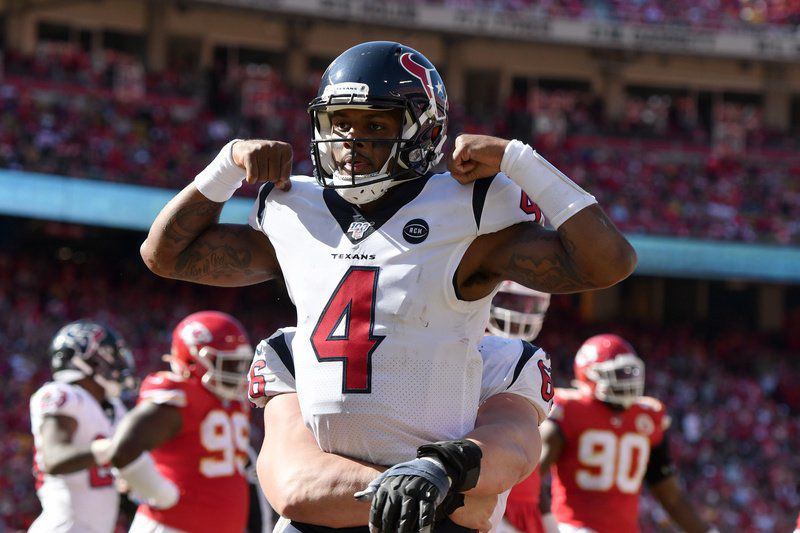 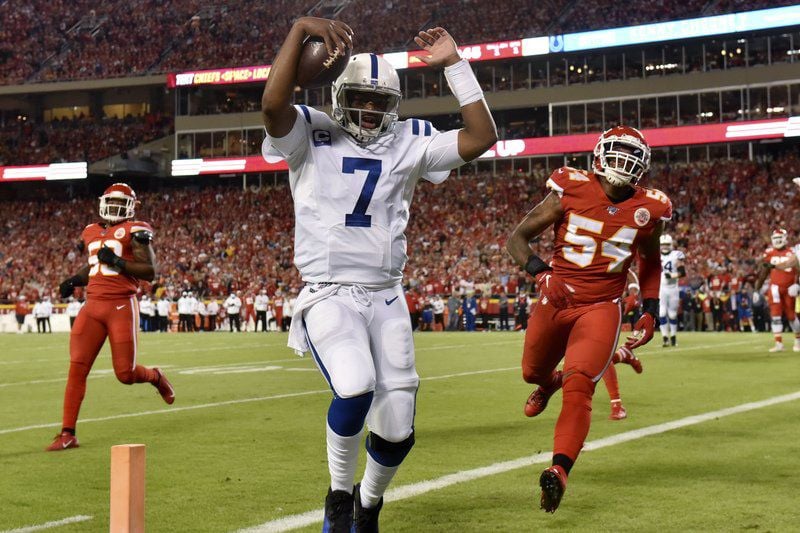 Both Jacoby Brissett and Deshaun Watson have managed to outduel reigning NFL MVP Patrick Mahomes in consecutive weeks — on his home turf no less.

Now it’s time for the young quarterbacks to face off against each other for the first time since Brissett took over as the Indianapolis Colts’ starting quarterback with Andrew Luck’s retirement.

And the top of the AFC South is on the line for the winner.

Brissett and the Colts (3-2) are coming off a bye after handing the Chiefs their first loss this season on Oct. 7. Watson led the Houston Texans to a 31-24 win last weekend, and the defending AFC South champs head to Indianapolis on Sunday with a chance for a little payback of the wild-card game they lost to the Colts last January when Luck was at quarterback.

“We’ve just got to keep it going,” Houston coach Bill O’Brien said. “We just had a really good win against a good team, but we’re 4-2 and 4-2 gets you nowhere.”

The Colts will have linebacker Darius Leonard back after missing three games being in the concussion protocol, and the Texans are expected to be without rookie right tackle Tytus Howard because of an injured knee that knocked him out of the Chiefs’ game.

The Texans are ranked No. 6 in the AP Pro32, while the Colts are 12th. The Colts are healthier and rested in a pick ‘em game so ...

KNOCKOUT POOL: This is something Bills Mafia can really celebrate with BUFFALO getting this week’s chance at keeping Miami winless.

The Bills may be rusty after their bye. The Dolphins are struggling so that not even Fitz-magic back in Buffalo can help against this defense.

Sam Darnold may be ready for the challenge of taking on New England. He also gave the Patriots bulletin board material not that they need it.

Teddy Bridgewater has been simply perfect replacing Drew Brees. Better yet, the Saints’ D is giving their replacement quarterback plenty of help.

Tyreek Hill is back, but the Chiefs have defensive issues. The Broncos are at home with a running game to play keepaway.

The Seahawks are back home with their 12th man. Lamar Jackson knows how to run and throw no matter where the road takes him.

The Jaguars won’t miss Ramsey this week as Minshew-mania refreshes.

The Titans switched quarterbacks hoping for an offensive spark. The Chargers need their QB to quit turning the ball over.

A wise man once wrote only teams good enough to start 6-0 would start 6-0. Even with the early kickoff for San Francisco ...

The banged-up Cowboys are at home.

Kyler Murray versus Danny Dimes with Saquon Barkley finally back.

Yes, the Raiders are coming off their bye. They’re back on the road in Lambeau, and the Packers won’t need as much help as they got in their previous game.

Kirk Cousins has found his comfort zone throwing the ball. The Lions still aren’t over missing out on a big win in Green Bay.

Upset special: 3-3 against spread, 3-3 straight up