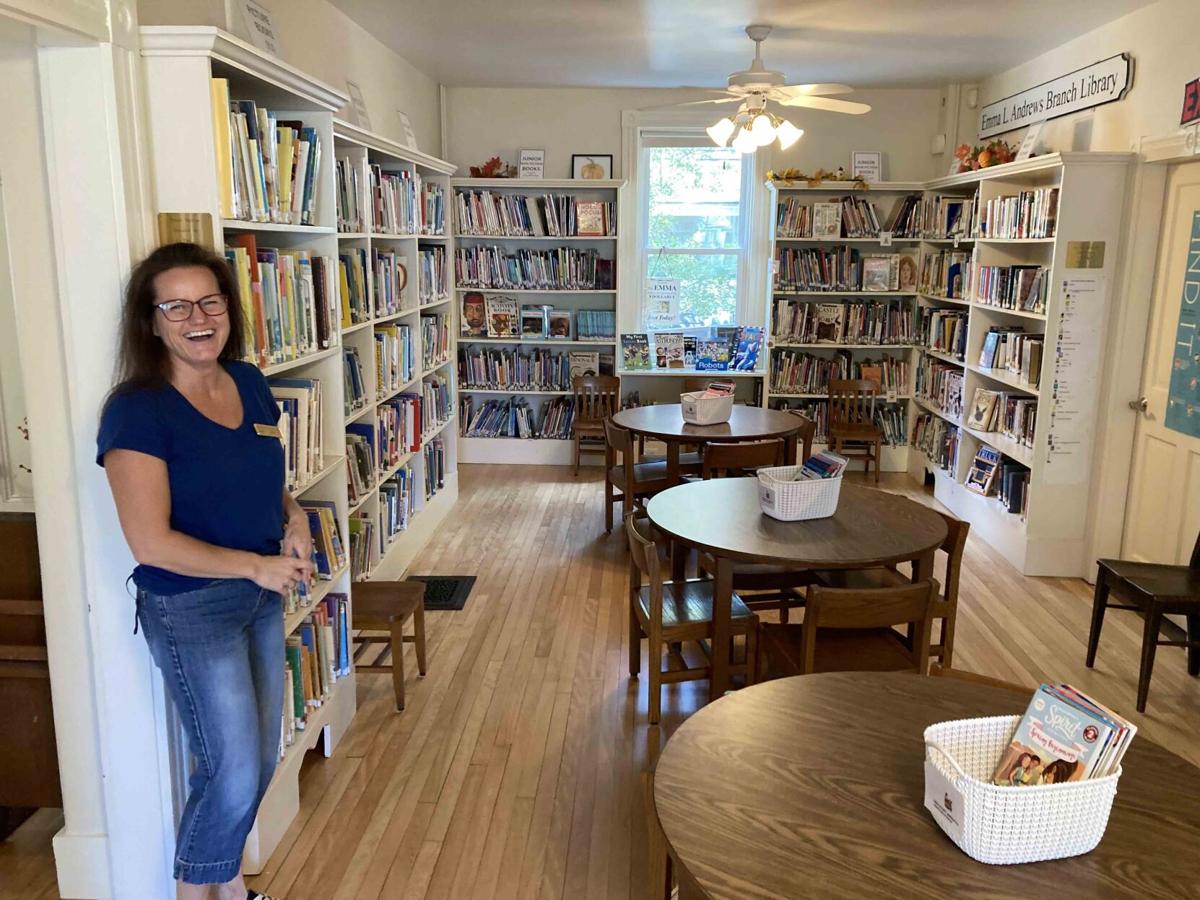 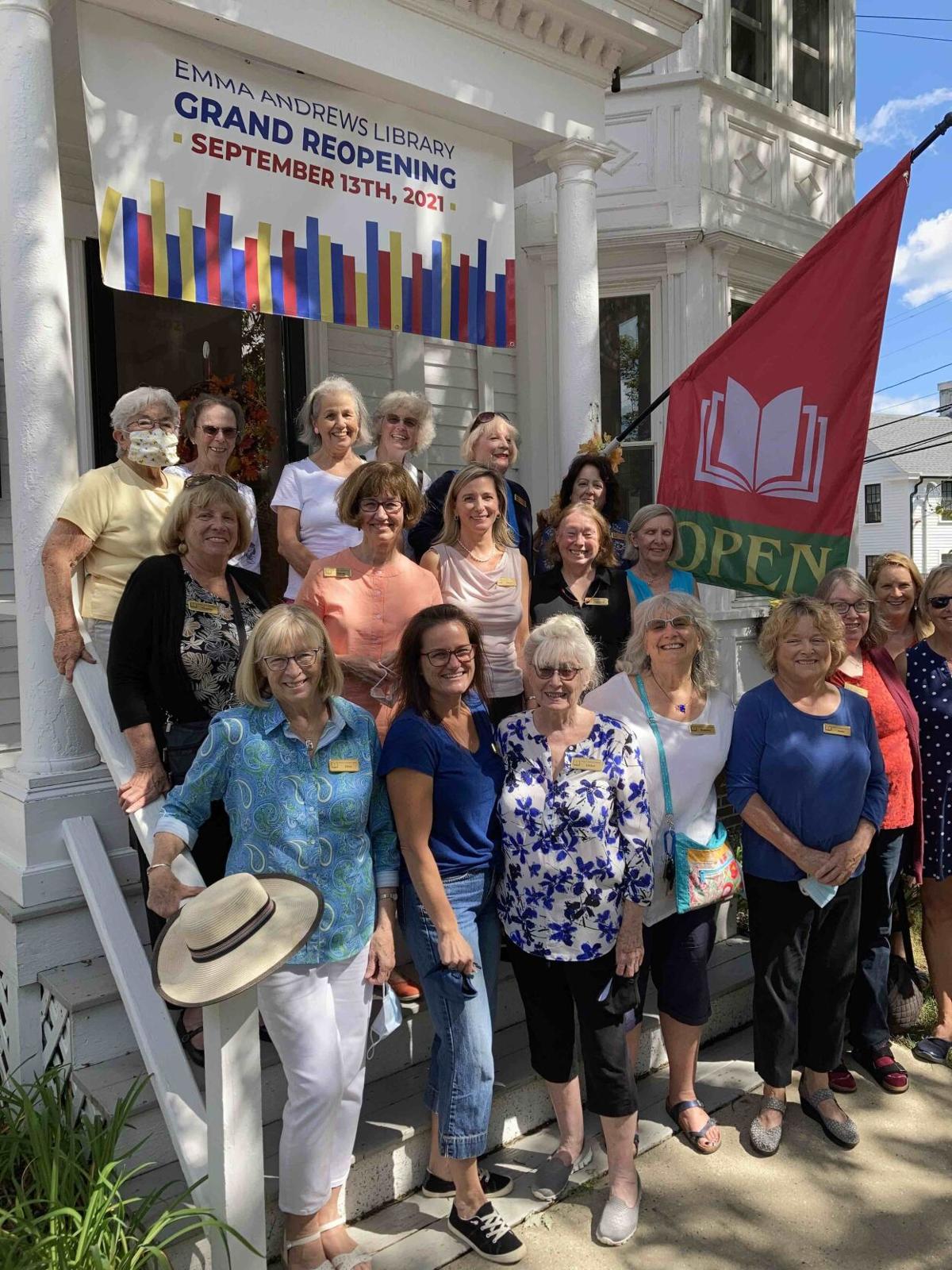 Some of the volunteer staff of Emma Andrews Library and Community Center in Newburyport’s South End.

Some of the volunteer staff of Emma Andrews Library and Community Center in Newburyport’s South End.

NEWBURYPORT — Emma Andrews Library and Community Center opened its doors for the first time in 18 months Monday, marking the end of COVID-19 restrictions that shuttered the reading hub since March 2020.

Dozens of the same volunteers who have kept the small, community library open for years stood on its front steps about 1 p.m. as photos were taken and a red ribbon snipped with oversized scissors to mark the occasion.

“Tired and ecstatic,” library President Kim Klapes said when asked how she was feeling moments before the ribbon cutting.

Emma Andrews, which opened in 1905 at 77 Purchase St., is run entirely by its 41 volunteers. Rent from an apartment above the library, along with donations, provides the funding needed to operate the facility.

During the first week of opening, adults and children will receive a raffle ticket for each book to win a $30 gift certificate to Jabberwocky. The drawing will be held Sept. 18 to announce a child and an adult winner.

Among those on hand for the grand opening Monday was Mayor Donna Holaday, who praised volunteers for their energy and love in making sure the city’s “beautiful reading room” remained open.

“I really can’t thank you enough, it wouldn’t be here without all your hard effort and work,” Holaday said.

Kelcourse aide Courtney Ryan spoke for a moment about how important the library was to her as a youth.

While growing up in the city’s South End, the library served as a “little burst of independence” as she visited it after school on her own.

“It was always a fun space to come to when I was a child,” Ryan said.

Dave Rogers is a staff writer for the Daily News of Newburyport. Email him at: drogers@newburyportnews.com. Follow him on Twitter @drogers41008.

Dave Rogers is a staff writer for the Daily News of Newburyport. Email him at: drogers@newburyportnews.com. Follow him on Twitter @drogers41008