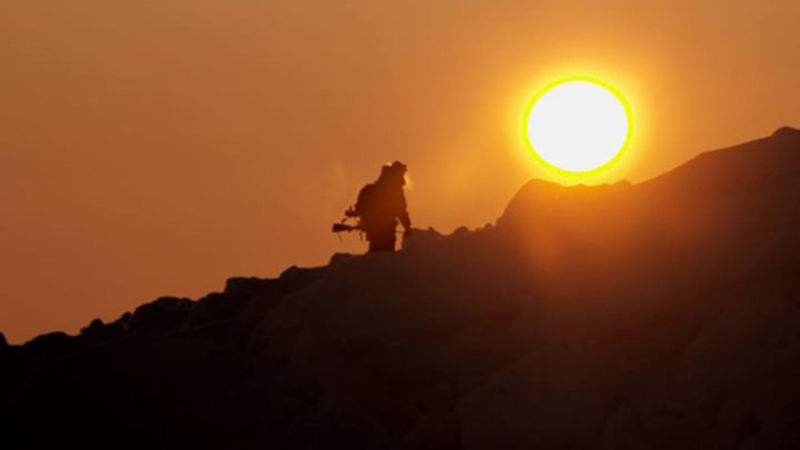 "Young Ice" looks at the impact of oil drilling on the physical and human ecosystem of Prudhoe Bay in Alaska. 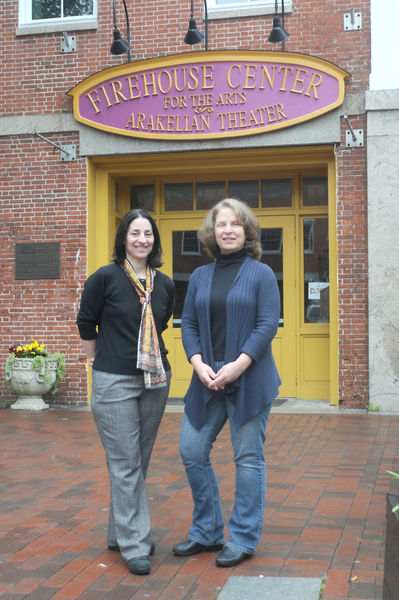 Sarah Hayden of PortMedia and Elizabeth Marcus of Transition Newburyport are organizing the Earth Port Film Festival this weekend. 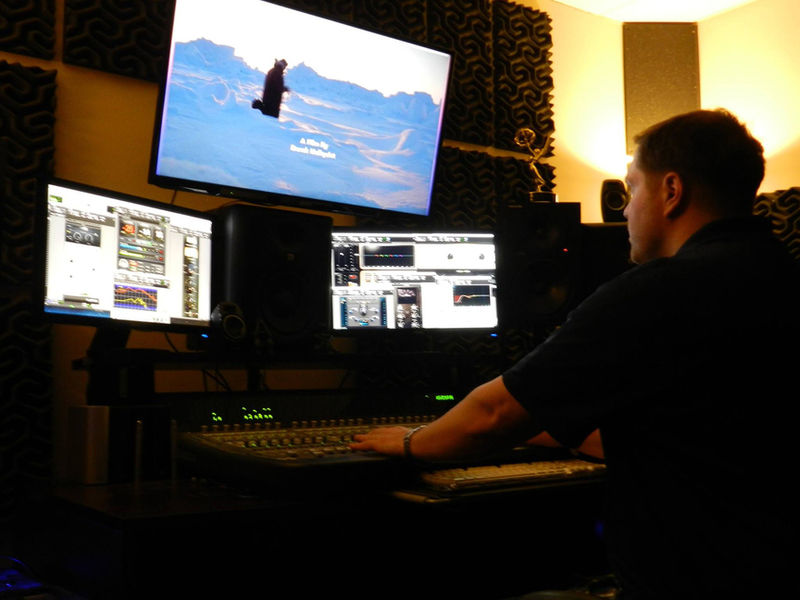 "Young Ice" looks at the impact of oil drilling on the physical and human ecosystem of Prudhoe Bay in Alaska.

Sarah Hayden of PortMedia and Elizabeth Marcus of Transition Newburyport are organizing the Earth Port Film Festival this weekend.

To drive home a message of one shared planet, one shared destiny, PortMedia is hosting its third annual Earth Port Film Festival this weekend.

Featuring eight short environmental films, the festival will take place Sunday evening at the Firehouse Center for the Arts in Newburyport.

The theme of environment unifies the films selected for viewing by a committee of three, Elizabeth Marcus, Transition Newburyport initiating member; Andrew Love, community producer and training manager of PortMedia; and Lauren Healey, a junior at Newburyport High School and president of the NHS Environmental Club.

The platform Withoutabox was used to allow filmmakers an easy way to digitally enter their work and to attract international submissions. More than 24 films were submitted for consideration this year.

The films address environmental concerns as local as sea level rise and as distant as coral reefs in Indonesia and sea ice in Alaska. Viewers will see landscapes from as far away as Burkina Faso and as close to home as Plum Island, along with stunning views of the Colorado River Basin, the coastal plain of the Arctic National Wildlife Refuge and the Northern Lights.

The audience will hear the voices of the indigenous Blackfeet tribe of Montana speak out against fracking on their sacred lands and German farmers working to protect their nursery against an encroaching coal plant.

“The purpose is to show a variety of films on different topics that will educate in short periods much like sound bites,” said Marcus, who is also one of the festival organizers. “We focus on short films because it is difficult for filmmakers to get their (short) films seen by the public.”

The film festival is a project of PortMedia with logistical and consultative support provided by Transition Newburyport, a local chapter of the worldwide movement to build resilience in communities facing a post-fossil fuel future.

All the money raised by the festival will go to train local producers and directors in the art and technique of making films. Hayden said she would like to see “more people use PortMedia to learn more about video filmmaking and to have a voice here in the community.”

“The purpose of the film festival is to enable (local producers and directors) to effectively communicate issues that they are passionate about,” Marcus said. “From the Transition side, it is important for people to have a voice in the local community. The station is a great tool for the community. And we need to take better care of the Earth and live more harmoniously.”

In a special appearance, filmmaker and documentarian Derek Hallquist of Green River Pictures will accept his award for Best Short Film at this year’s festival. His film “Young Ice” was made during a four-day trip to Alaska in 2012 to work on a larger project about atmospheric science.

Through his acquaintance with community leaders, Hallquist found a “story that needed to be told” concerning the conundrum the locals live with: Their livelihoods with big oil companies are benefitting them materially but causing environmental changes that will alter their traditions and food sources forever.

“We have acquired a lot from big oil,” said Brower Frantz, field logistics supervisor for the company UMIAQ. “I would definitely trade that back in for the climate.”

“I’m attracted to looking under the carpets to see what has been swept under there,” Hallquist said of his films.

“Young Ice” also won the Audience Award and the Special Jury Award at the Think Forward Festival in Italy and was an official selection of the Annapolis Film Festival.

In addition to Best Short Film, the festival also recognizes the Best Very Short Film. This year’s award will go to Peter McBride of Grit & Thistle Film Co. for “I Am Red,” a four-minute video poem to the Colorado River, named North America’s most endangered river in 2013.

A third honor, the Audience Choice Award, will be voted on at the festival.

The overall mission of the festival is to show short films that “create, inspire, discover, catalyze or document,” Marcus said.

“The films brought to my attention things that I had no idea existed, topics from around the world,” Hayden said. “People in every place are worrying about the same things.

“It shows that the world is not really that big when you see your trash floating on the other side of the Earth.”

When: Sunday, with reception at 6 p.m. and screenings starting at 7 p.m.

Where: Firehouse Center for the Arts, Market Square, Newburyport

Also playing at the Firehouse

The Earth Port Film Festival is part of a busy lineup over the next week at the Firehouse Center for the Arts. Here’s a look at what else is going on:

“Beneath: An Evening of New Choreography,” 8 p.m. Exit Dance Theatre premieres several works, along with short films and a piece by guest Hyperbole Dance Co. $19 for adults; $17 for students, seniors and members.

Senior Readers’ Theater, 1 p.m. Members of educational program perform scenes focusing on the evolving roles of women from “As You Like It” by Shakespeare, “The Women” by Clare Boothe Luce and “The Clean House” by Sarah Ruhl. Partially funded by the Massachusetts Cultural Council, New England Biolabs and Anonymous Foundation. Free; no reservations required.

“Living on the Edge of Disaster: Climate’s Human Cost”

Filmed in Burkina Faso and USA, produced in USA (14 minutes)

Each year, millions of people are driven from their homes by natural disasters such as floods, storms and droughts. Most live in the world’s poorest and most conflict-ridden states, and lack the resources to recover after a crisis. As climate continues to change across the globe, natural disasters will become more frequent and more severe.

Filmed and produced in Indonesia (4 minutes)

Gili Island is a popular destination in Indonesia with more than 6,000 species of marine life living just offshore. Tragically, most of the East and North coral reefs in Gili Tranwangan have been damaged by bomb fishing, anchoring, tourism development and storms. Local biodiversity continues to be remarkable, providing habitat to blue coral, a protected species, in addition to green turtles, sharks, manta rays and more. This is a high-priority area for coral reef rehabilitation. It urgently requires a program to preserve the reef and its biodiversity. Notably, this area is in the process of becoming a protected National Park.

This film documents the work of the Manta Reef Restoration Project, which seeks to create an artificial reef that will include a self-guided underwater path dedicated to the education of visitors about coral and their ecosystem.

Miho Aida — If She Can Do It, So Can You

Filmed and produced in USA (19 minutes)

The Gwich’in people, native to northern Alaska and Canada, call the coastal plain of the Arctic National Wildlife Refuge “The Sacred Place Where Life Begins.” This area is the birthing and nursing ground for the Porcupine Caribou Herd, on which the Gwich’in people have depended for millennia.

Since 1988, the Gwich’in nation has been gathering every two years to discuss the threat of oil and gas development on this sacred land. This film shares the voices of Gwich’in women at the 2010 gathering, who speak for their sacred land, the caribou, and their way of life. These women inspire audiences around the country to action and will move you to join their effort to protect their sacred land.

Filmed and produced in Germany (8 minutes)

In 1983, the German energy giant RWE started digging for coal in the Garzweiler II pit. Since then, 16 villages around the mine have had to be resettled. Borschemich is next to be bulldozed away. In the ’80s, 760 people lived here — nowadays, there are only 50 left. In 2015, the village will be gone.

Against all odds, Helmut and Joachim Meier run the nursery they built 30 years ago until the very end. Life is gray and lonesome, but there’s one hidden place where the world still seems to be all right.

Filmed and produced in USA (7 minutes)

On Plum Island, residents struggle to prevent erosion from destroying their homes while environmentalists and others tell them to leave.

“We are the Land”

Produced and filmed in USA (14 minutes)

Produced and filmed in USA (4 minutes)

The Colorado River runs 1,450 miles across seven states and two countries supplying water for 36 million people. It flowed to the sea for 6 million years but has not kissed the ocean since the late 1990s.

This film is a video poem to highlight the beauty and challenges of this national icon, American Rivers’ Most Endangered River for 2013.

Produced and filmed in USA (14 minutes)

Young filmmaker Derek Hallquist travels to Barrow, Alaska, on a chance invitation from Dr. Paul Shepson to document atmospheric chemistry and the melting sea ice. With a background in cinematography and special access, Hallquist captures beautiful images of a place rarely seen by the rest of the world. Shepson and his team from Purdue University convert a Cessna airplane into a flying laboratory. The plane takes samples around the sea ice and over North America’s largest oil drilling operation in Prudhoe Bay.

While Hallquist is there, to his surprise, the local community is the more fascinating subject. Families financially supported by big oil come to grips with the reality that the ice is truly disappearing due to the use of fossil fuels. The truth can no longer be ignored or misconstrued by leaders and media. We are not two worlds, we are one planet, we can only succeed working together.