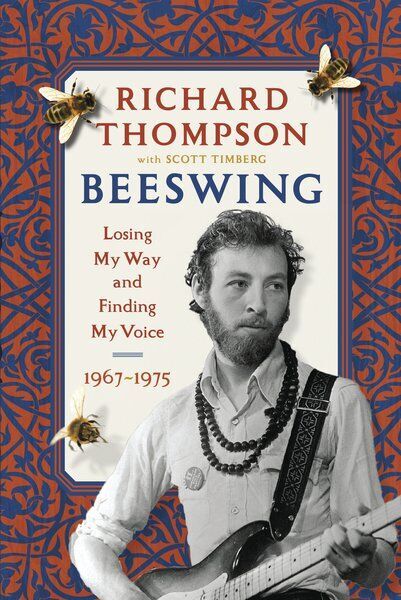 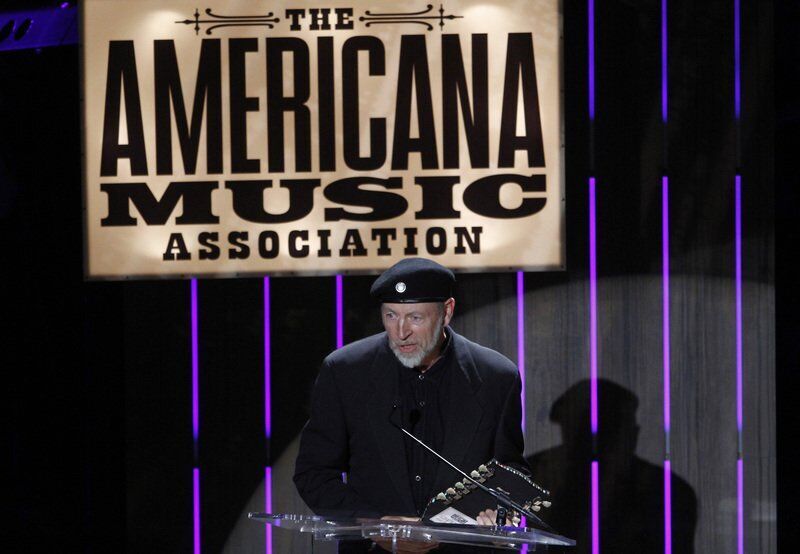 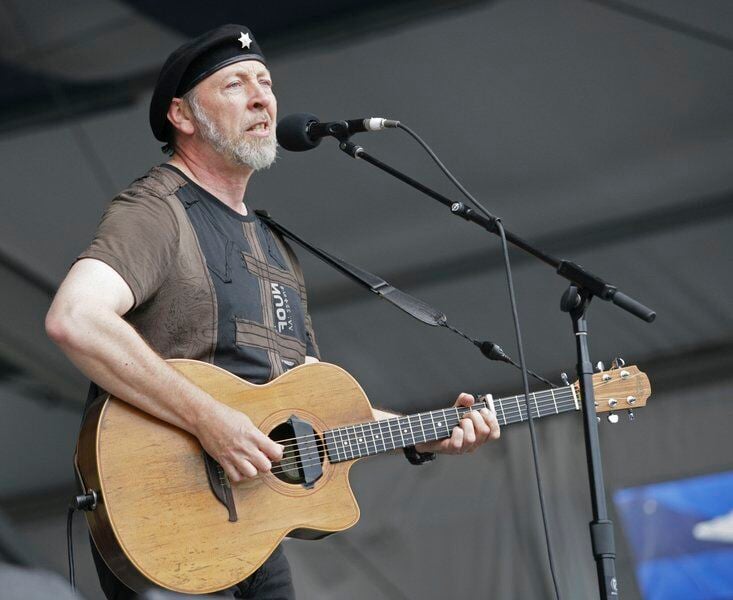 In 1968, the year “Hey Jude” hit the charts, Richard Thompson turned down an invitation to Paul McCartney’s birthday party.

On other occasions over the years, Thompson shared the stage with Jimi Hendrix. He also pranked Buck Owens.

Those are among the fun facts found in Thompson's new memoir, “Beeswing: Losing My Way and Finding My Voice 1967–1975." The British guitarist and singer-songwriter, who has long had a small but devout following, revisits his role as observer and participant in a consequential era of rock music.

“I'd been wondering whether I was capable of writing something other than a three-minute song for some time,” he said in an interview from his home in Montclair, New Jersey.

Thompson, 72, said that he enjoyed writing his first book, which took three years. He chose to focus on the early part of his career in part because he's often asked about the 1960s and '70s.

“It does seem to have been an influential decade of music, and you're still feeling the reverberations of that now," he said. "People are still reverential about some of the legendary music figures from that time.”

Many of those names pop up in “Beeswing” — also the title of a Thompson song that encapsulates the era.

He was a member of the groundbreaking group Fairport Convention, which brought rock to the British folk tradition, and British folk to rock. His subsequent musical partnership with his first wife, Linda, produced the sublime songs that have served as the foundation of Thompson's solo career, including “Shoot Out the Lights” and “Wall of Death.”

Thompson laughs when asked why he said no to the McCartney invitation.

“I saw The Beatles and the Stones as being an older generation — all of five or six years older than we were — and not being particularly relevant to the kind of music I was into," Thompson said. "I was more into singer-songwriters at the time. I would have gone to Joni Mitchell’s birthday party.

“I was being a real musical snob," he said. "I have to forgive myself for that. If he invites me to his 80th, then I'll definitely go.”

Thompson's droll wit is evident throughout “Beeswing,” especially in his account of Fairport's first U.S. tour. At one point, the band members were razzed as long-haired hippies by several men in the next booth at a coffee shop in the Detroit airport.

It turned out to be country music star Owens and his band, so Thompson introduced himself as a huge fan and asked for an autograph.

Then there were the times Hendrix, in London with his career gaining momentum, joined Fairport onstage.

“A little intimidating,” Thompson said. "Even in '67, he was well-known around London as being this really great guitar player, this really interesting innovator who terrified just about every guitar player in town — including Eric (Clapton) and Jeff (Beck) and the whole gang.

“He was the nicest guy. He wasn’t flashy when he played with us," Thompson said. "It was like he wanted to fit in with the band, which I thought was kind of delightful really.”

Kathy Pories, Thompson's U.S. editor for Algonquin Books, said that he found a distinctive voice writing the memoir, while employing the vivid detail of a songwriter.

“He just didn’t realize how fascinating his life really was,” Pories said. "We would say, ‘Tell us more about your childhood,’ and then he would come up with all these amazing details. It feels very conversational, but also very emotional. It felt like he was sitting down and telling me about this period in his life.”

Thompson writes candidly about the spiritual quest that led him to Sufism, and about relationships with his family, bandmates and Linda. The couple had three children, including musicians Teddy and Kami Thompson, before an acrimonious breakup in 1982.

“It has been great for maybe the last 15 years,” he said. "She has forgiven me various things that needed forgiving, and we get on fine.”

Thompson writes at length about the late Sandy Denny, Fairport’s lead singer, and remembers her as a supremely talented bundle of contradictions. “Beeswing” also provides a wrenching account of the 1969 crash of Fairground's touring van that killed Thompson's girlfriend, Jeannie Franklyn, and the band's drummer, Martin Lamble.

“I had never really gone into that much detail about it,” Thompson said. "It's painful to go back to that stuff.

“The hardest thing was doing the audiobook and trying to read through that passage," he said. "It was very hard indeed. I had to frequently stop and pull myself together. But I really think the accident explains so much about what happened in the year or two years after that to all the people involved.”

Happily, more than five decades later, Thompson is still going strong, and gives fans some good news at the end of the book: He plans to keep making music as long as he can.

He still releases acclaimed albums of original material, and as the pandemic winds down, he's eager to resume his busy tour schedule, joking that it's too late to change careers.

As for books, he doubts there will be a volume two of his autobiography.

“A certain amount of repetition creeps in,” he said. "I didn’t want mine to ramble in that way and get duller as time goes on. So I stop it in my mid-20s.

“There might be some other kind of book, where I’m writing more about music or songwriting, or a novel," he said. "Or detective fiction.”