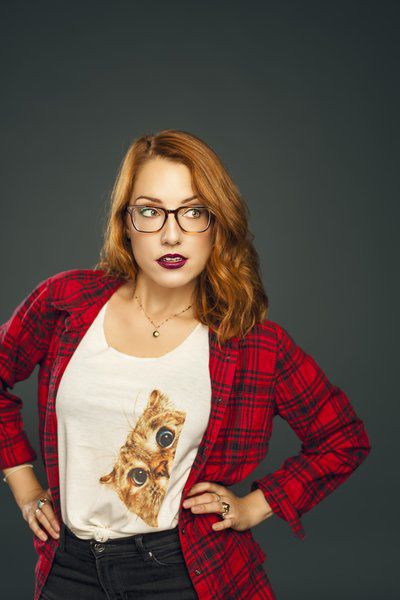 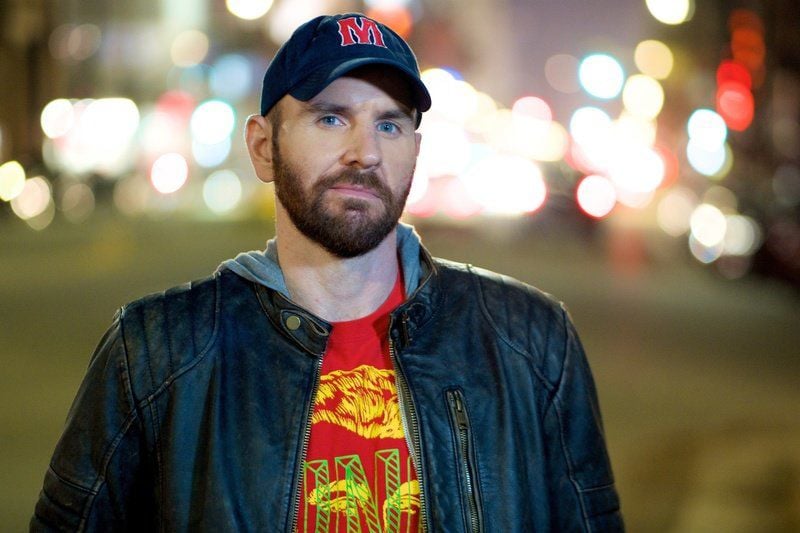 Courtesy photoStand-up comedian and podcaster Jeff May joins fellow performer Valerie Tosi for "Not Looking for Anything Serious" next week at Newburyport Brewing Co.

Courtesy photoStand-up comedian and podcaster Jeff May joins fellow performer Valerie Tosi for "Not Looking for Anything Serious" next week at Newburyport Brewing Co.

If she doesn’t exercise her comedy muscles a few days in a row, they start getting flabby, said the Los Angeles performer and former Newbury 911 dispatcher.

Tosi stays in comedy shape through lots of reps. She performs three to four times a week, either in LA — where she is the host of the longest-running all-female show at the Hollywood Improv — or touring the U.S.

Tosi, who grew up in Salisbury and graduated from Triton Regional High School in 2003, will appear at a homecoming show Wednesday night at Newburyport Brewing Co.

It’s part of The “Not Looking for Anything Serious” Tour that she is presenting with fellow LA comedian Jeff May. A Worcester native, May is a former amateur boxer who taught eighth grade in Charlton for 10 years, Tosi said in a phone interview last week.

She and May are dating. On their second date, Tosi told him: “I’m not looking for anything serious.”

They laughed their way through dinners, recalling Boston stuff such as radio jingles — “Bernieeee and Phylllllls ...”

Last fall’s World Series between the Red Sox and the LA Dodgers brought their Boston roots to the fore.

By the time Game 5 rolled around, Boston was leading the series three games to one. Dodger Stadium ticket prices dropped dramatically. Their fans were ready to throw in the towel in a way Sox fans never would.

The tickets were so cheap that Tosi and May bought a pair and went to the series-clinching game. It was great.

On her left wrist, Tosi has a Boston Red Sox tattoo, a “B.”

Occasionally, a Dodgers fan will say to her, “Oh, isn’t that cute. Did you get it after the World Series?”

“No, I got it after the marathon bombing,” she answers. Which is true.

Tosi loves the weather in LA and all the things to do. But Boston is in her blood.

Tosi recalled her 2008 move to California. She’d been a Newbury dispatcher for three years, telling people from time to time that she was going to go to LA and break into show business.

“My parents and everyone in the department thought I was insane,” Tosi said. “No one believed me.”

The morning she left, no one was home to say goodbye to her. She got in her 2003 Toyota Scion with some clothes, a keyboard and a cat named Corona. (About her pet’s name, she said, “I was 19 and an idiot.”)

That night, she called her mother from Ohio.

“So, are you coming home for dinner?” her mother asked.

But Tosi stayed in LA, where she has found success not only in stand-up comedy but also as an actress and voiceover artist, including being the voice of the Google Home Mini campaign. She has guest-starred on IFC’s “Stan Against Evil” and Netflix’s “The Joel McHale Show,” and she was the lead in a 2017 feature film, “The Sex Addict.”

Tosi said that everyone in her family is funny.

She is one of three kids. Her next youngest sibling, a sister, is seven years younger. Back in the day, when they were 17 and 10, they shared a room, which made for interesting conversations.

Tosi draws on things she knows for comic material, including family memories, being a woman in comedy and everyday craziness.

“It is definitely not the scariest thing,” she said. “Being a dispatcher was more stress. The stakes were a lot higher.”

Tosi said that her act is mostly PG and not political, though she slips in risqué material and a little social commentary.

There’s got to be a bit of chops-busting in the mix. She’s from New England, after all.

And she’ll definitely be dropping by her parents for dinner during the swing east. She loves her mother’s Italian cooking. The meatballs with pork. The homemade sauce. And her father makes a killer chowder.

Q: Musts? Places you go when you come home. If food places, what do you get?

A: I’m Italian, so most ARE food places. Hodgie’s Too for the world’s most perfect peppermint ice cream; beach pizza at Cristy’s (extra cheese, corner pieces, this ain’t my first rodeo); cider doughnuts at Cider Hill Farm; and any and all fried seafood from The Grog or The Port Tavern. I also love visiting The Hungry Traveler. Their food is some of the best in the area, and they were my first job when I was 14. I worked there on and off for over seven years!

Q: Favorite teacher and why?

A: Mr. Smith, Triton Middle and High School. He was my eighth-grade science teacher, and myself and another student were always playing practical jokes on him. He got even though when we were seniors, because he caught us sneaking back into school after skipping study hall to go to Dunkin’ Donuts. He felt guilty about ratting us out, so he pulled us out of in-school suspension and had us assemble CPR dummies instead. A true educational hero. Mr. Smith, if you’re reading this, you and a plus one get free tickets to the show.

A: Just finished “The Lady From the Black Lagoon” by Mallory O’Meara, which is GREAT. She researches one of the first women to work in animation and monster makeup, Milicent Patrick, who was also responsible for the design of “The Creature From the Black Lagoon.” No one really knows about her because she virtually got erased by a jealous male boss. I also love “The War of Art” by Steven Pressfield and “Bird by Bird” by Anne Lamott. I read those two any time I need a push to keep writing.

A: I’m a sucker for ’90s movies. “Empire Records” I’ve seen more times that I can count, “Jurassic Park” I can recite word for word, and “Practical Magic” is my guilty pleasure movie.

What: “Not Looking for Anything Serious: A Night of Comedy with Valerie Tosi and Jeff May”