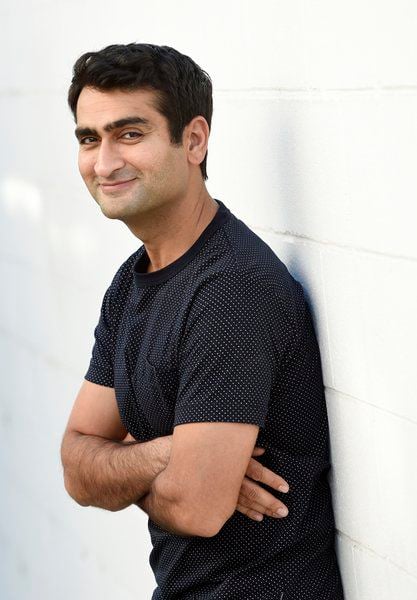 Actor-comedian Kumail Nanjiani poses at his home in Los Angeles. His latest film, "The Lovebirds," premieres Friday on Netflix. (Photo by Chris Pizzello/Invision/AP) 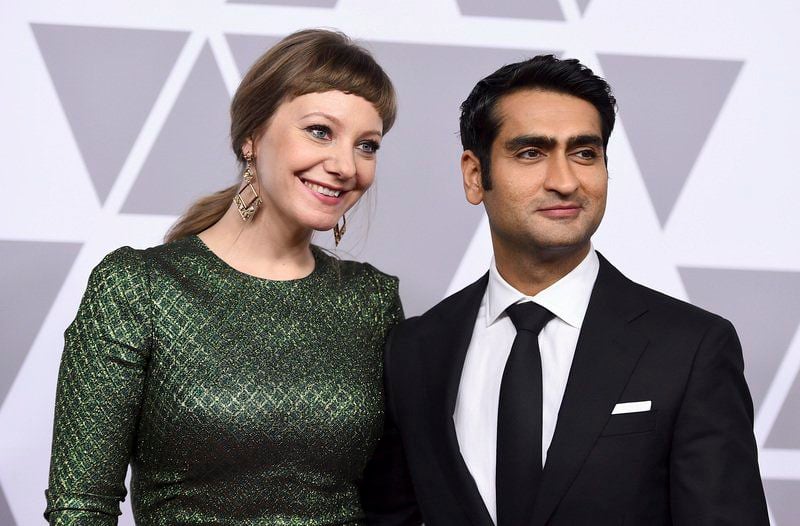 Emily V. Gordon and Kumail Nanjiani have been documenting their lockdown experience — "the mood swings and anxieties" — in a podcast called "Staying In." (Jordan Strauss/Invision/AP) 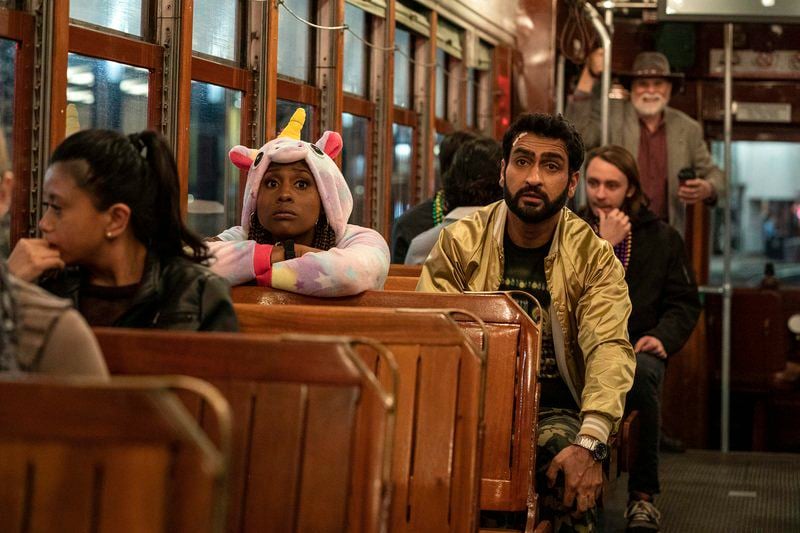 Issa Rae and Kumail Nanjiana star as Leilani and Jibran, a couple who witness a murder, in "The Lovebirds." (Skip Bolen/Netflix via AP)

Actor-comedian Kumail Nanjiani poses at his home in Los Angeles. His latest film, "The Lovebirds," premieres Friday on Netflix. (Photo by Chris Pizzello/Invision/AP)

Emily V. Gordon and Kumail Nanjiani have been documenting their lockdown experience — "the mood swings and anxieties" — in a podcast called "Staying In." (Jordan Strauss/Invision/AP)

Issa Rae and Kumail Nanjiana star as Leilani and Jibran, a couple who witness a murder, in "The Lovebirds." (Skip Bolen/Netflix via AP)

Kumail Nanjiani has a few names for quarantine life.

He has divided time firmly between “pre-Hanks/Wilson” and “post-Hanks/Wilson,” referring to the early COVID-19 diagnosis for Tom Hanks and Rita Wilson. And he has settled on calling the strange, bewildering days of lockdown “The Weirds.” This applies to all the confusion and just plain odd parts of life since the pandemic began. Like when Nanjiani was on “Good Morning America” last week.

“I did that over Zoom from my garage. It’s New York time, 5 a.m., so the sun’s not out. I’m wearing pajama bottoms,” Nanjiani said. “It’s just a strange reminder of how different everything is right now.”

With his wife, the screenwriter Emily V. Gordon, Nanjiani has been chronicling all the mood swings, anxieties and small comforts of quarantine life from their home in Los Angeles in their for-charity podcast “Staying In.” Right now, after more altruistic periods, Nanjiani considers himself in his “most selfish phase.” Like everyone else, he wants his life back.

But the quarantine has also given Nanjiani a chance to contemplate a whirlwind few years. Since his breakthrough in 2017’s Oscar-nominated “The Big Sick,” an autobiographical romantic comedy he wrote with Gordon about the dramatic beginning of their relationship, Nanjiani has morphed into a leading man.

He played an Uber driver with Dave Bautista in “Stuber.” He voiced a tiny CGI alien in “Men in Black International” and a mischievous ostrich in “Dolittle.” He’ll co-star in the upcoming Marvel movie “The Eternals.”

And now, he’s starring alongside Issa Rae (“Insecure”) in “The Lovebirds,” a comedy in which a couple, just after splitting, become embroiled in a deadly crime saga. It debuts Friday on Netflix after the streaming company acquired the film from Paramount Pictures due to the pandemic.

Not all the projects have worked. But even in the disappointments, the 42-year-old Nanjiani has been a bright spot of unrelenting deadpan sarcasm, spiraling neurosis and authentic sweetness. He tends to make anything he’s in better.

As a Pakistani-American stand-up comedian-turned-actor, Nanjiani is unlike any star before him. He's now finding his way in a Hollywood where South Asian actors, when they're cast at all, have usually been typecast. So right now, when Nanjiani isn't freaking out about the pandemic, he’s contemplating what kind of movies he wants to make.

“It’s honestly during this quarantine that I sat down and sort of thought, ‘What do I want the next five years of my life to look like?’” he said. “Sometimes you just do things because people are asking you to do it and it’s a big-budget thing. The last few years, I’ve gotten to do some stuff that I really enjoyed, that I loved, and some stuff that I didn’t enjoy that didn’t turn out great.”

Nothing captured Nanjiani’s transformation more than a photo he posted in December on Instagram displaying his new chiseled physique, a result of training for “The Eternals.” The photo — a good distance from the computer nerd of his “Silicon Valley” character — kicked off a storm of debate about body image and “the twilight of the schlubs.”

“To me, it was important. I was playing the first Pakistani superhero in a Hollywood movie, in a Marvel movie no less,” Nanjiani said. “And it was very important to me that this guy looked like he could hang with Thor or Captain America.”

Nanjiani considers “The Eternals,” slated for release next year, a new direction he’s eager to continue — not just because it’s a step outside of comedy but because of the experience working with the director Chloe Zhao (“The Rider”).

“She’s really one of the great filmmakers of our time,” he said. “Working with her changed my perspective. I realized: I want to be working with someone who makes me feel that safe.”

“The Lovebirds” is also a result of a trusted relationship. It’s directed by Michael Showalter, who directed “The Big Sick” and has collaborated with Nanjiani going back to the 2009 series “Michael and Michael Have Issues.”

For Showalter, the appeal of “The Lovebirds” was predicated largely on the combination of Nanjiani and Rae.

“I just love that they’re 21st-century movie stars. They’re not what we’re used to seeing,” Showalter said. “The idea of a movie with these two actors playing romantic opposites in a fun action movie felt like a really invigorating, fresh piece of casting that makes the whole thing feel interesting.”

It's clear that Nanjiani is motivated partly by taking roles that others might not expect him to. He's drawn to subverting stereotypes because he doesn't fit them, anyway.

“I don’t feel like I belong in any specific group. I don’t say that as a way of being like, ‘You can’t put me in a box. I’m so weird.’ I would like to belong to a specific group," Nanjiani said. "But I don’t feel Pakistani because I don’t live in Pakistan. I don’t feel American because a lot of Americans don’t think of me as American. I do comedy, but I also other things."

During quarantine, Nanjiani went back and watched three movies he hadn’t seen since he was 10: “Krull,” “Beastmaster” and “The Thief of Baghdad.”

Movie review: A night gone very wrong in 'The Lovebirds'

“The Lovebirds” stars Issa Rae and Kumail Nanjiani are two of the most exciting voices working in film and television today, as actors, writer…