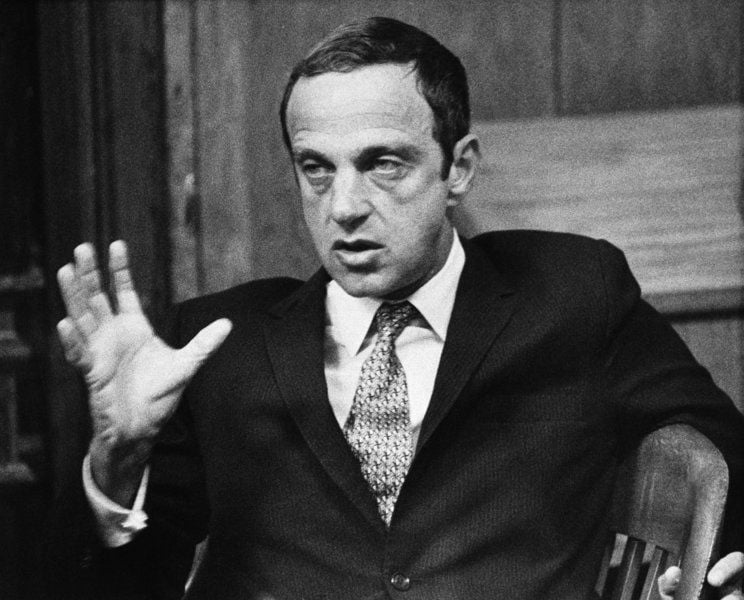 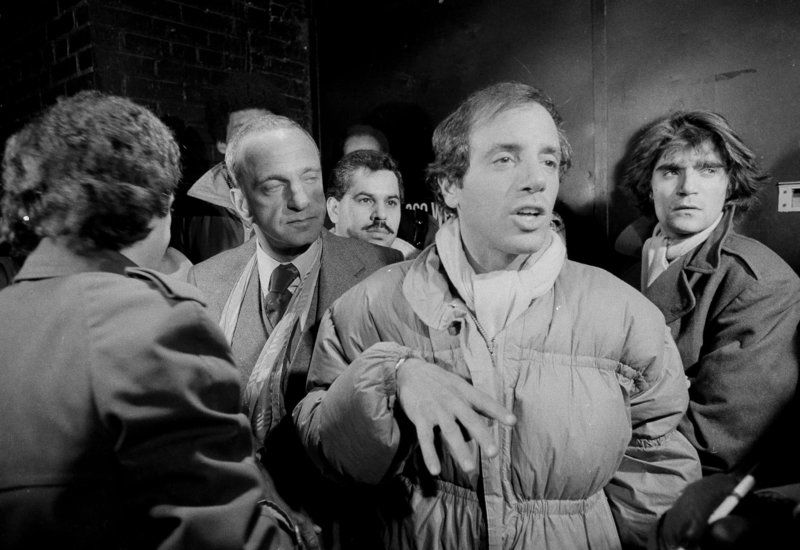 Studio 54 owner Steve Rubell, foreground, appears with his attorney, Roy Cohn, second from left, as he talks to reporters outside the club in New York following a drug and tax evasion raid in December 1978. Cohn is the subject of a new HBO documentary. (Robert Karp/Associated Press) 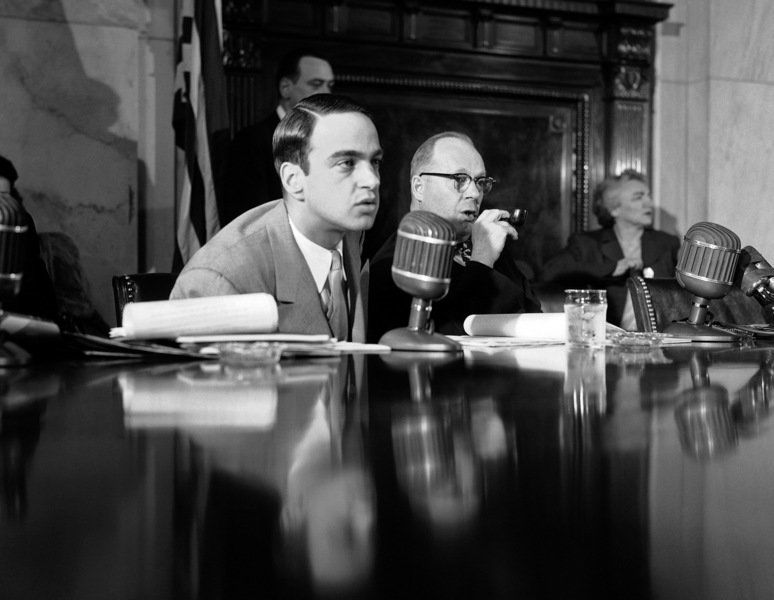 Studio 54 owner Steve Rubell, foreground, appears with his attorney, Roy Cohn, second from left, as he talks to reporters outside the club in New York following a drug and tax evasion raid in December 1978. Cohn is the subject of a new HBO documentary. (Robert Karp/Associated Press)

The director of a new documentary about Roy Cohn is not exactly a neutral party. After all, Cohn played a key role in getting her grandparents executed.

Ivy Meeropol is the granddaughter of Julius and Ethel Rosenberg, who were convicted of spying for the Soviet Union and executed in 1953 in large part due to Cohn’s influence. Objectivity is not Meeropol's goal here, but better understanding of who this slippery character is, and this film succeeds in that.

Her HBO film “Bully. Coward. Victim. The Story of Roy Cohn” doesn’t hide its loathing of Cohn, who later was at Sen. Joseph McCarthy’s ear looking for Communists in the 1950s, defended the Mafia in court and helped Donald Trump's rise. Many of these touchstone moments may be familiar to anyone who watched Matt Tyrnauer’s 2019 documentary “Where’s My Roy Cohn?” This time, it's more personal.

Meeropol interviews playwright Tony Kushner, director John Waters, gossip maven Cindy Adams, actor Nathan Lane, lawyer Alan Dershowitz, journalists, politicians and historians, but gets more intimate than Tyrnauer could ever when she spends time talking about Cohn with her left-leaning family — “He was the personification of evil,” says a cousin.

Cohn is indeed a fascinating figure, a self-hating gay man who targeted gays as security risks and defended Claus von Bulow of murder. He would later appear as a loathsome character in Kushner's masterpiece “Angels in America.” (“You want to be nice or you want to be effective?” he asks)

We learn some quirky things about Cohn, like he didn't pay his bills; enjoyed serving guests bowls of cocaine; and loved summering in the gay mecca of Provincetown, Massachusetts, despite — or perhaps because of — the risk of exposure. He seemed to have met his match in a former lover named Richard Dupont, whose anti-Cohn stunts were hilariously over-the-top. But Cohn got him sent to prison.

“To call him evil — it’s true. But it doesn’t explain 100 other things about Roy Cohn,” says author and journalist Peter Manso in the film. Meeropol does a good job of trying to explain those other things despite her family's clear bias.

Cohn died in 1986, but there are reverberations of his influence in our politics today, and showing that is one of the film's strengths. A big chunk is devoted to a young Trump, whom Cohn befriended and helped connect with Manhattan elites. It was Cohn who taught Trump to always resist and never admit that you're wrong. It was Cohn who introduced Trump to Roger Stone, convicted last year of lying to Congress.

But there are some missteps along the way, especially when the camera spends an inordinate amount of time as Manso randomly goes through Cohn's old receipts, seemingly for the first time, and blurts out that there must be money laundering going on.

Meeropol previously chronicled her grandparents’ story in her 2004 documentary “Heir to an Execution,” and this new film often drifts away from the Cohn biography to dwell on her family's heartbreak.

Michael Meeropol, her father, speaks with tenderness as old black-and-white footage plays of him and his brother visiting their parents behind bars. The filmmaker and her dad then visit the prison of Sing-Sing, where he last saw them alive. “Memory is important,” he says.

The documentary calmly and with dignity documents Cohn's fall: Disbarred and battling AIDS, he is abandoned by his fancy friends — including Trump — and dies in 1986. Interestingly, Meeropol gives Cohn the final word. “I know what the truth is,” he says from one of his last interviews.

But, by this point, we, of course, don't believe a word he says.

“Bully. Coward. Victim. The Story of Roy Cohn” an HBO release, is rated TV-MA for language and adult themes.