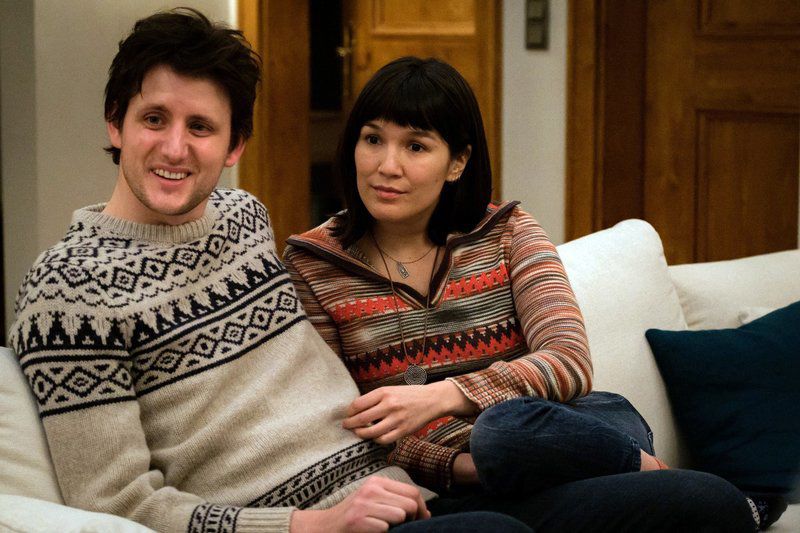 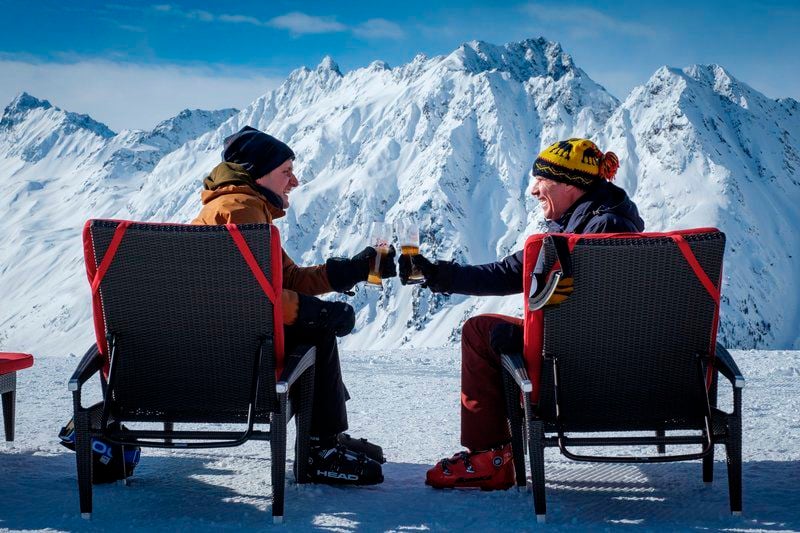 Jaap Buitendijk/Fox Searchlight via APThe characters played by Zach Woods and Will Ferrell bond in a scene from "Downhill," a remake of the Swedish film "Force Majeure." 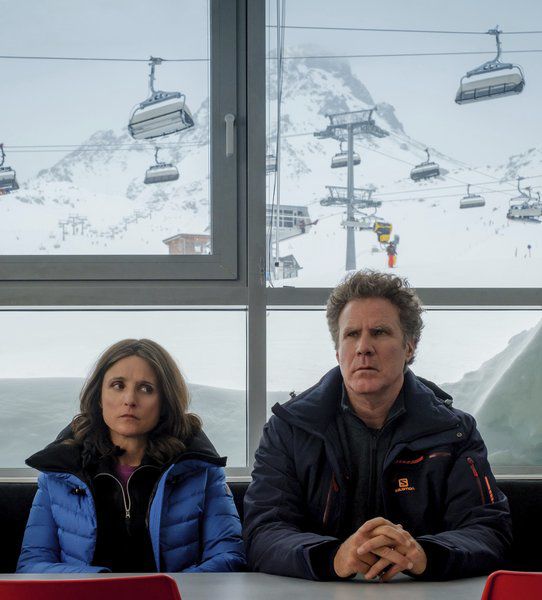 Jaap Buitendijk/Fox Searchlight via APIn "Downhill," Julia Louis-Dreyfus and Will Ferrell play Billie and Pete Stanton, whose family is fractured after an avalanche during a vacation in the Alps.

Jaap Buitendijk/Fox Searchlight via APThe characters played by Zach Woods and Will Ferrell bond in a scene from "Downhill," a remake of the Swedish film "Force Majeure."

Jaap Buitendijk/Fox Searchlight via APIn "Downhill," Julia Louis-Dreyfus and Will Ferrell play Billie and Pete Stanton, whose family is fractured after an avalanche during a vacation in the Alps.

Watching Swedish director Ruben Östlund’s deeply uncomfortable absurdist relationship drama “Force Majeure,” one can’t help but think that this bleakly obtuse and existentially unbearable film is the type that would never be greenlighted in the United States.

So it’s a bit of a shock that the award-winning 2014 film has now been remade in English as “Downhill,” with beloved comedy stars Julia Louis-Dreyfus and Will Ferrell, directed by Nat Faxon and Jim Rash, who co-wrote the script with “Succession” creator Jesse Armstrong.

A “force majeure” is a legal term referring to natural and unavoidable catastrophes that absolve parties from fulfilling any obligations interrupted by said event. That title is a bit more complex than “Downhill,” but then again, so is everything about it. The themes that are unspoken, gestured at and repressed in “Force Majeure” are drawn out and made broad, obvious and slapstick in “Downhill,” which spoon-feeds the lessons of the dark-ish comedy and cuts short the plot for the easiest-to-digest ending. Still, “Downhill” retains the essential DNA of “Force Majeure,” and therefore remains a strange and prickly piece of work.

The Stanton family, Billie (Louis-Dreyfus), Peter (Ferrell), and their two sons (Julian Grey and Ammon Jacob Ford), arrive for a luxurious ski vacation in the Alps, though it quickly becomes a reckoning of their identities, relationships and purpose. During lunch on an outdoor deck, the Stantons observe a controlled avalanche on a nearby mountainside. And as the cloud of snow bears down on them, Peter grabs his phone and runs, leaving his wife and sons clutching each other in terror.

In shock from the event and astonished at her husband’s actions and his subsequent denial of what he did, Billie unleashes an unholy war of passive aggression against her husband, in the form of tense teeth-brushing, teary wine-fueled accusations and jaunts on the slope with a hunky Italian ski instructor. Peter does his own soul-searching, hanging with his much younger co-worker Zach (Zach Woods), drowning his shame in shots at the aprés-ski club and goading his sons into daredevil snow stunts.

Quite unlike “Force Majeure,” “Downhill” wants to offer explanations and rationalizations for why the Stantons are the way they are. Peter’s grieving his father and seems thrust into a midlife crisis, relying on spontaneous “carpe diem” thrills as a reaction to Billie’s aggressive competence, the kind of “can I speak to your manager”-style assertiveness into which she mostly likely feels pigeonholed. As older parents, what they realize is while their individual identities still need nurturing, there’s a degree of parental theater and compromise required to make the family unit run smoothly.

But all the pre-chewed subtext doesn’t necessarily earn “Downhill” a gold medal, as the degree of difficulty is so high. This is a challenging film, starring comedians in largely dramatic roles and tonal shifts filled with hairpin turns. The big event happens early, and the rest is all, well, downhill from there, as the avalanche draws out the big questions about what it means to be in a family.

Despite the Stantons’ fumblings and shortcomings, Faxon — a Manchester-by-the-Sea native — and Rash have a deep well of empathy, trying to explain them, in the hopes that audiences will empathize with these difficult (and ultimately human) characters, too.