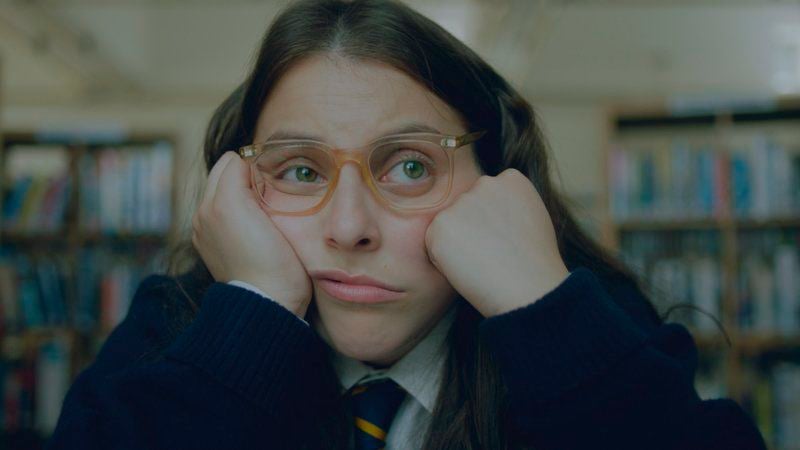 Beanie Feldstein stars in the comedy "How to Build a Girl." (IFC Films via AP) 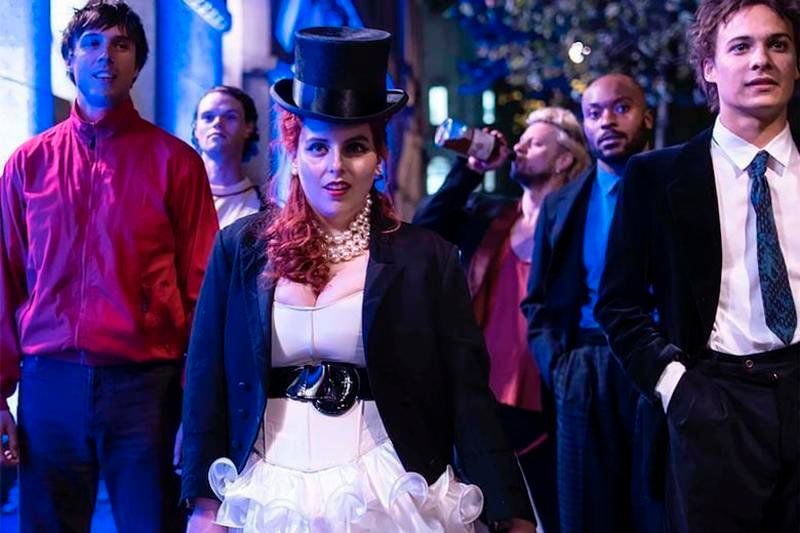 Beanie Feldstein makes a statement in "How to Build a Girl," based on the 2014 novel by Caitlin Moran. (IFC Films via AP) 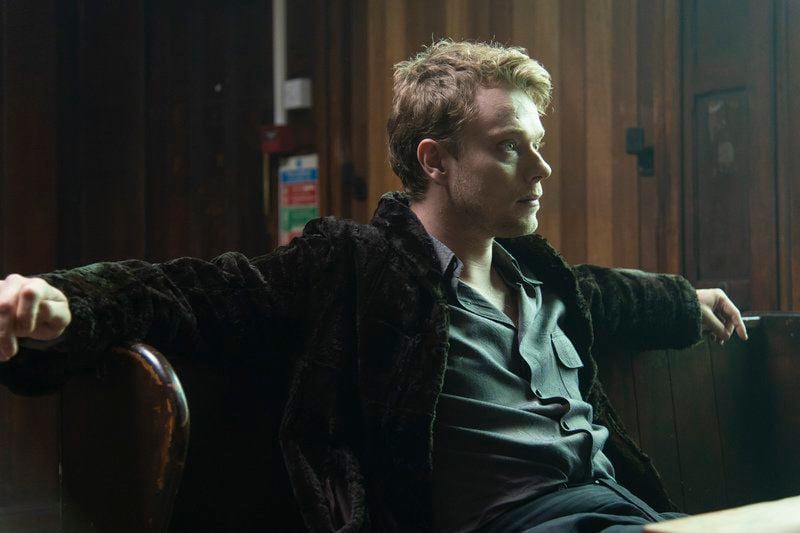 Alfie Allen is pictured in a scene from the comedy "How to Build a Girl." (Sven Arnstein/IFC Films via AP)

Beanie Feldstein stars in the comedy "How to Build a Girl." (IFC Films via AP)

Beanie Feldstein makes a statement in "How to Build a Girl," based on the 2014 novel by Caitlin Moran. (IFC Films via AP)

Alfie Allen is pictured in a scene from the comedy "How to Build a Girl." (Sven Arnstein/IFC Films via AP)

Sixteen-year-old Johanna Morrigan (Beanie Feldstein) lives a romantic and exciting life, at least in her imagination. The heroine of "How to Build a Girl" has (what she perceives to be) the misfortune of being from Wolverhampton, where everything seems to be dirty and old, where Mr. Darcys are scarce, and opportunities are even scarcer.

Her sweet family is barely getting by. Dad (Paddy Considine) breeds illegal border collies to try to fund a rock career. Mom (Sarah Solemani) has two babies and a bout of postpartum depression.

Johanna has a chorus of “friends” on her wall (pictures of Jo March, Elizabeth Taylor, Sigmund Freud, Maria von Trapp, Sylvia Plath and so on) to whom she talks for advice, but there’s only so much comfort they can provide, especially when all of her living peers make fun of her. So Johanna starts taking steps to make things, and herself, better.

Based on Caitlin Moran’s semi-autobiographical novel, “How to Build a Girl” is a wickedly funny, sweet and vibrantly told coming-of-age story that feels like a teen classic in the making.

Feldstein has made a big impression in her relatively young career as the sweet best friend Julie in “Lady Bird” and the overachieving Molly in “Booksmart.” But her turn here as a teenage dreamer turned egomaniac rock critic may just be her best role yet, and that is very much in spite of the fact that her accent takes some getting used to and the actress herself is a full decade older than her character.

Moran herself wrote the screenplay, which crackles with wit and heart and honesty. It is heightened and far too clever for real life, but gets to the truth of what it feels like to be a teenage girl trying to become someone. She is endearingly naive at first, submitting a review of “Annie” to the snobby and all-male music rag Disc & Music Echo (D&ME). But she pivots quickly when she realizes she'll have to be someone other than who she is to get a shot there.

When she gets her first assignment, she looks at her closet and heavily sighs that she has, “Nothing to wear for who I need to be.” So she trades in her school uniform, oversize plaid shirts and brown locks for some Little Mermaid-red hair, a top hat, fishnets and a brand-new pen name: Dolly Wilde.

Johanna gets to be free as Dolly to write and do whatever she wants. In her first interview, following her first flight, she forms an unlikely friendship with pop crooner John Kite (a wonderfully sweet and straightforward performance from “Game of Thrones” alum Alfie Allen). But when her too-earnest writing gets mocked again by her snarky co-workers, she constructs a newer-new model of herself.

“Everyone my whole life has lied to me. A nice girl gets nowhere,” she says. But another word that’s not fit for the wire? That type of girl gets a comeback.

Dolly takes her mean alter-ego too far, of course, disparaging everyone and everything in front of her, from Joni Mitchell and Eddie Vedder to her teachers and family (who she claims are all Ringos and nothing without her). It's all part of the process of building and rebuilding, and she evens herself out eventually.

“How to Build a Girl” was directed by Coky Giedroyc, a prolific English television director with a few film credits to her name. It’s the kind of easy-to-digest, snappy and endlessly watchable film that makes you wonder why she’s not more famous. But perhaps this film will give her that chance.

There's a lot of content to be streamed at the moment, but make a space in your queue for “How to Build a Girl.” It's worth it.

“How to Build a Girl,” an IFC Films release now available on demand, is rated R by the Motion Picture Association of America for “for sexual content, language throughout and some teen drinking.”