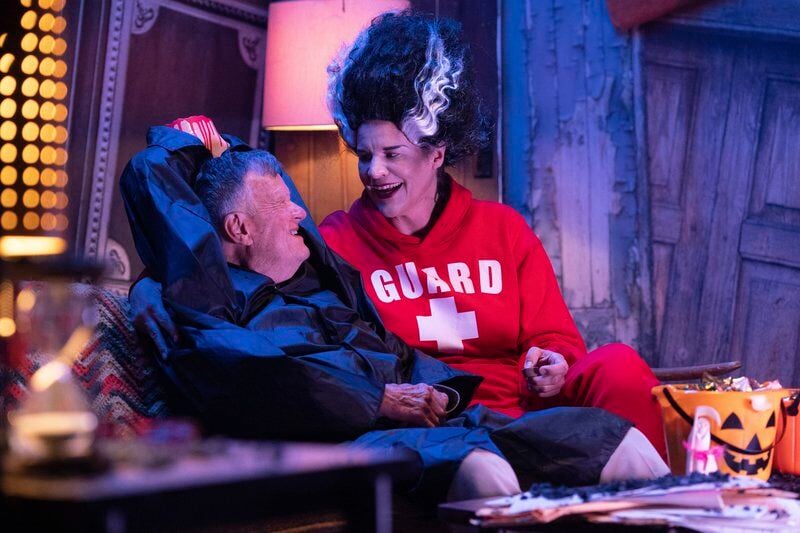 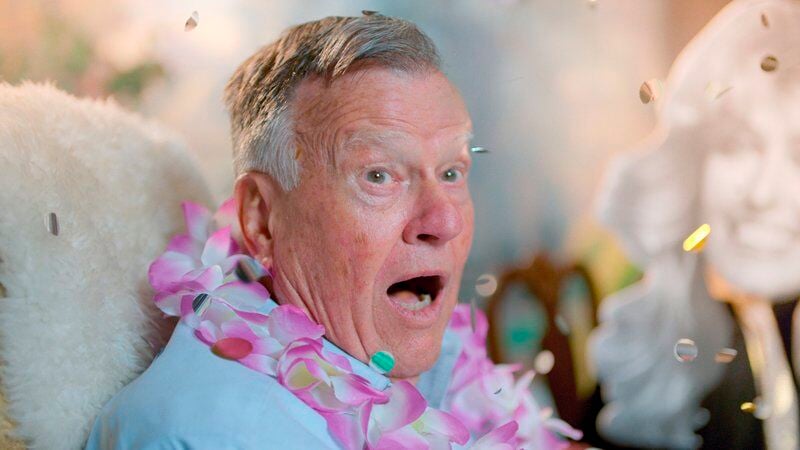 Dick Johnson humors his daughter in the documentary "Dick Johnson is Dead," premiering Friday on Netflix. (Netflix via AP)

Dick Johnson humors his daughter in the documentary "Dick Johnson is Dead," premiering Friday on Netflix. (Netflix via AP)

Kirsten Johnson's last film, the autobiographical collage “Cameraperson," was an astonishing compendium of what she, as a cinematographer, had seen in her life behind a lens.

Her extraordinary new film, “Dick Johnson Is Dead,” on Netflix starting Friday, was spurred in part by what she never captured. Reflecting on her mother, who died after years in an Alzheimer's haze, Johnson says in her latest film, “I don’t have a single frame of the warm and brilliant person she once was.”

Warmth, however, abounds in the vibrant frames of “Dick Johnson Is Dead,” a deeply moving celebration of Johnson's father made with the knowledge that he, too, will slide away. This time, it's dementia that's creeping in, and Johnson has preemptively moved against it. “I suggested we make a movie about him dying,” Johnson narrates. “He said yes.”

When his memory starts going, Johnson moves her widowed dad, a psychiatrist in Seattle, to her New York apartment, where they can not only spend more time together but make a film.

Together, they play out various imaginary demises for Dick — a sidewalk accident, a heart attack, a mock funeral, a glittery ascension to a heaven populated by luminaries like Buster Keaton and Bruce Lee — playfully finding ways to stage the inevitable.

“She kills me multiple times and then I come back to life,” Dick explains, chuckling. “It’s ‘Groundhog Day’ all over again.”

It's more than gallows humor. It's an excuse to hang out together. It's also a way, through cinema, of holding each other closer and facing down their fears.

Along the way, Johnson films their project loosely; the real conversations around their fictional scenes matter the most — the chats during setup, stories while lounging in an Eames chair. It's not all a lark. Each lost memory or surrendered freedom is painful for Dick. From a clothes-strewn closet, Johnson narrates about her concern for the toll of the film on her dad, and the difficult feeling of losing her father, bit by bit.

But in “Dick Johnson Is Dead,” he is wonderfully present, alert to his late-chapter life and alive to what still remains. He is so absolutely, gloriously there. A kind-hearted, big-smiling soul eager to chat with those around him, he exudes a brightness that would be treasured by anyone but, as seen through the eyes of his daughter, is potently radiant. Johnson has crafted the cinematic eulogy to her dad that she couldn't for her mother.

That may sound like the stuff of family album, but Johnson has a rare gift for being so nakedly and frankly personal that she speaks for everyone. She turns intimacy into rhapsody.

Stitching moments together from intrepid travels as a cinematographer, “Cameraperson" was a testament to worlds and people brought together, maybe forever, by film. I'm sure for Johnson, “Dick Johnson Is Dead” will one day be a heaven-sent reservoir for remembering her father.

But its larger gift is in spurring us all to meet mortality with humor and honesty, and appreciate loved ones while they're here. Turn the camera on; make your own memories.

Boston, Mass. - David R. Farmer passed away unexpectedly last week at his home in Boston. Born in Amesbury on August 27, 1938, he was the son of the late John and Annette (Labatte) Farmer. He attended Boston College, Northeastern University, and worked many years as an Economist for the Stat…