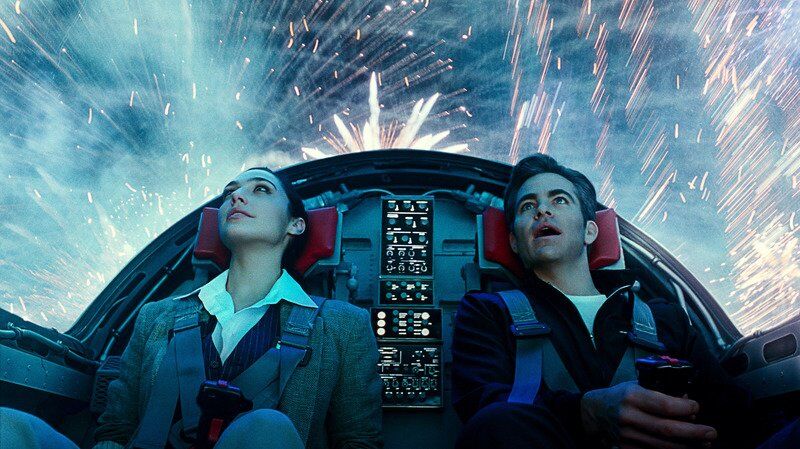 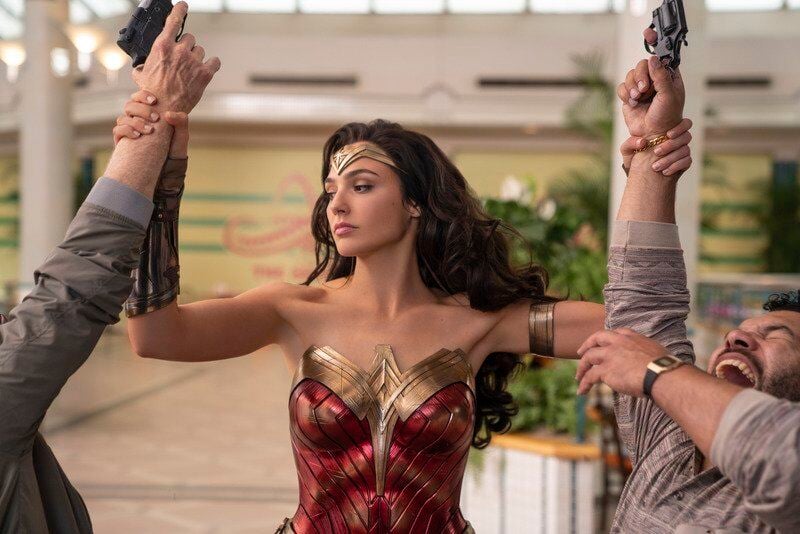 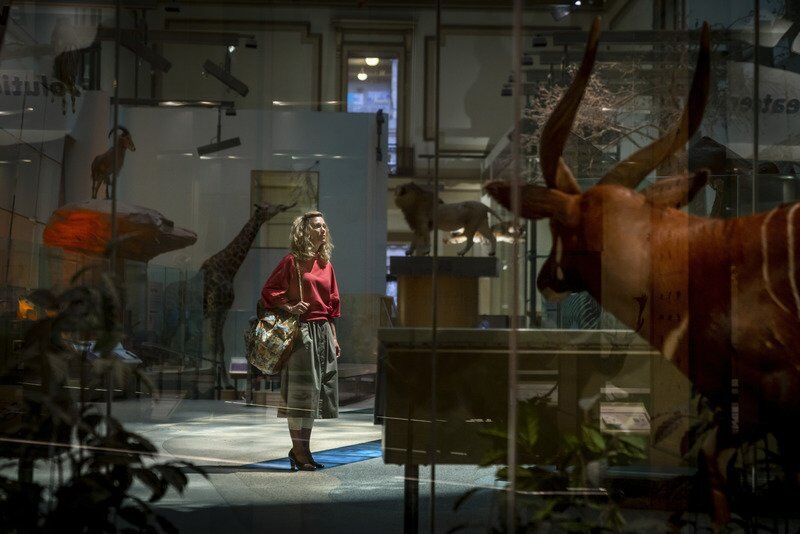 If you’re going to make a movie about wish fulfillment, 1980s America is about as good as you can do for a setting outside the Arabian Desert.

“Wonder Woman 1984,” Patty Jenkins’ time-traveling sequel to 2017’s record-setting “Wonder Woman,” shuttles Gal Gadot’s warrior to the era of Reagan economics, parachute pants and “Rio.” All have their cameos in “Wonder Woman 1984,” a superhero parable of greed and fanny packs with pointed references to today.

Two movies in, it’s clear that Jenkins and DC Comics have a thankfully different concept for Wonder Woman as a film franchise. Like its predecessor, “Wonder Woman 1984” is spirited, purposeful and blessedly lacking in grandiosity. And both films place Wonder Woman not under the burdensome heft of world building or even universe saving — or at least Gadot comes across as too resplendently regal to ever seem weighed down. She’s more a moral and muscular counterweight to ego-driven male misdirections, steering history through the repeating pitfalls of megalomaniacs intoxicated by power.

Last time, it was German and British military leaders under the sway of Ares, the god of war. This time, it’s a struggling entrepreneur/TV personality who, in stealing an ancient gem — the “dream stone” — from the Smithsonian in Washington, D.C. (where Gadot’s Diana now works), gains the power to grant wishes. Max Lord (Pedro Pascal) goes from deadbeat dad to despot, turning into a conman of mythical dimensions. He’s a diabolical genie without a bottle, or to paraphrase Robin William’s Aladdin, he’s got phenomenal cosmic powers sans the itty, bitty living space.

A snake oil salesman who placates cravings while stealing everything else is, you might say, a touch timely. “Wonder Woman 1984” plays up its Trump critique about as much as it does its ’80s style. In one scene, Steve Trevor (Chris Pine), summoned from the grave by Diana’s own wish while holding the gem, giddily tries on all the period-appropriate clothing like Ken’s fashion show in “Toy Story 3.” Best in the first “Wonder Woman” were the screwball fish-out-of-water scenes of Diana experiencing London with Trevor; this time, the roles are reversed, and the charm a little less.

What does Max’s rise have to do with Wonder Woman? A huckster is a kind of perfect foil to Diana, conceived from the start as a force for truth. (Her lasso of truth was modeled after the polygraph, an invention of Wonder Woman creator William Moulton Marston.) Jenkins opens the film with an Amazonian flashback to an obstacle course race on the island of Themyscira where a young Diana learns the value of truth. “No true hero is born from lies,” says Antiope (Robin Wright).

The dream stone transforms another, too: Barbara Minerva, a meek archaeologist played by Kristen Wiig. Awkward in heels and most everything else, she mutters that she'd like to be more like Diana when holding the stone, setting off a metamorphosis that playfully remakes Wiig's typical screen presence, and creates another foe for Wonder Woman.

Just as in “Wonder Woman,” I think Jenkins has left some opportunities on the table. The first film, despite being set in 1918 during World War I, omitted any real interaction with the era’s then-flourishing women’s rights movement — a vital source of inspiration to Marston. Likewise, “Wonder Woman 1984” — more focused on “greed is good" decade and its contemporary resonances — doesn’t much pause to interrogate the 1980s' gender imbalances. Like the last movie, “Wonder Woman 1984” becomes consumed by its (admittedly quite good) antagonist. It drags in the third act in a messy White House battle and a prolonged finale.

But I still like these movies more than most superhero films. They feel both campier and more real than Marvel movies — more like the page-turning thrill of a comic book. The ambitions of “Wonder Woman 1984” may be just outside its grasp, but it seldom feels predestined or predictable — a preciously rare commodity in the genre.

As its characters awaken to their powers, turning from recognizable people to monsters, the film keeps changing shape, enlarging as it goes. Jenkins’ pop cinema craft is limber and lucid. Pascal’s performance, more sweet than sinister, is scintillatingly over the top.

Premiering in theaters and on HBO Max in North America, “Wonder Woman 1984” will close out a year largely absent of superheroes in a release plan that has upended the film industry. It's a very big film heading primarily to the small screen, at a time when the pandemic has made the escapist, popcorn-eating moviegoing that superhero movies are made for impossible, or nearly so. That makes “Wonder Woman 1984” a nostalgia act in more ways than one.

“Wonder Woman 1984,” a Warner Bros. release, is rated PG-13 by the Motion Picture Association of America for sequences of action and violence.

Patty Jenkins wasn’t even finished making “Wonder Woman” when she started dreaming up a sequel for her and star Gal Gadot. The first film had …