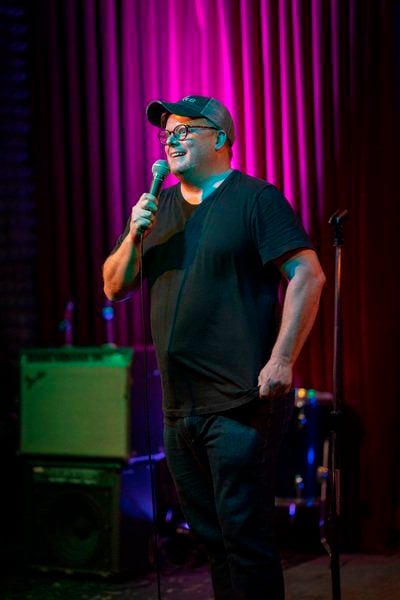 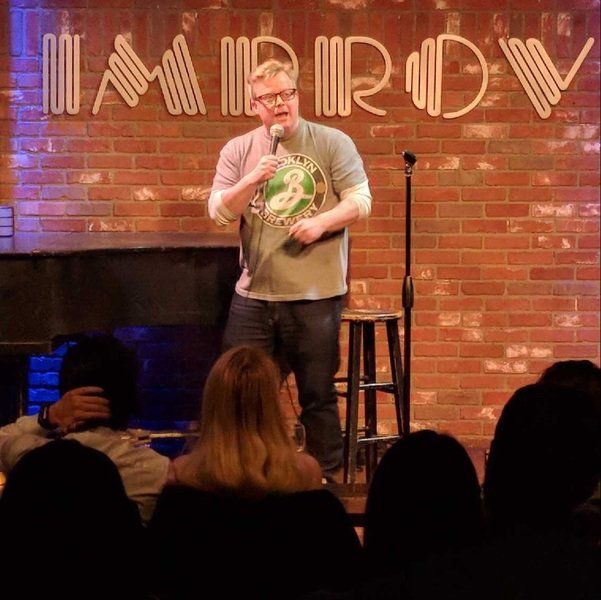 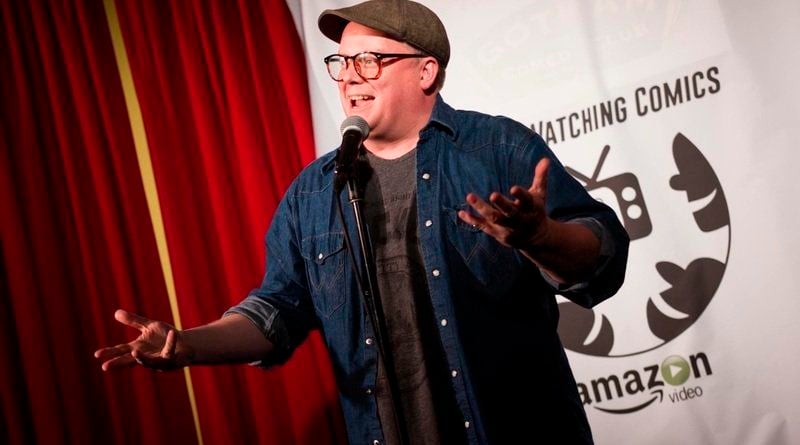 When Sean Lynch sold concessions at CinemaSalem back in 1986 and 1987, he would dream of screening his own films at the theater.

“I always thought it would be cool,” he said. “Even then, I wanted to make TV (shows) and movies.”

His dream will come true tonight, when he appears at CinemaSalem to present “Every Other Sunday,” a sitcom that he wrote and directed for Amazon, which released it Friday.

Lynch adapted the pilot from a film he wrote five years ago, “Game Night,” which won an award for best director at the International Film Festival Manhattan.

“They’re going to test that pilot for six to 10 weeks,” Lynch said. “If it gets enough hits and positive Yelp reviews, they’re going to turn it into a six- or 12-episode series.”

Following the screening, Lynch and John Mooney, who appears in “Every Other Sunday” and played Reverend Gary on the television series “30 Rock,” will each do around 45 minutes of stand-up comedy.

Lynch grew up “on the border of Lynn and Salem” and went to high school at Bishop Fenwick in Peabody, but got his first break in show business at an early age.

“When I was in fourth grade, me and some friends did a comedy sketch for a comedy show at St. Pius (in Lynn),” he said. “One of my classmates’ father worked at PBS and said, ‘You should get this kid into acting schools.’”

That’s what happened, as Lynch was soon enrolled in the Children’s Academy of Performing Arts, then started doing plays with “theater groups in Salem and Marblehead.”

After graduating from Bishop Fenwick, Lynch got a scholarship to study theater at New York University and wrote a play that won a citywide festival for one-act works during his freshman year.

But at the time, Crom was master of ceremonies at The Comedy Club in New York’s West Village, which Lynch attended on a regular basis.

“This is the summer of ’92,” he said. “I got to see Denis Leary, Janeane Garofalo, Dave Chappelle, before any of them were really famous. I was so impressed by them, I came back night after night to watch the shows.”

One of those visits gave Crom an opportunity to “sandbag” Lynch into getting up onstage for the first time.

“In a panic, I just started talking,” Lynch said. “I’m a freshman in college, so I started talking about how awful my roommate was. That first hit of laughter became addictive.”

But he was still involved in theater, and over the next seven years wrote seven plays and four one-man shows that were staged on a stretch of 42nd Street called theater row. With help from an agent, Lynch also landed a job at MTV, where he ended up working from 1995 to 2008.

“I wore a lot of hats at MTV,” Lynch said. “I did as much voice work as writing.”

He would do voice impressions for “Celebrity Deathmatch,” “a Claymation show where celebrities would beat each other up,” and also worked on “Parental Control,” a dating game show.

“I would do some of the dialogue for the hosts, but I was also the voice of the show, sort of like Don Pardo” on “Saturday Night Live,” Lynch said.

He worked as a stand-up comic from 1992 until 2001, but gave it up while focusing on his work at MTV and didn’t go onstage again until after he left.

Since 2016, he has also appeared on two seasons of a show produced by Amazon, “Comics Watching Comics,” along with a live special in 2018 that was set in Manhattan.

Lynch also got an apartment in Hollywood that year, to go with the one he has in New York, so he could work in TV commercials.

Lynch’s sense of what his comedy should be received an important jolt in 1997, when he opened for Robin Williams at a club called Standup NY, where the owner was also Lynch’s manager at the time.

“It was one of the craziest experiences I ever had,” Lynch said.

He looked for Williams in the audience while he was doing his act, but didn’t see him until he got backstage.

“I felt this hairy hand hit my shoulder,” Lynch said, then imitated Williams speaking in a clipped accent. “‘The bit about your grandmother farting — very funny.’”

After getting this seal of approval, Lynch watched for an hour and 40 minutes as Williams went wild, walking into the audience and picking entrées up off tables, then using his microphone stand as a prop.

“It blew my mind,” Lynch said. “It made me want to throw out my comedy notebook.”

Lynch realized, “I want to be able to do that, whatever that is.”

“From there on, I kept trying to do as much improvised stuff as I could,” he said.

His comedy evolved from “long-form storytelling,” as Lynch called it, to include a whole cast of voices.

“I would heckle improvisationally as I told the story,” Lynch said. “The baseline would be the storytelling, and then I would comment on the story as I was telling it, which is where I would fall into different voices.”

The voices also change at each performance, which keeps people coming back on successive nights when he’s headlining.

“Fans would say they could come to a show every night and the story would seem different,” Lynch said. “Sometimes, it’s a totally different take.”

He said that he can usually feel where an audience wants to go, and if he gets a good response at CinemaSalem, he is hoping to perform at screenings of “Every Other Sunday” around the country.

“Television has changed so much,” Lynch said. “Once, you sold a pilot and you had a series. Depending on how things go in Salem, I want to do the same thing in Atlanta, New York, Los Angeles, and get the word out there. It’s an old-fashioned way to promote a show, but it’s also incredibly fun.”

What: “Sean Lynch and His Funny New Show”