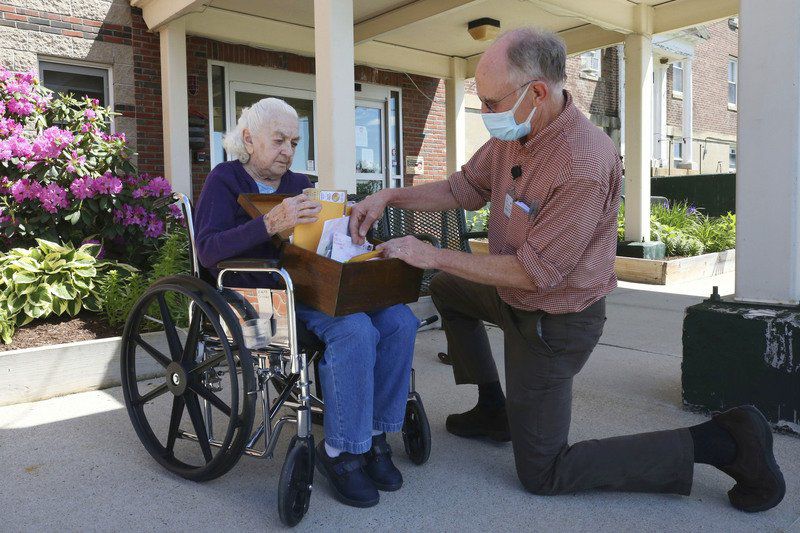 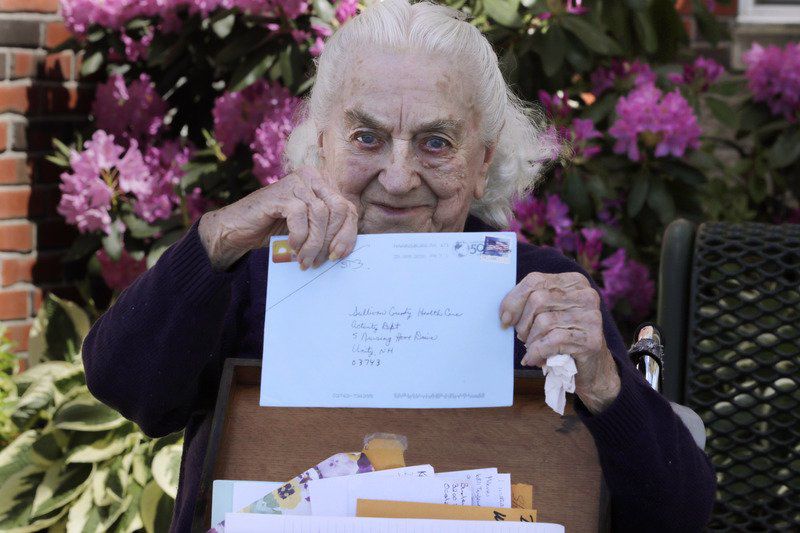 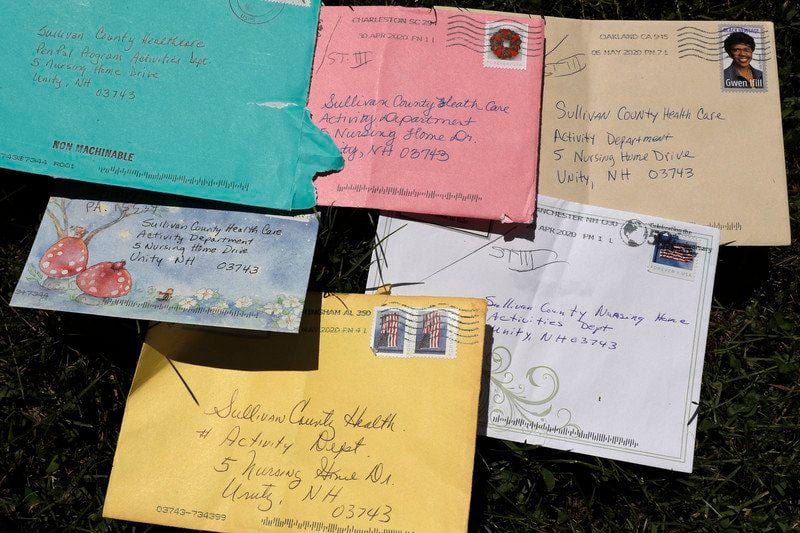 Rich Vanderweit saw the loneliness of older people in the COVID-19 pandemic, and he devised a modest effort to ease their isolation.

Vanderweit, an activity aide at Sullivan County Health Care in Unity, New Hampshire, thought: Why not match his nursing home residents with pen pals at Summercrest Senior Living Community 12 miles away in Newport? Both facilities had stopped allowing visitors because of the virus.

By the end of April, about 20 residents were participating. But then the program was featured in the local newspaper and on TV.

Soon, letters began pouring in, at least 700 from around the United States. The stacks of mail got so large that Vanderweit organized a pen pal club, which gathers once a week to read the letters aloud and respond as a group. Sometimes they get simple cards that say, “Just brightening your day, no need to write back.” Others send heartfelt letters.

“The whole country is suffering because of this, and we’re getting stories of people’s lives and what their everyday existence is like,” he said. “It’s been really amazing. We have a window on America here.”

Flo Young, a 93-year-old resident of the Sullivan County home, said she didn’t think much of the program initially.

“I thought maybe we’d get a couple of letters or so, but boy, we got bombarded!” she said.

“Sometimes they tell us about themselves, other times their hobbies,” she said. In turn, she tells them about “the weather, our beautiful weeping willow tree and the big red barns we have out here.”

Another resident, Marion Duford, has been writing to a woman from nearby Charlestown, who described taking a ride in a motorcycle sidecar. They hope to meet in person someday.

“I get all excited when I get a letter,” she said. “It’s an old-time thing, but it’s a chance to meet new people.”

Barbara Rabtoy, the activities director at Summercrest, said the program is equally beloved by her residents, including one who has struck up a friendship with a fellow baseball fan and has been exchanging baseball cards along with letters.

Some writers give updates on their pets — “Blackie is doing much better now that I got him to the salon. He was getting very shaggy.” A Midwestern woman described canning vegetables from her garden.

“I pray that all is well with you and that you continue to stay safe,” she wrote. “Please write back, I would love to continue writing to my new friends.”

Vanderweit said his initial goal was to build a bridge between two lonely populations.

“This is such a community-based facility, it’s been a hardship for the residents because they can’t have people in like we used to,” he said. “It started out as people writing to us to offer support, and now we are also supporting our new friends.”

As grateful as he is for the outpouring, residents can’t take on any more requests for pen pals for now, he said. Postcards are welcome, or he suggests people reach out to nursing homes in their home states.