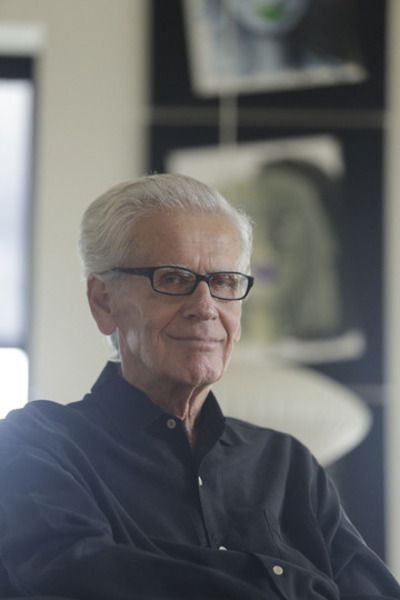 Ron Emmerling sits for a portrait in his Newburyport home. 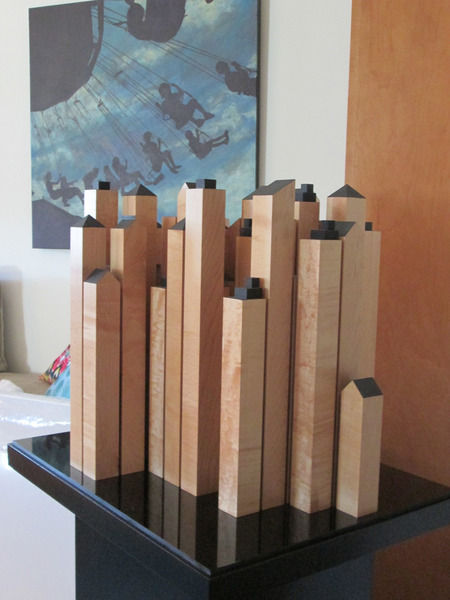 Ron Emmerling created this sculpture, called "Midtown," out of rock maple in 2009. 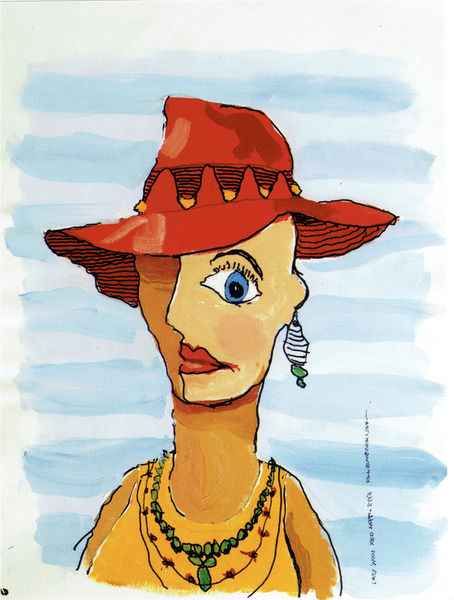 "Lady With Red Hat" is the first painting that Ron Emmerling ever did, inspired by a mannequin in Miami and finished this spring. 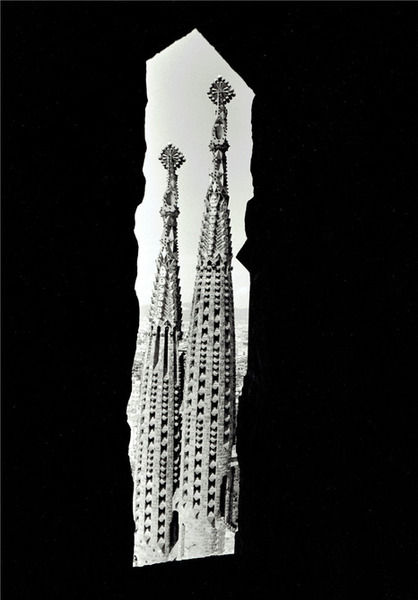 Ron Emmerling took this photograph in Barcelona, Spain, in 1999. 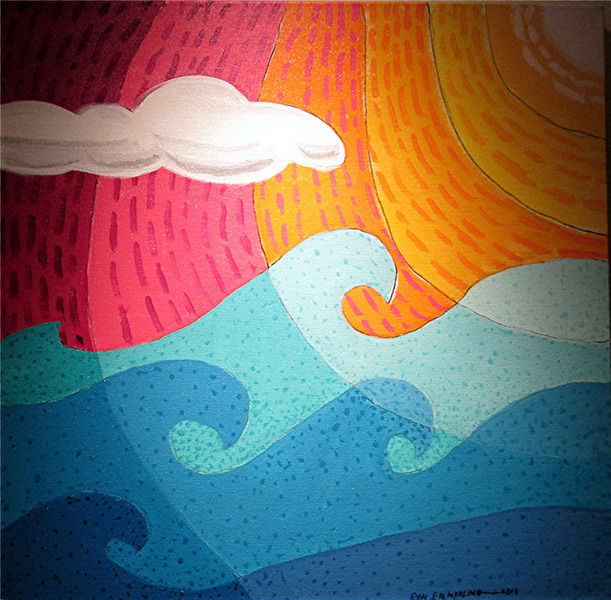 "Sun and Sea" is Emmerling's most recent painting, completed this week. 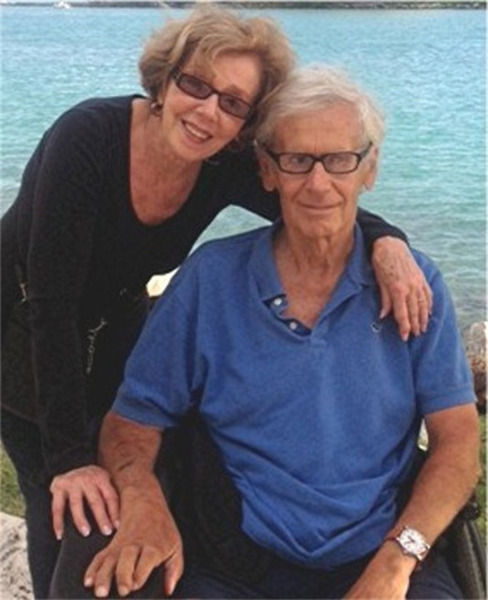 Ron and Karla Emmerling in 2012 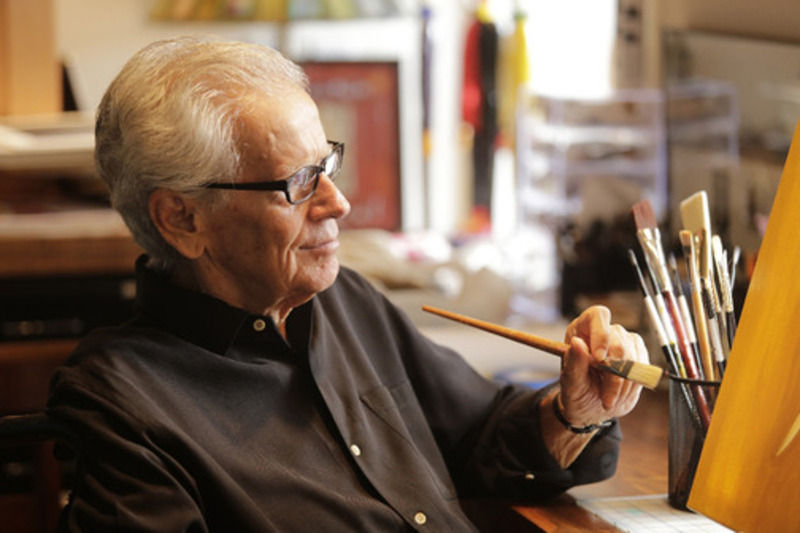 Ron Emmerling sits for a portrait in his Newburyport home.

Ron Emmerling created this sculpture, called "Midtown," out of rock maple in 2009.

"Lady With Red Hat" is the first painting that Ron Emmerling ever did, inspired by a mannequin in Miami and finished this spring.

Ron Emmerling took this photograph in Barcelona, Spain, in 1999.

"Sun and Sea" is Emmerling's most recent painting, completed this week.

Ron and Karla Emmerling in 2012

For most of his life, Ron Emmerling had no interest in painting and always shied away from the label artist.

“I’m a designer, not an artist,” he recalls telling people often.

As the owner of Ronald Emmerling Design Inc. in New Jersey with wife Karla, a lot of his work was marketing-driven. In his spare time, he enjoyed doing sculpture, precision paper collage, and black-and-white photography, which he exhibited in a few shows.

But he had never picked up a paintbrush until earlier this year, after a devastating setback forced the retired couple to re-evaluate their lives. A stroke in July 2010 left Emmerling without the use of his right side, unable to walk or eat.

After that, the couple sold their home in New Jersey and moved to Newburyport in November 2011 to be near their two daughters, Robin Reeves and Susie Emmerling, and their three grandchildren, Sam, Jack and Matthew Reeves.

“We just decided it was much better to be close to one another,” Karla Emmerling said.

Unable to even write his name after his stroke, Ron slowly adjusted to using his left hand. And Karla, knowing that a life without art was unimaginable for him, gently encouraged her husband to start creating again, suggesting that painting could be a new hobby for him.

“I didn’t want to paint,” Ron said. But he reluctantly agreed.

His first painting, inspired by a photograph they took of a mannequin at a Miami flea market, was done on a canvas pad and is called “Lady With Red Hat.”

“He started painting last March, and he has been well since last March,” said Karla, who has been married to Ron for 52 years.

Now comfortable with being called an artist, Ron Emmerling has created around 30 paintings in the last several months. Ranging from nudes to beach scenes to portraits, they will all be on display in a pop-up art salon at the couple’s home this weekend.

The show, called “Ron Emmerling Reinvented: The Evolution of an Artist,” is a retrospective of all of his work, from his early drawings as an industrial design student at Pratt Institute in New York to his most recent painting, “Sun and Sea,” a colorful piece finished earlier this week.

The idea for the exhibit first emerged when Karla Emmerling met curator Paula Estey at a cocktail party this past spring. They got to talking about Ron and his years of work.

“I just fell in love with him,” said Estey, a mixed-media painter and the artist in residence at Amesbury’s Unity on the River.

In June, Estey had a solo show at the Newburyport Art Association, and the Emmerlings came to see it. That’s when the real planning began for “Ron Emmerling Reinvented.”

“We started chatting,” Estey said. “They were ready to explore a show for him.”

They started looking at possible venues but ultimately decided that the couple’s penthouse apartment on Prince Place was the best showcase.

“It’s a great space,” Estey said. “It’s really a very unusual and wonderful opportunity to see an artist in his environment.”

Visitors will have the opportunity to explore most of the Emmerlings’ home, along with the building’s roof deck. The main salon, featuring the majority of Ron’s paintings, takes up the wall space in the living room, while photographs, sculptures and other artwork line the hallways and even extend outside the apartment and into the stairwell. The neighbors love it, the Emmerlings said.

A video that will play in Ron’s studio highlights his college work along with a number of items created at Ronald Emmerling Design, including a sewing machine, tiny cameras and radios, and a pepper mill that was sold in the gift shop at the Museum of Modern Art in New York City.

“I had to drag out his old Pratt notebooks from 55 years ago,” Karla Emmerling said.

The video was made by Barry Kaplan, owner of The Finer Image in Danvers, who also helped the pair by developing some of Ron Emmerling’s never-before-seen photographs for the exhibit.

The show also features new sculptures by Emmerling, including one he was still completing this week. He sketches out the design, has the parts made and shipped to him, and then pieces them together and paints them. Between painting and sculpting, he works for up to five hours a day.

“It has been every day for the last six months,” he said.

Most of Emmerling’s pieces will be for sale this weekend, although his wife said she will be sad to see some of it go.

“I do like the idea of them having homes with people who love art,” she said. “I keep liking what he’s doing, so he’s going to make me more.”

The pop-up salon will open with “a really swell party” tomorrow evening, complete with catered food and a bartender serving drinks, Estey said. The exhibit will also be open to the public on Saturday and by appointment on Sunday.

“It’s a great introduction to Ron,” Estey said. “This is a way of bringing the art world to him and him to the art world.”

What: “Ron Emmerling Reinvented: The Evolution of an Artist”

When: Opening reception tomorrow, 6 to 9 p.m.; Saturday, noon to 6 p.m.; and Sunday, by appointment