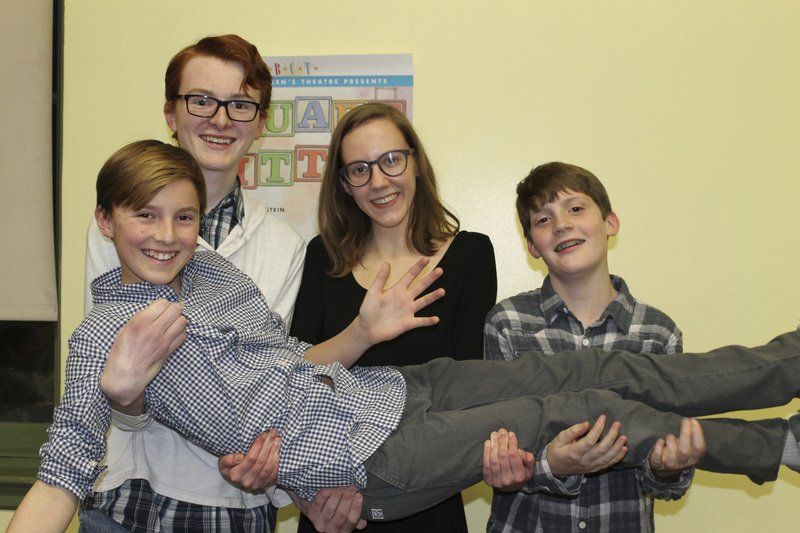 Miles Tardy of Byfield stars as “Stuart Little” in Boston Children’s Theatre production of the musical. Holding him, from left, are Bryan Marden of Merrimac as Mr. Little, Sophie Pels of Newton as Mrs. Little and Henry Loftus of Newton as Stuart’s brother, George. 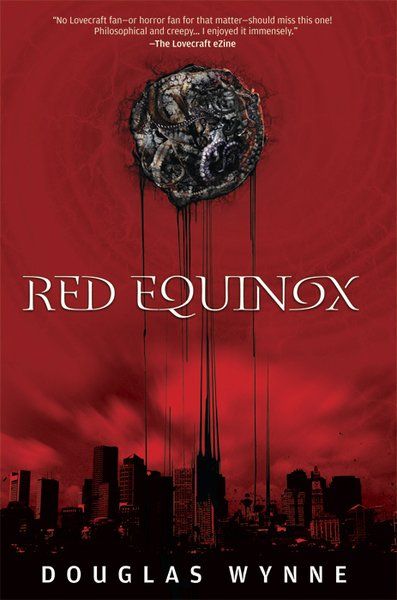 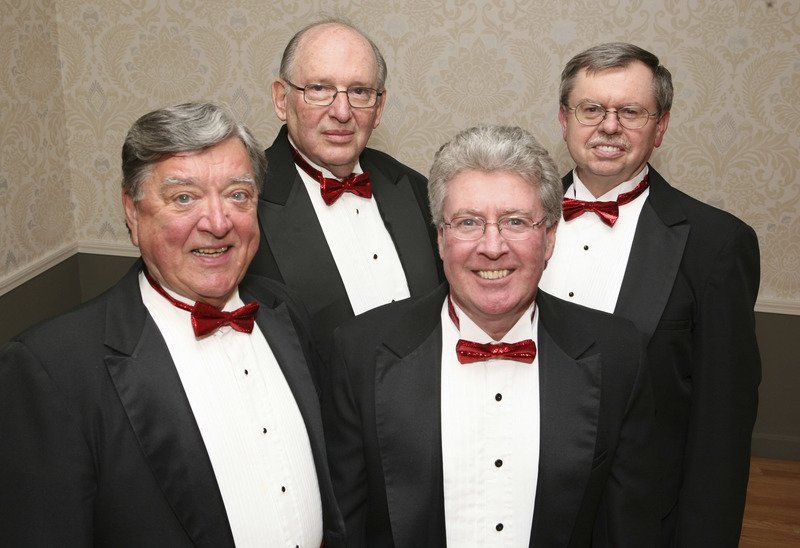 Courtesy photosThe Essex County 4 will be among the quartets from the Beverly Northshoremen Barbershop Chorus offering Singing Valentines on Feb. 13 and 14. From left are Fran Page of Lynn, Irwin Cohen of Salem, Charles Coogan of Danvers and Steve O’Connell of Danvers. 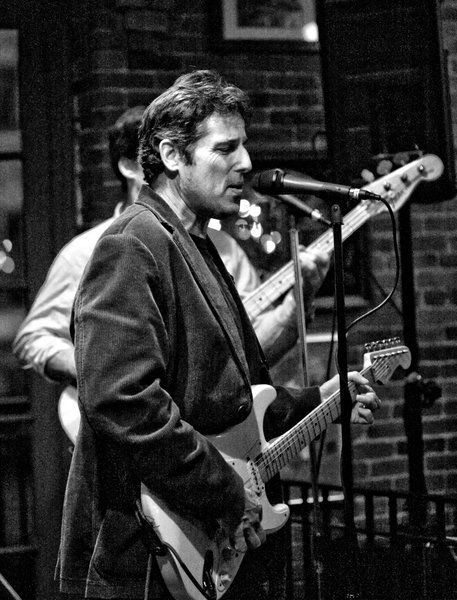 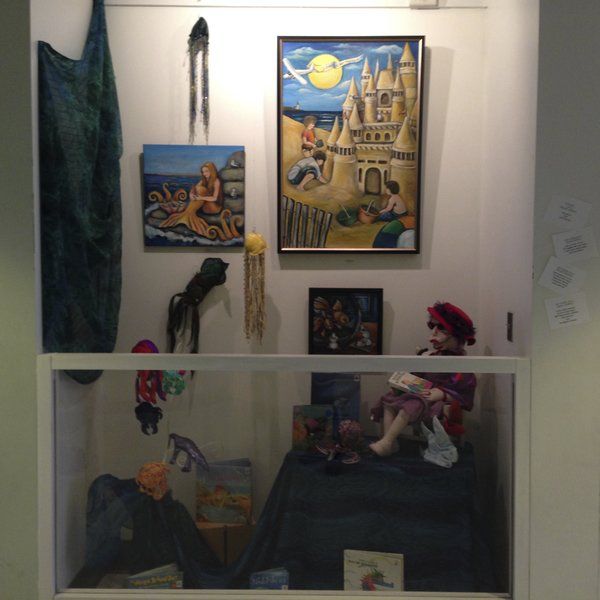 Miles Tardy of Byfield stars as “Stuart Little” in Boston Children’s Theatre production of the musical. Holding him, from left, are Bryan Marden of Merrimac as Mr. Little, Sophie Pels of Newton as Mrs. Little and Henry Loftus of Newton as Stuart’s brother, George.

Courtesy photosThe Essex County 4 will be among the quartets from the Beverly Northshoremen Barbershop Chorus offering Singing Valentines on Feb. 13 and 14. From left are Fran Page of Lynn, Irwin Cohen of Salem, Charles Coogan of Danvers and Steve O’Connell of Danvers.

Miles was most recently seen in BCT’s “Fame Jr.” He has also appeared in “13” at the Firehouse Center for the Arts in Newburyport and in numerous productions at Newbury Elementary School, including “American Dream” and “Sweetly Ever After.” He is a seventh-grader at Brookwood School in Manchester-by-the-Sea.

Bryan has worked with several local theater companies, including Acting Out! Productions in Newburyport and ACT Theater Company in North Andover. He recently played Winthrop in “The Music Man” at Ogunquit Playhouse and Peter Cratchit in “A Christmas Carol” at both North Shore Music Theatre in Beverly and Palace Theatre in Manchester, N.H. He is a freshman at Pentucket Regional High School.

“Stuart Little” tells the story of a small mouse born into a human family in New York City. Based on the classic children’s book by E.P. White, the musical follows Stuart as he bravely navigates the world and dodges the spiteful family cat, Snowbell.

An Amesbury gallery is encouraging the community to get creative with chocolate.

The public will vote on the entries, with winners being selected in three categories: best-tasting chocolate dessert, best artistic talent and creative inspiration.

To participate in the exhibit, stop by the gallery to fill out an entry form or email Asia Scudder at asiascudder@gmail.com. The entry fee is $10, or $8 if you bring in a jar of peanut butter for the Chamber of Commerce’s annual “Spread the Love” campaign in support of Our Neighbors’ Table. All entries are due by next Friday, Feb. 6.

To vote on the creations, visit the gallery during the Chocolate Frolic, which runs all day on Feb. 7 in downtown Amesbury and features a number of treats and specials at local businesses. All of the participating businesses will also be collecting peanut butter.

A launch party for a new Boston-based thriller will be held tomorrow night at Jabberwocky Bookshop.

“Red Equinox” by Salisbury’s Douglas Wynne follows urban explorer and photographer Becca Philips, who was raised in the shadow of Miskatonic University, steeped in the mysteries of her late grandmother’s work in occult studies. But what she thought was myth becomes all too real when cultists unleash terror on the city.

Equal parts horror-thriller, urban fantasy and science fiction, the book riffs on the mythology of late author H.P. Lovecraft. Wynne is also the author of “The Devil of Echo Lake” and “Steel Breeze.”

The event will start at 7 p.m. at The Tannery Marketplace, 50 Water St., Newburyport. Admission is free, and refreshments will be served.

A conservationist from the Belize Raptor Research Institute is making his first trip to the United States for a program next week in Newburyport.

Roni Martinez will speak on Tuesday from 7 to 8 p.m. at the Joppa Flats Education Center, 1 Plum Island Turnpike. His presentation is appropriate for all ages.

Martinez was born in Belize, where he worked as a natural history guide at Blancaneaux Lodge from 2004 to 2014. In 2009, he became Blancaneaux’s first conservation officer. Currently, his work involves research and collaboration on several projects with species such as jaguars, macaws and raptors.

In May 2014, Martinez established his own nongovernmental organization that works for the conservation of endangered species and his own birding company, which raises the money needed for his projects.

The program is free for Mass Audubon members and $4 for nonmembers. Registration is not required.

The Actors Studio of Newburyport is casting adult male and female actors for an upcoming festival.

To celebrate Women’s History Month, the studio put out a call to female playwrights. The result is “Claiming the Space: A Play Fest of Women’s Voices,” featuring eight short plays all written and directed by women.

Actors should come prepared to do two contrasting monologues, one minute each. Monologues do not have to be memorized. If possible, please bring a head shot with contact information on it.

Auditions are by appointment; email marc@newburyportacting.org to set up a time.

Give the gift of song to your valentine

Looking for a unique way to surprise your sweetheart on Valentine’s Day? The Beverly Northshoremen Barbershop Chorus is once again offering Singing Valentines.

Barbershop quartets will travel to offices, homes, schools and other venues throughout Essex County to sing for unsuspecting recipients. In addition to two love songs, the quartets will also present a long-stemmed rose, a card and a photo of the event to each recipient.

The Singing Valentines are a major fundraiser for the nonprofit chorus, which puts on shows at assisted-living facilities and nursing homes in the region and appears at high school concerts and a cappella nights.

The Band of Brushes, a local artists group, is showing off new work starting tomorrow at Anna Jaques Hospital in Newburyport.

The members of the group share a love of nature and plein air painting in oil, watercolor, pastel and acrylic mediums. They meet weekly to paint outdoors at North Shore and seacoast locations.

Warm up this weekend at the first Souper Saturday of the year at the Emma Andrews Library & Community Center.

Starting at noon Saturday and lasting until the food runs out, the event will feature corn rice soup with smoked sausage, turkey chili and African peanut soup.

A $5 donation pays for soup, bread and desserts.

Proceeds from the event benefit the children’s summer programs at the library, which is located at 77 Purchase St., Newburyport. Additional Souper Saturdays are scheduled for Feb. 28 and March 28.

Reading the focus of traveling exhibit

Two local artists have joined forces to make “Reading Come Alive” in a show that has been traveling around the region. It is now on display through Feb. 13 at Pine Grove School in Rowley.

Designed to enhance children’s (and adults’) reading interests, the exhibit features storytelling paintings by Leslie Beauregard and soft-sculpture puppets by Barb Harrold. At the school, it shares a genealogy portion in the upstairs alcoves, where three family tree canvases give ideas of ways to portray family connections, along with family-themed paintings and puppets.

A public “Meet & Greet” with the artists and puppets will be held next Thursday, Feb. 5, from 4 to 7 p.m. in the Pat Marshall Gallery at the school, 191 Main St.

‘Warm up’ for Pentucket foundation

The fifth annual Winter Warm-up Gala will be held Saturday at 7 p.m. at Veasey Park in Groveland.

A fundraiser for the Pentucket Education Foundation, the event will feature music by the band Don’t Call Me Shirley, beer and wine tastings, hors d’oeuvres, and a silent auction.

Kerans is a singer, songwriter and guitarist influenced by Tom Petty, Leonard Cohen and Bob Dylan. He was the 2009 runner-up in 92.5 The River’s Rising Star Contest and has opened for a number of national acts.

Also a singer, songwriter and guitarist, Selcer plays a blend of Americana, folk, rock, roots, reggae and everything in between.

Both shows start at 8 p.m. at the downtown Newburyport eatery.

“Five Writers, Five Paths to Publications” is the subject of a panel discussion being held tonight at the Rowley Public Library.

Hosted by the Nevertheless Writers, a cross-genre collaborative of North Shore authors, the free program starts at 7.

Authors Elizabeth Atkinson, Nancy Crochiere, Edith Maxwell, Susan Paradis and Holly Robinson will talk about the varied paths to book publication and their own experiences.

John Levesque will take the stage on Saturday night at the Hideaway Pub in Salisbury.

Levesque started his professional music career at age 14, when he performed his original country and R&B music in Boston restaurants, clubs and colleges. He went on to lead the bands Wild Horses and Montrose and now plays acoustic covers extensively in the New England area. He will play from 8:30 to 11:30 p.m.