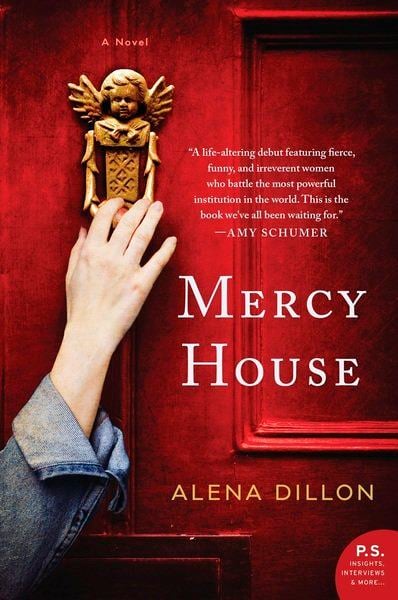 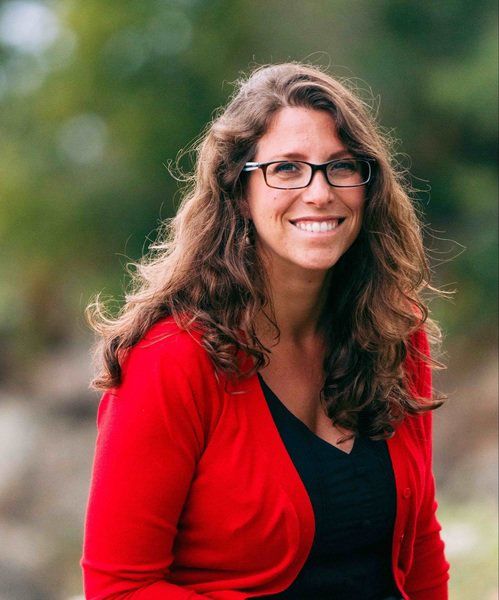 Courtesy photo"Mercy House" is the first novel by Alena Dillon, who lives in Beverly and will give a reading at Atomic Cafe next Thursday.

Courtesy photo"Mercy House" is the first novel by Alena Dillon, who lives in Beverly and will give a reading at Atomic Cafe next Thursday.

Alena Dillon wrote her debut novel, “Mercy House,” as “a bit of a love letter” to some nuns.

These are women she used to work with at St. Joseph’s College in Long Island, where Dillon still teaches creative writing online.

“These women were just bustling around, never saying ‘no’ to anyone,” she said.

When their work at school was done, the nuns worked second shifts caring for the elderly and for victims of abuse at a women’s shelter.

“Their lives are devoted to students and the community,” Dillon said. “They’re doing this because it’s their life’s mission.”

The main characters in “Mercy House,” which Dillon will discuss at Atomic Coffee Roasters in Beverly next Thursday, Feb. 13, are nuns who run a shelter for victims of domestic violence in the Bedford-Stuyvesant neighborhood of Brooklyn.

They are led by 69-year-old Sister Evelyn, who joined the order to fulfill a promise that her father made, but eventually embraced its way of life.

“She began to find comfort in the communion of sisters, peace in prayer, and purpose in the commitment and sacrifice,” Dillon writes.

But Sister Evelyn and each of the nuns at Mercy House that the reader meets — along with the girls and women they care for — are people with flaws, not saints.

Their contradictions reflect another lesson that Dillon learned from working with nuns, who seemed like superheroes in their dedication but were all too human in their displays of emotions such as jealousy.

“They were fascinating,” Dillon said.

But the work of the nuns in “Mercy House” is called into question by an investigation, conducted by the leadership of their church, as to whether they are complying with church rules.

That element of Dillon’s story is also based on fact, because the Catholic church began an apostolic visitation, or inquiry into women’s religious institutions in America, in 2008.

Dillon became aware of this program, which issued a final report in 2014, from the nuns she worked with in New York.

“I was there in 2011, which was the tail end of this visitation,” she said. “They didn’t divulge anything to me, but I would get these whisperings from these women who were so devoted, who now have to answer and prove their devotion. It felt like a betrayal.”

That circumstance provides the background for “Mercy House,” when the shelter is investigated, and the nuns that work there “know they have something to hide,” Dillon said.

So does the bishop who has come to inspect their practices, who has a “dark history” with Sister Evelyn, although it’s unlikely he will ever be punished or even accused.

“At this point, there’s been a precedent set that when a man committed wrongdoings, he is shuffled around more than held accountable,” Dillon said.

“Mercy House” is Dillon’s first novel to be published, while another novel is slated to appear in 2021. She has six manuscripts still sitting in a drawer.

Dillon, who will also be part of the Newburyport Literary Festival on Saturday, April 25, said that she has wanted to be a writer since fifth grade and writes because she feels she has to.

“It’s like working out,” Dillon said. “It’s a habit I need to do for my own well-being.”

She graduated from the Master of Fine Arts program in creative writing at Fairfield University in Fairfield, Connecticut, in 2011, and moved to Beverly in 2015.

Her husband teaches math at Endicott College, where Dillon taught a full semester in the fall of 2018 and a Young Writers’ Workshop last June.

She has also published a work of humorous essays, “I Thought We Agreed to Pee in the Ocean,” and “Mercy House” has an endorsement on its front jacket from comedian Amy Schumer.

“My agents passed the book on to her, and she was generous enough to read and endorse,” Dillon said. “It was the thrill of a lifetime.”

That sense of humor is evident throughout “Mercy House,” where the action is intense, but the characters respond with wicked wits.

“It is a serious book, but the characters are funny,” Dillon said. “There are light moments.”

How much: Free, with books available to purchase