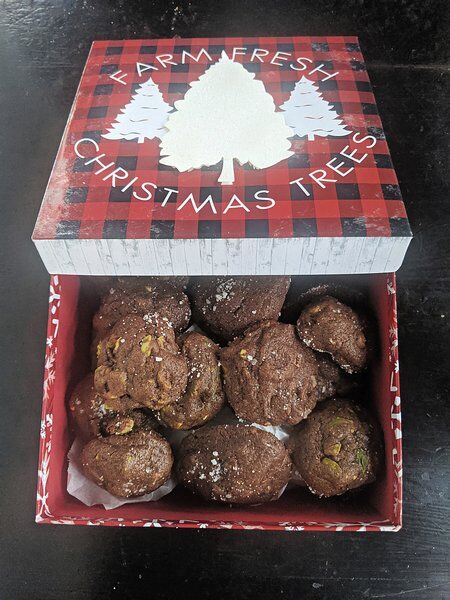 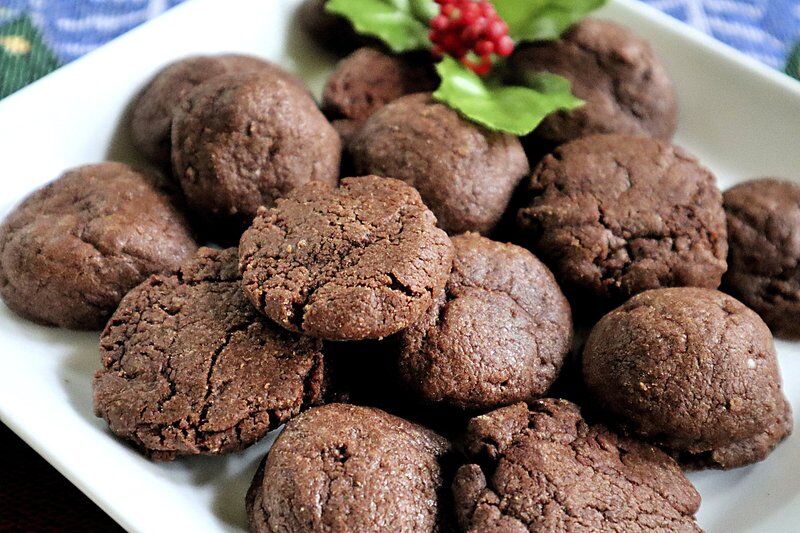 Mexican chocolate Christmas cookies are kissed with cinnamon and a dash of chile pepper.(Tribune News Service) 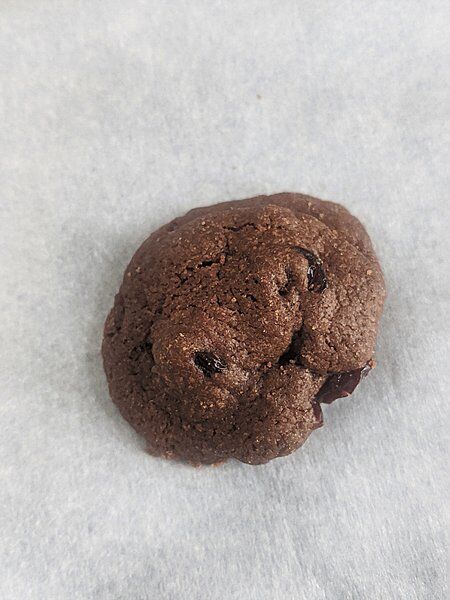 This chocolate cookie is enhanced with dried cherries and a hint of smoke. (Tribune News Service) 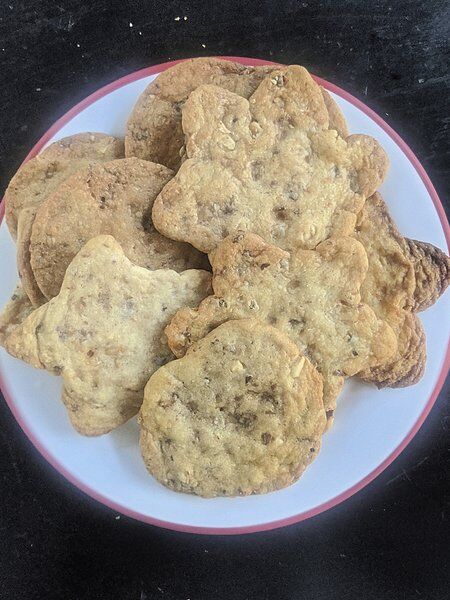 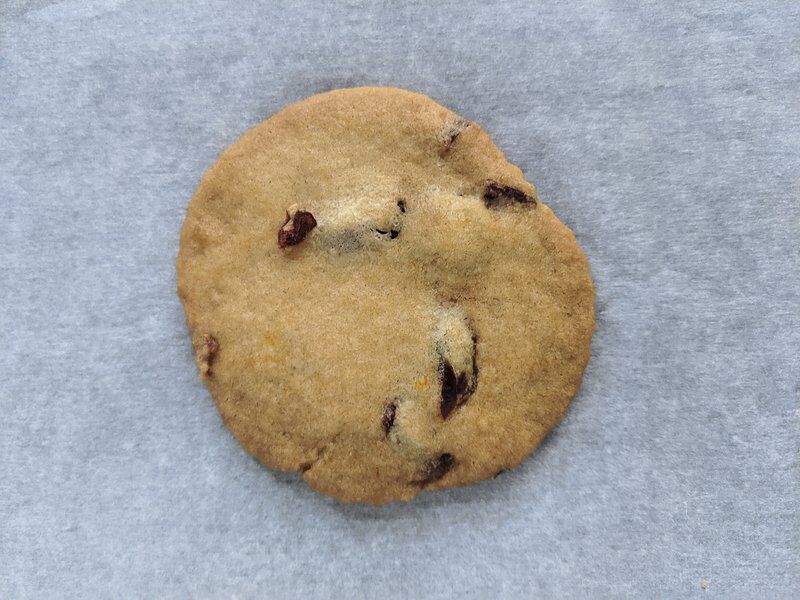 This sugar cookie is studded with dried cranberries and scented with orange zest. (Tribune News Service) 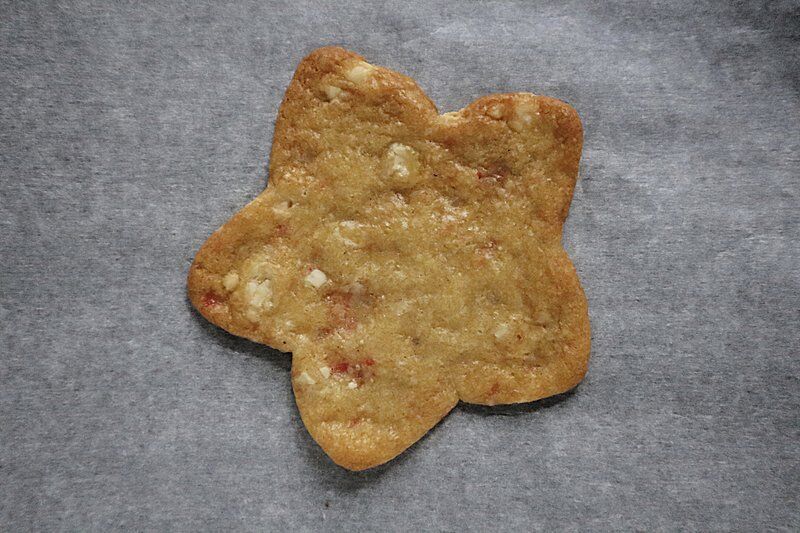 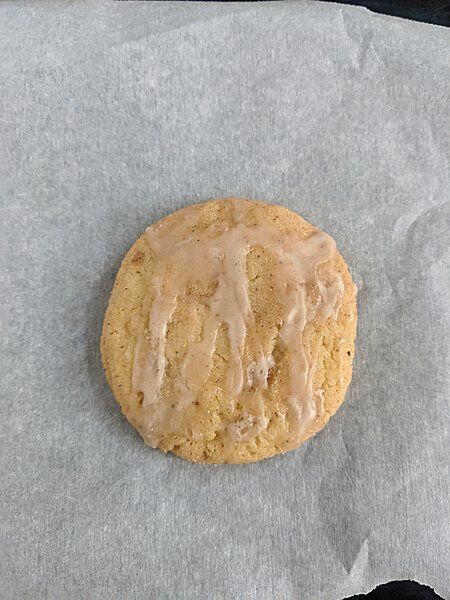 Mexican chocolate Christmas cookies are kissed with cinnamon and a dash of chile pepper.(Tribune News Service)

This chocolate cookie is enhanced with dried cherries and a hint of smoke. (Tribune News Service)

This sugar cookie is studded with dried cranberries and scented with orange zest. (Tribune News Service)

Daniel Wilson has been a force in the kitchen for as long as he can remember. He's especially good at crafting desserts, starting with the mini pecan tassie that's a staple at family gatherings this time of year.

Even as a young child, he loved to bake and cook with his mother, Carol. By the time he was in high school, he not only had perfected the tart's delicate cream cheese dough and syrupy filling, but he was happily making entire dinners for his parents and three siblings, inspired by the food and creative chefs featured on Food Network.

A career in the culinary arts beckoned.

Paul Smith's College in upstate New York answered the call, and when he graduated in 2012 with a concentration in pastry arts, he quickly found his dream job: A nine-month internship at Walt Disney World in Florida turned into a full-time job as a pastry chef for the theme park.

So being able to create food that relies on visual aesthetics as much as it does on taste was exciting.

And he made some pretty fab desserts during his time at The Boathouse in the Disney Springs resort. The restaurant is known for its over-the-top desserts, including a show-stopping baked Alaska that stands 2 feet tall and takes five days to prepare.

In 2016, he returned to Pittsburgh, Pennsylvania, to be closer to family and got a job as a pastry chef at Soba. Gigs at Mad Mex, Salud Juicery and Roots Natural Kitchen in Oakland followed. All the while, he kept his TV tuned to the Food Network, waiting for an opportunity to demonstrate his culinary chops in a competitive cooking show.

His shot came in January. He saw — and successfully filled out — an application seeking contestants for a Christmas-themed decorating show.

Gingerbread houses are a family tradition during the holidays. "But I was open to anything," he said, which was a good thing because the show ended up being "Christmas Cookie Challenge."

Now in its fourth season, the show co-hosted by ex-football player Eddie Jackson and "Pioneer Woman" Ree Drummond pits five bakers from across the country against each other in a series of timed cookie-baking challenges. The winner walks away with $10,000.

Several lengthy video interviews followed, as well as a live-call audition in April from his Friendship kitchen during which he was tasked with creating — and also explaining in detail — a Christmas fantasy theme out of gingerbread. (He chose "Snow White and the Seven Dwarfs.")

Then he waited. And waited some more. He finally got the call in July that he'd been chosen.

"It was always in the back of my mind," he said, but then again, it was in the midst of a pandemic.

At the beginning of August, following a coronavirus test, Wilson flew to New Orleans for a week of filming. "After quarantining, of course," for two days prior to the competition, he said.

Located in a warehouse the size of a football field, the studio felt more Hollywood than professional kitchen.

"But as soon as we walked on set, it was an explosion of Christmas," he said.

On set during round one, the bakers had 90 minutes to create three "puzzle piece" cookies from scratch with a holiday theme.

Wilson decided on a Christmas fireplace, using a smoked cherry cookie with vanilla icing. The end result was beautiful, but because he used frozen cherries and liquid smoke instead of the smoked fruit he learned to make in culinary school, it also was too soft.

"And then it just snowballed" with the judges, he said, ending with his elimination.

"But Ree was really lovely," he said. "And it was such a fun experience."

Maybe your current cookie situation won't earn you a spot on the Food Network this holiday season. But almost everyone can turn out better cookies if they follow these few easy tips from Wilson.

For starters, he said, it's essential to chill your cookie dough to prevent it from spreading out too quickly once you put it in the oven. This is especially important if you're going to be rolling it out for cut-outs, and you need the dough to hold its texture. A half-hour in the fridge should do the trick, but overnight is even better if you have the time.

It's also a good idea to line your cookie sheets with parchment paper or a silicone mat so there's a bit of insulation between the cookies and the heat of the pan. It eliminates the need for greasing, and the cookies will bake more evenly. They'll also be easier to lift off the pan without breaking or cracking.

Space the cookies far enough from each other so that they won't melt into one another as they bake — 2 inches usually works — and portion them uniformly so they cook at the same rate and size. (A small ice cream scooper works wonders.) If you need to flatten the dough on the cookie sheet, use an offset spatula.

Overbaking has ruined more than its fair share of Christmas cookies. So watch carefully and take the cookies out of the oven right when the edges start to brown, Wilson said.

"And be sure to rotate the pan halfway through baking so they cook evenly" if you don't have a convection oven. "All ovens have hot spots," he said.

Once out of the oven, wait for a few minutes before taking them off the pan. Otherwise, they could break or crumble into pieces when you slide them off the spatula.

Above all, don't be afraid to experiment with new flavors, textures and combinations.

To that end, Wilson offers three easy add-ins that take three basic holiday cookie doughs — sugar, snickerdoodle and chocolate — to the next level.

They include everyday ingredients that most home cooks already have in their spice cabinets and pantries, and unlike icing, no particular skill set: toasted nuts, aromatic spices, bits of chocolate or candy, and dried fruit.

As for the pastry chef's next act? He's transitioning out of the food business so he can enjoy weekends off. But baking is still in his blood, so he'll wait and see what happens.

This classic sugar cookie dough can be rolled out for cut-out cookies or dropped by rounded teaspoons onto the cookie sheet. Even chilled, the dough will spread as it bakes, so be sure to space the cookies several inches apart on the pan. Dough can be refrigerated overnight or frozen for up to a month.

In a large bowl, beat the powdered sugar, butter, vanilla, almond extract and egg with an electric mixer on medium speed, or mix with a spoon, until well blended.

Stir in the flour, baking soda and cream of tartar. Divide dough in half, shape into 2 disks and wrap in plastic wrap. Cover, and refrigerate at least 2 hours.

Preheat the oven to 375 degrees.

Roll each disk on a lightly floured surface until ¼ inch thick. Cut with 2- to 2½-inch cookie cutters into desired shapes. On ungreased cookie sheets, place cutouts at least 2 inches apart.

Bake 7-8 minutes or until edges are light brown. Cool 1 minute to allow cookies to harden; remove from cookie sheets to cooling racks, and cool completely.

Hazelnut toffee sugar cookies: Stir 1 cup toasted and chopped hazelnuts and ½ cup English toffee bits into batter after the dry ingredients, and mix to combine well. Refrigerate, roll out and bake as directed.

Cranberry orange sugar cookies: Stir 1 cup dried cranberries and 1 teaspoon orange zest into the batter after the dry ingredients, and mix to combine well. Refrigerate, roll out and bake as directed.

Who doesn't love a crispy, chocolate-y cookie? This dough pulls together quickly and is full of delicious chocolate flavor, making it perfect for dunking in milk or your morning coffee. Dough can be refrigerated overnight or frozen for up to a month.

Whisk together the flour, cocoa powder, baking powder and salt in a large bowl.

In the bowl of an electric mixer fitted with the paddle attachment, beat the butter and granulated sugar with a mixer on medium-high speed until pale and fluffy. Beat in the egg and vanilla. Reduce speed to low. Gradually add flour mixture, and beat until combined. Dough can be refrigerated overnight or frozen for up to a month.

Preheat the oven to 350 degrees.

Line baking sheets with Silpat baking mats or parchment paper. Roll dough into 1-inch balls. Place on prepared baking sheets about 1½ inches apart. Bake until set, about 8 minutes. Cool on baking sheets for 5 minutes before transferring to a wire rack to cool completely.

Mexican hot chocolate cookies: Add 1 teaspoon ground cinnamon and 1 teaspoon chile powder to the batter along with the flour mixture, and beat until incorporated. Portion and bake as directed.

Smoked chocolate cherry cookies: Add a handful of dried cherries (about ¾ cup) and ½ teaspoon of liquid smoke to the prepared cookie batter, and mix until incorporated. Portion and bake as directed.

German in origin, snickerdoodles delight with their crinkly sugar-and-cinnamon topping and distinctive crackling. Like most drop cookies, they're easy to make, and are easily adapted to include your favorite add-ins. Dough can be refrigerated overnight or frozen for up to a month.

Preheat the oven to 400 degrees.

Mix 1½ cups sugar, the butter, shortening and eggs in a large bowl. Stir in the flour, cream of tartar, baking soda and salt.

Bake 8-10 minutes or until set. Remove from cookie sheet to wire rack.

Rum pecan snickerdoodles: Add 1 cup toasted and chopped pecans to prepared cookie batter, and shape into balls. Roll in cinnamon/sugar mixture, and bake as directed. After they are baked and while cookies are still hot, brush the tops of cookies with rum using a pastry brush.

Eggnog snickerdoodles: Prepare dough as directed, and shape into balls. Roll in cinnamon/sugar, and bake as directed. Drizzle warm cookies with a glaze made from ¼ cup eggnog, ⅛ teaspoon nutmeg, ⅛ teaspoon cinnamon, 1 cup powdered sugar and a splash of rum (optional).