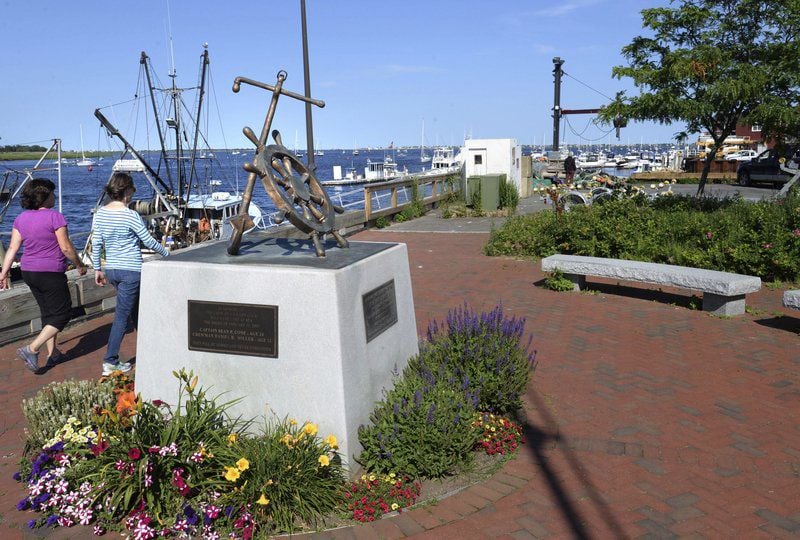 BRYAN EATON/Staff photoThe memorial, as it was last July, before being moved to make way for the new harbormaster’s building. 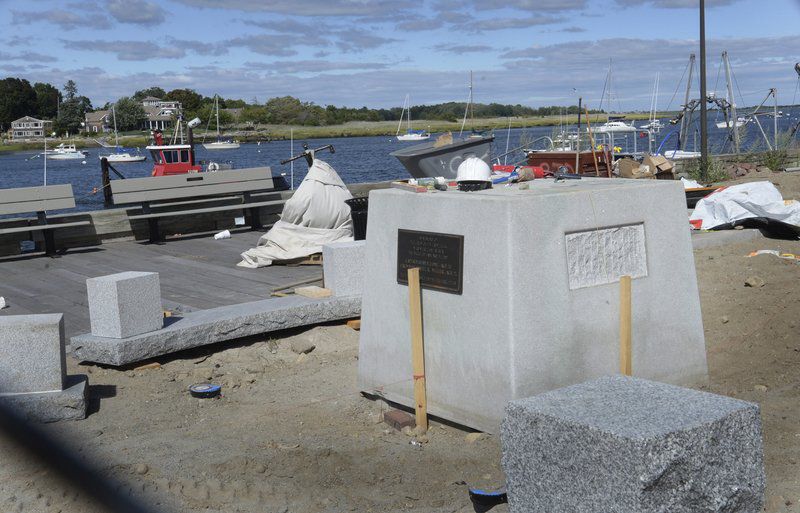 BRYAN EATON/Staff photo. The Fisherman’s Memorial is back in place and will be re-dedicated next month. 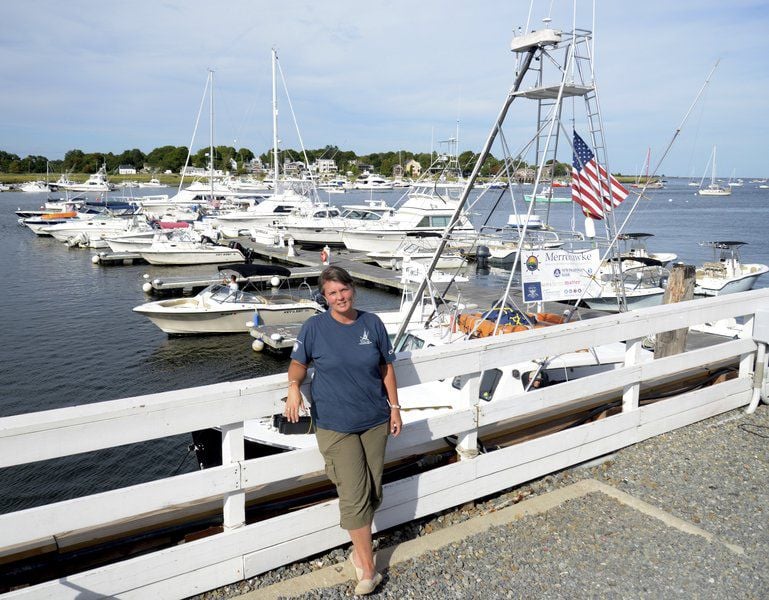 JIM VAIKNORAS (above); Bryan Eaton (below)/Staff photosKate Yeomans will be a consultant for the Sept. 5 rededication of the memorial to lost fishermen, below.

BRYAN EATON/Staff photoThe memorial, as it was last July, before being moved to make way for the new harbormaster’s building.

BRYAN EATON/Staff photo. The Fisherman’s Memorial is back in place and will be re-dedicated next month.

JIM VAIKNORAS (above); Bryan Eaton (below)/Staff photosKate Yeomans will be a consultant for the Sept. 5 rededication of the memorial to lost fishermen, below.

NEWBURYPORT — Veterans of the community’s working waterfront are joining forces to ensure that the upcoming rededication of the fishermen’s monument will pay adequate homage to those who lost their lives at sea.

Kate Yeomans, the riverfront educator who wrote a book on the loss of fishermen two decades ago, has been retained as a consultant to the rededication of the Fishermen’s Memorial on Sept. 5.

And Paul Hogg, harbormaster and former commercial fisherman, has been supervising the refurbishment of the monument itself.

Yeomans, co-founder and executive director of the Merrohawke Nature School, said she will be helping to plan the event that will note the tragedy that took three lives 20 years ago. The memorial also honors others lost at sea.

The ceremony, beginning at 9:30 a.m., will commemorate the anniversary of the loss of the fishing vessel Heather Lynne II, a Newburyport-based fishing boat that crossed paths with a tug and barge in the early morning hours off Cape Ann on Sept. 5, 1996.

The fishing boat capsized, leading to the loss of the three crewmen.

“The re-dedication is an important moment because it honors these men,” said Yeomans, a onetime journalist who wrote the 2003 book, “Dead Men Tapping: The End of the Heather Lynn II.”

“Newburyport has had such a strong history of fishing and ocean travel that it’s right to acknowledge it in a meaningful way.”

The memorial is being rededicated because it was recently moved so the harbormaster headquarters/transient boater facility could be constructed.

The monument itself has been improved, and the site has been placed on the east end of the fishermen’s pier.

Harbormaster Paul Hogg, who knew all the fishermen who lost their lives, said, “This will be a valuable moment for the community. The families of the fishermen will be there, and I think everyone is going to appreciate the improvements to the site.

“There will be landscaping, lights and the monument itself was sent out and refurbished. Their lives were sacred to us, and this monument will reflect that.”

The community has a rich history in commercial fishing.

The first wharf was built in present-day Newburyport in 1655. Though the most profitable activity focused on ships plying the Atlantic in the mercantile trade, fishing was always a staple of the local economy.

Historian Daniel Vickers, author of “Farmers and Fishermen: Two Centuries of Work in Essex County, 1630-1850,” wrote that fishing was an important vocation for men who could not find jobs in shipbuilding or in the counting houses.

He said that with the rise of steam-powered cotton mills in Newburyport in the 1840s, mill jobs lured workers and local capital away from fishing, but it remained a vigorous field for many years,” Vickers wrote in 1994. “The industry had seen Newburyport through difficult periods but the return of prosperity (of mill work) spelled its demise.”

In addition to long hours and marginal pay, commercial fishing was very dangerous.

One of the greatest local sea catastrophes took place in 1851, when 74 fishing ships from the North Shore were lost in a deadly storm known as the Yankee Gale. Historians said 18 of those vessels were from Newburyport.

Local historians say that during some eras of oceangoing commerce, there was as many orphans in the city as there were youngsters with parents.

By 1912, only 200 fishermen worked out of Newburyport, according to Currier.

In the past half-century, federal authorities have limited the number of fish a vessel can land, and in some cases the number of days the crew can be at sea.

Today there are only a few commercial fishing vessels working out of Newburyport Harbor, though hundreds of recreational anglers take to the water every week.

Perhaps because the history of the fishing trade is so strong here, city officials appear determined to make the dedication an important event.

They will honor the memories of three fishermen on the Heather Lynn II: Captain Jeffrey Hutchins of Byfield, Kevin Foster of Rye, NH, and John Michael Lowther of Newburyport.

In addition, officials will remember the loss of the Newburyport fishing vessel Lady Luck, which sank off Portland, Maine, on January 31, 2007. Captain Sean Cone of North Andover and Daniel Miller of North Hampton, N.H., were both lost at sea.

“The ceremony will honor these fishermen as well as all Newburyport mariners lost at sea over the years as part of the city’s important maritime heritage,” said Geordie Vining, a senior project manager in the city’s Planning and Development Department who is helping to organize the event.

The memorial, which will include the participation of local clergy, is expected to last about a half- hour. It will take place rain or shine.

Yeomans said, “This event will remember the fishermen, and the memories of many others. There is a great history here. Many people still work on the waterfront, and we want to remember the connection between the river, the ocean and the community.”