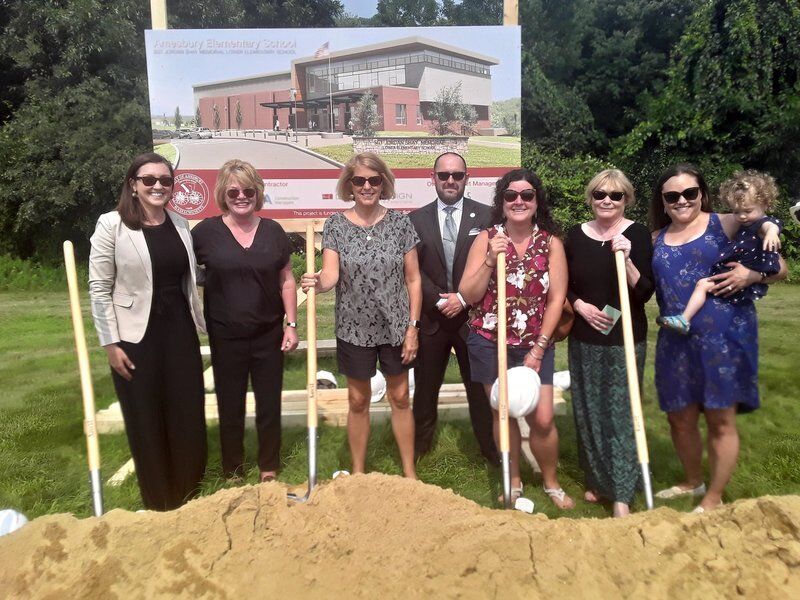 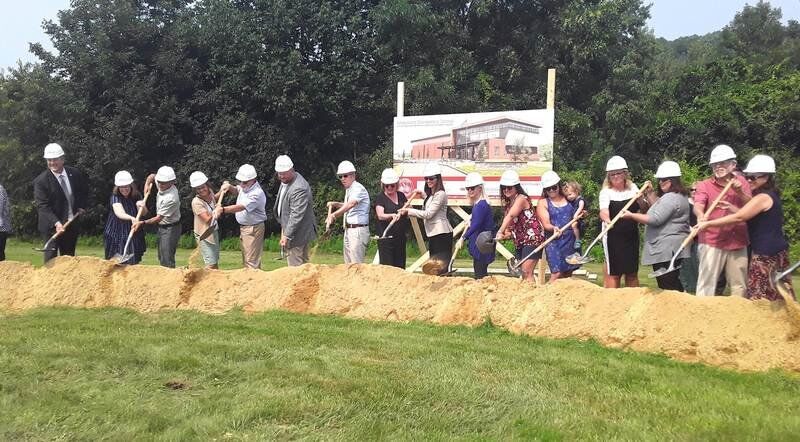 The $60.5 million school will be built adjacent to Cashman Elementary School. It is scheduled to open in March 2023.

Sgt. Jordan Shay was a 2005 Amesbury High School graduate who was killed in 2009 at age 22 during his second tour of duty in Iraq.

"This is an incredible honor and we are as touched and humbled as surely Jordan would be," Holly Shay said. "We look forward to the school being built and seeing it in Jordan's name and becoming an enduring part of Amesbury's history."

She and Gove were joined by School Committee and City Council members, as well as representatives from architectural firm DiNisco Design, project manager NV5 and the Statehouse.

"You are all here because you have been so invested in the success of this project, even when you may have been unsure if it was the right decision," Gove said. "You've listened to constituents, you've screened bids, you've held public hearings, pored over plans, analyzed soil, worried about students, schedules, traffic, stormwater, trees and so many other things."

The mayor told the crowd that she attended every school in the city while growing up in Amesbury.

"I realized that I won't be able to say that much longer," Gove said. "That's harsh reality in some ways. But the opportunities and the future that we are unlocking are exceptional and soon a new generation will be able to say that they have attended every school in Amesbury."

She said the new elementary school is the first school construction project in the city in decades.

"As a community that has struggled to invest in infrastructure, we have made a bold move," she said. "It is new, it is scary, it is exciting, and it is going to make a difference in the lives of our children and their teachers."

Acting Superintendent Elizabeth McAndrews said she did not know Jordan Shay but knew how highly people have spoken of him over the years.

"This new school clearly demonstrates the city of Amesbury's commitment to our children and to their education," McAndrews said. "When it is complete, Shay Memorial will attract many new families to Amesbury."