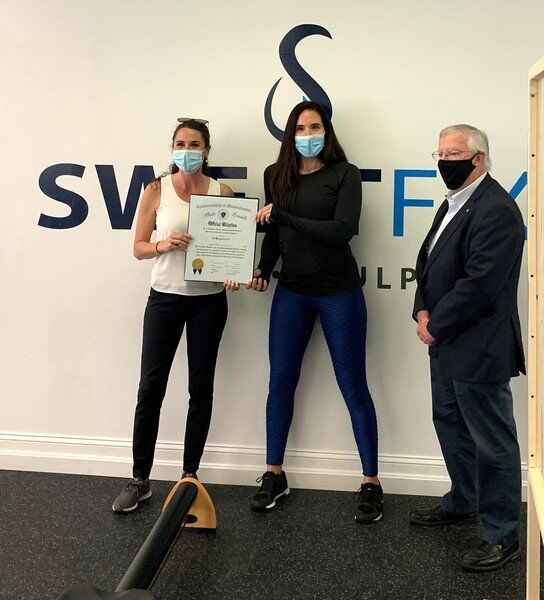 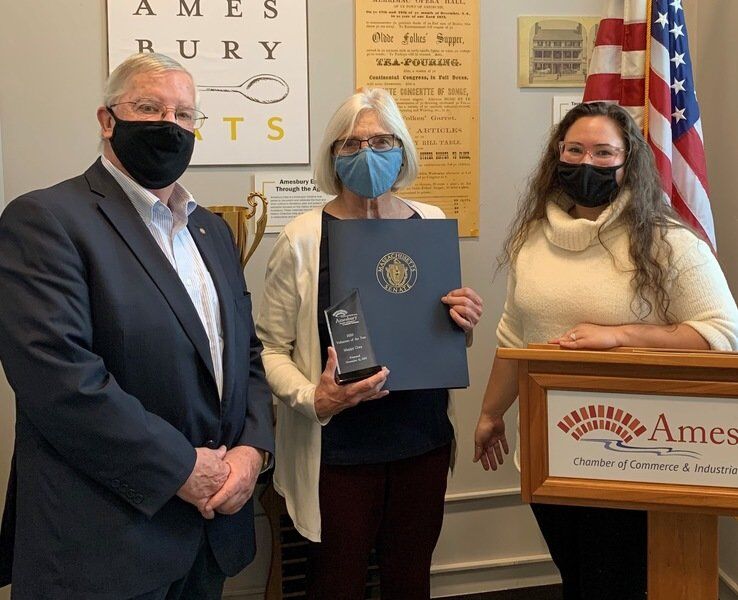 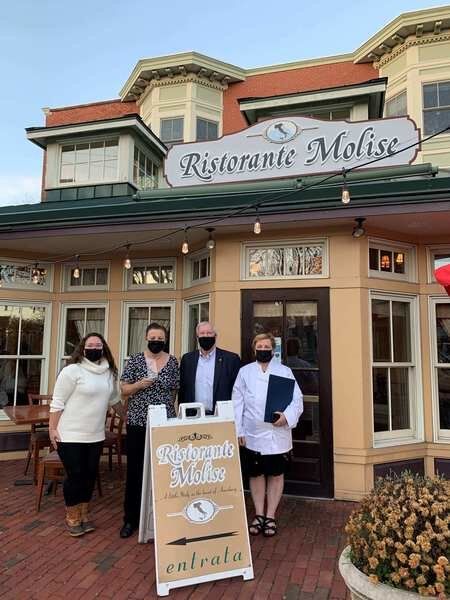 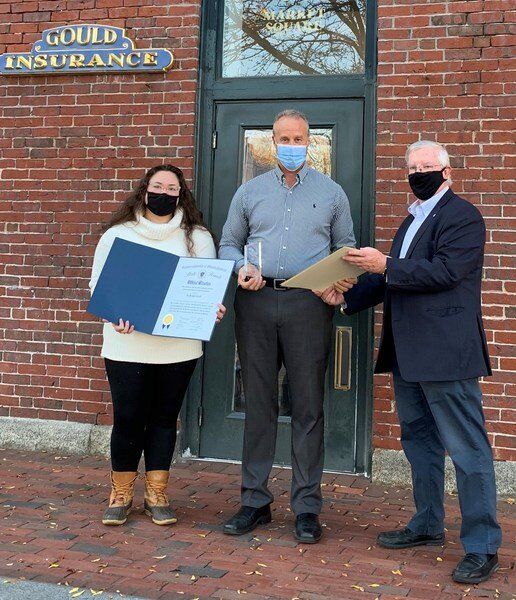 AMESBURY — With the continuing pandemic getting in the way of the traditional Amesbury Chamber of Commerce annual meeting and awards ceremony, Chamber members recently went virtual with the gathering.

Chairman Bob Lavoie noted the restrictions in place because of the coronavirus couldn’t put the brakes on the event, which went remote.

“Precisely because of the challenges facing our businesses and community in 2020, we felt it was especially important to recognize the contributions and achievements of those people who go over and above in making Amesbury the community we all love,” he said.

Matt Sherrill, owner of Gould Insurance, was recognized with the Woodbury Cammett Pillar of the Community Award. City Councilor Pam Gilday received the Harland Main Leadership Award. And Mappy Gray was singled out as the Amesbury Chamber’s 2020 Volunteer of the Year.

With the annual meeting planned virtually for the evening of Nov. 12, Lavoie paid a visit with each honoree in advance, prerecording the awards presentation, and allowing each business and individual to receive the recognition they were due, according to a press release.

“With this year’s meeting being remote, we knew we had to go over and above to feature this year’s honorees,” said Phil DeCologero, executive director of the Chamber. “We’re especially grateful for the partnership of Institution for Savings, Newburyport Bank and Align Credit Union in helping make this event – especially this particular piece – possible.”

“Right now, I feel like I am at the Oscars!” said Antoinetta Dilemme, co-owner of Ristorante Molise, in the release.

“To be associated with an award that has the name Woody Cammett is an incredible honor,” Sherrill said. “My parents taught me at a very young age to give back to the community that gives to you. I’ve tried to do that.”

“It means a ton to our team, especially during this crazy time,” said Sweat Fixx owner Elise Caira. “The community and this town have been amazing.”

In addition to the awards recognition, the membership welcomed a pair of new board members, Brenda Stratis of Shea Concrete and Tracy Harris of Hedgehog General Store, who stepped in over the summer to fill a board seat left vacant by the retirement of Holly Nahabedian, formerly of Brookline Bank.

Stratis fills the seat that will be left open as Peter Corrigan of Shaheen Bros. steps back at the end of the year due to term limits.

Attendees voted to return Lavoie to the role as chairman for a second year. He will be joined by a returning executive board that includes Antoinette Whitney, owner of Ovedia Artisan Chocolates, who was voted into a second year as vice chair.

Monique Griffin, CPA, was voted into her second year as treasurer. Longtime board member Barbara Lorenc – who owns Cedar Street Studios and the Trades Mill – will return as clerk.