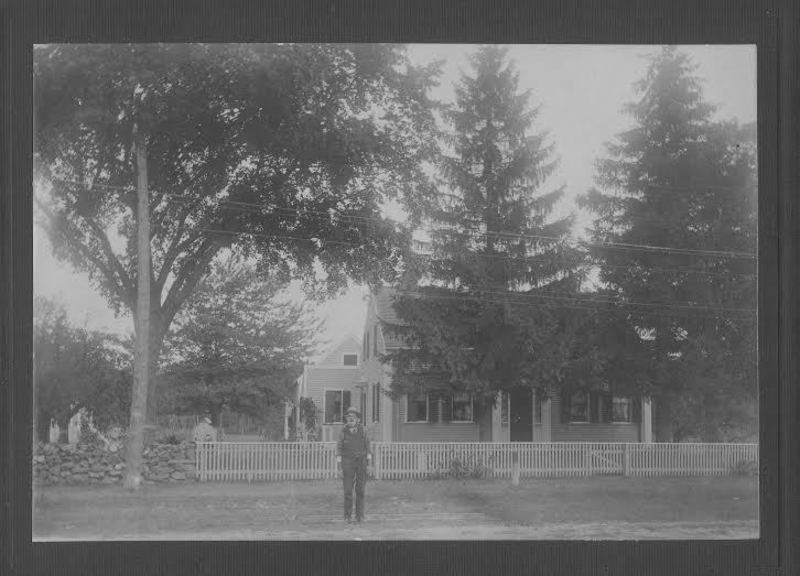 This is the Stearns home, with Joseph Oilver Stearns standing in the foreground. It stood at 315 Elm St., and was later moved to 4 Congress St. 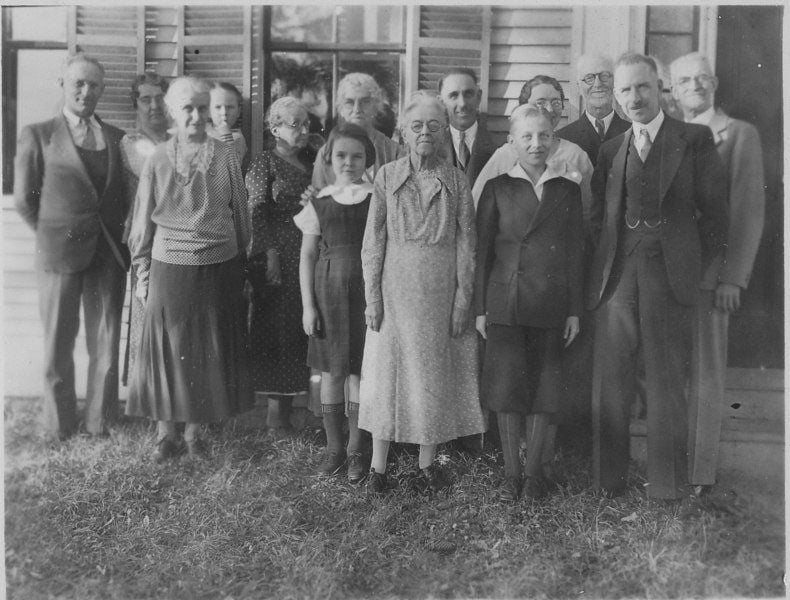 This is the Stearns home, with Joseph Oilver Stearns standing in the foreground. It stood at 315 Elm St., and was later moved to 4 Congress St.

Editor’s note: Today we introduce an occasional column on local history, written by Melissa Berry, a local history buff who has been engaged in research on families and homes throughout the region.

Recently, I posted a story online about Amesbury couple Joseph Oliver Stearns and Helen “Nell” Dennett, she was contacted by Ruth Stearns of Nebraska, a direct descendant of the couple, who has shared some history of the family, which follows.

Ruth Stearns' line in America starts with Isaac Stearns, who arrived on the Arabella, the first of the Winthrop Fleet (June 1630). He settled in the wild terrain of Watertown and his courageous spirit got him elected selectman several terms, setting the trend for future Stearns family members.

At the time of the American Revolution, Ruth Stearns' seventh paternal grandfather, Josiah, commanded a company of 50 men from Lunenburg and served as captain of Doolittle’s Regiment noted as a “master of public affairs” (Federal Spy 1804).

Josiah’s son, Oliver, ventured up the Merrimack in 1812, living in the “Ferry” section with wife Dorcas, daughter of Parker Varnum and Dorcas Brown. He became a prominent lawyer and served as town representative in 1819.

Son Charles remained in town and married Adeline Eastman, daughter of Jonathan Eastman and Elizabeth Chase. Their home was on Rocky Hill; they had six daughters and one son, Joseph Oliver Stearns, Ruth’s great-great-grandfather.

Charles served as a selectman and his obituary “Death of a nonagenarian” clearly shows a man deeply respected, admired and cherished. He was an expert tanner, but held many vocations including California Gold Rush venturer.

News clips furnished from the archival room at the Amesbury Library reveal a full life. He was present during the visit of General Lafayette and the laying of the Bunker Hill monument, where Daniel Webster spoke. His 90th birthday was attended by his closest mates, Capt. Paul Bickford, Richard Currier, Hiram Foote and L.E. Burbank.

It was at Charles’ workshop that several legendary locals congregated to discuss all matters of interest. His son Joseph recorded those matters in his journal, which Ruth has been transcribing. This treasure trove spans 38 years of his life in Amesbury. The Stearns family also has diaries and letters of his wife, Helen Dennett, daughter of John Dennett and Louisa Frost.

Joseph was in the painting business with his father-in-law, John Dennett. The firm was located at 8 Mills in Amesbury. In 1881, he painted the home of poet John Greenleaf Whittier.

On Dec. 29, 1880, Joseph wrote: “Willie & I went down to N Port in afternoon in steam cars to see the ruin of the explosion.” The Dodge Shoe Factory explosion was devastating for the town and three lives were lost. Historian Joe Callahan covered this event in a Dec. 11 column in The Daily News, "A December tragedy in downtown Newburyport."

In 1882, Joseph witnessed The Great Comet on Grape Island with chums, where they dined on clam chowder from Sacrimento House. Gordon Harris, Ipswich historian, says Grape Island, a part of Plum Island, was a bustling community back in those days and the steamboat Carlotta would have transported the observers to the celestial spectacle.

When the great fire of 1888 swept through the carriage factories in Amesbury, Joseph was on the scene. He wrote: “Big Fire on Carriage Hill. F. A. Babcock & Co., John Clark & Co., A. N. Parry, Nat Folger, M.M. Dennett, C.N. Dennett, Hume Carriage Co., L. Hollander were all burnt out. I was around there until about 2.” According to “Chariots of Fire” in the New York Herald, a rise in insurance cost that year left many without coverage.

Pleasant reminisces of carefree days gone by in the Powow fill the Stearns memoirs. Joseph’s sisters stand out most. On Halloween, they would sport around on stilts. While others rang the bell for their “treat,” these she-devils tapped at second-floor windows.

The simple joys were a refreshing dip into Patton’s Pond or an enchanting skate on Po River. Batchelder and Rowell Field were also favorite spots. Helen, Joseph's wife, recalls festive sleigh rides with good friends Abby Osgood and Francis Sargent. Her spark for Joseph, or her “Jose,” was ignited during the 1862 sleighing season, but the romance did not really heat up until May '63.

By '64 Joseph was at Fort Pickering, where he served as a private in the 3rd Unattached Company, Massachusetts Infantry. The love letters spell a smitten pair and shortly after Joseph musters out, they wed.

Helen worked in the Merrimac Hat Factory. Her free time was spent at the library and she was active in both the Temperance and Abolitionist society. She was clearly a woman revolutionary. Joseph was a member if the Eastern Star Grand Masons.

William or “Willie,” born in October 1867, was Helen and Joseph’s only child. Helen had a rare blood disease and her life was taken at age 30. Ruth tells that Joseph wrote a heart-wrenching note on the morning of her death.

He never remarried, but his journal makes several mentions of a certain M M who lived down by the Point. She gives him a photograph and shortly after he writes: M M left G W M. This still needs some digging and Ruth plans to get to the bottom of it.

Also, a doll her great-aunt Helen gifted her that was made from the hair of Howard O. Stearns, her grandfather, and the clothing stitched by great-grandmother, Nettie Gould Stearns.

The links forged among old families are never broken. Most come full circle and in this story it is no different. Ruth was at a loss to locate the Stearns homestead at 315 Elm St., moved to build the interstate. Thanks to Amesbury Historical Society President Steve Klomps, the mystery is solved.

In 1953 the home was moved to Bartlett’s Farm in Salisbury after Edmund Bartlett and wife Francis Ring purchased it. Robert Bartlett noted the family has some video footage on the event.

Ruth is looking forward to visiting new additions akin to her family history. Until then, I sent her a recent photo of the old homestead, because sometimes a picture is worth a thousand words.

Thanks to all who helped bring this together and Margie S. Walker and Cheryl Follansbee for research. Visit Melissa at http://ancestoryarchives.blogspot.com/" \t "_blank AnceStory Archives.