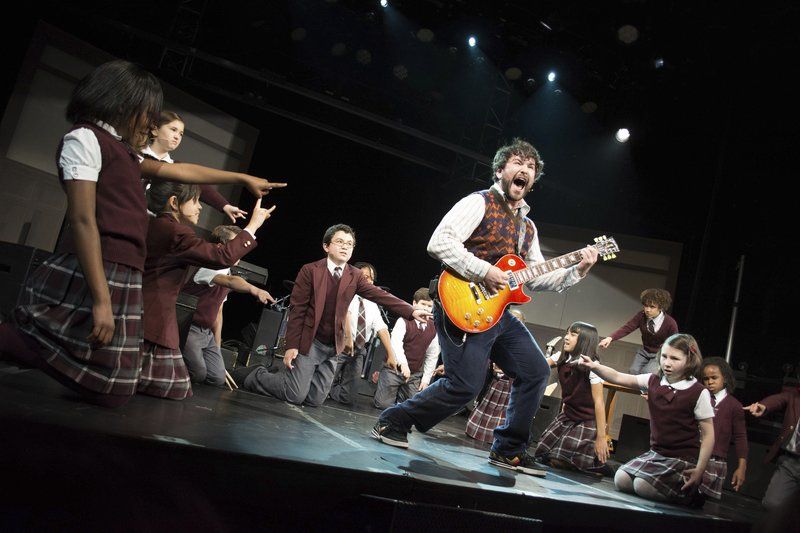 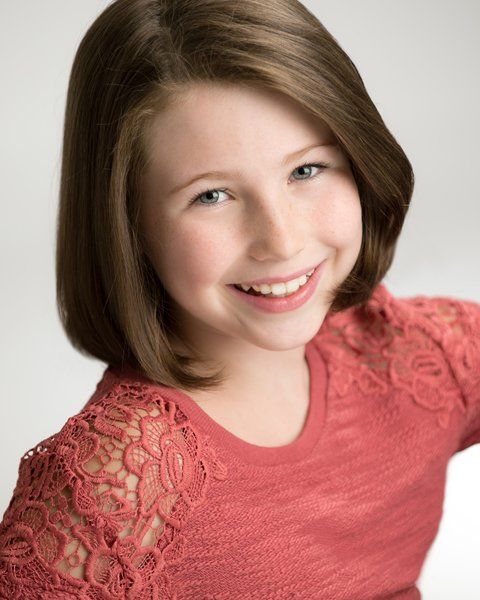 AMESBURY — Last Thanksgiving, 11-year-old Carly Gendell watched the Macy’s Thanksgiving Day Parade at her grandmother’s house. Today, she is in it.

“We walked by Mariah Carey yesterday,” Carly said. “It is just mind-blowing. I can’t get used to the fact that it is all happening. This was my dream ever since I was 8 years old.”

Carly’s world has been a whirlwind of celebrities, school tutoring, rehearsals and preview performances ever since she was cast as Marcy in “School of Rock — The Musical,” which is set to open on Broadway at the Winter Garden Theater on Dec. 6.

A Broadway musical version of the 2003 Jack Black film, “School of Rock” tells the story of a wannabe rock star (Alex Brightman) who poses as a substitute teacher, discovering his fifth-grade students’ musical talents and forming a band along the way. Preview performances began Nov. 9. With opening night just over a week away, Carly will be performing on the Gibson Guitar float with her castmates this morning in front of thousands of New York city residents and millions watching on TV.

This year’s parade will also be a little different for Carly’s mother, Katrina Gendell, who will be taking it in from the street as opposed to watching it on TV.

“We are very, very proud,” Gendell said. “We kind of recognized pretty early on that she has something special. But we never imagined that this could be happening, especially at this age.”

The mother of two, Gendell has grown used to being a stage mom — Carly’s older sister Haley played the lead role of Elle in “Legally Blonde — The Musical” at Amesbury High School, where she is a senior. Both daughters have also been active in local community theaters such as the Prescott Park Arts Festival, the Neverland Theater and the Boston Children’s Theater.

“Being on stage is my home,” Carly said. “I was a little scared at first, but I feel happy and excited to go on stage. I have taken some voice lessons and couple of acting classes, but I get a lot of experience from the shows I’ve done. ‘School of Rock’ has been my first paid gig.”

The Gendells answered an open call at the Winter Garden Theater last winter and the tale of Carly’s success mirrors that of most of New England at the time.

“I got a call while I was shoveling during one of our snowstorms,” Gendell said. “I went inside and told (my husband) Erik, but we didn’t want the word to get out because we were told to keep it on the down-low, so we didn’t want a lot of people to know. So, we actually didn’t tell Carly for a week.”

The Amesbury native was then signed to a seven-week contract for the show’s development period. Once development was complete, Carly came back home to finish fourth grade at the Cashman School, then spent the summer at home where she played Tinker Bell at Prescott Park. From there, a rotating combination of mom, dad and big sister moved down into a New York apartment with Carly for the buildup to the show’s first run in September.

“The norm keeps switching,” Gendell said. “There are weekends where the family will be together, but not every weekend. Haley has her own busy schedule as a senior in high school. There is definitely an emotional strain and certainly a financial strain to this stuff and making it work.”

Still required to attend school, Carly will spend roughly five hours each day being tutored and four hours in rehearsals, then there are the two-hour performances, six days a week.

“It is sometimes hard to figure out when it is the right time to sit down and relax,” Carly said. “Whenever you are at rehearsal, you have got to be on the ball. So, you never have that time. But I just love theater so much.”

Even though it has been an intense juggling act for the family, Gendell knows this experience is too good to pass up for anyone of any age. While many of Carly’s castmates hail from the New York and New Jersey area, she is also sharing the stage with young actors from Oregon, California and Detroit.

“We are lucky that we are close enough to drive; there are other kids in the cast who aren’t,” Gendell said. “Some of the kids are from California, there is one from the Detroit area. So at least we can drive or take the bus or the train.”

All of the “School of Rock” students are a happy family at the moment, said Carly, who added that she is thankful for everything she has learned from her Cashman classmates and community theater friends as well.

As for what comes next, Gendell said the family is getting Carly some new headshots done and is looking for representation, adding, “We can’t think that far ahead. That is kind of life in this business.

“I get teary-eyed every time I start talking about it,” Gendell said. “Everything she has accomplished, both of my girls. Haley has been an awesome older sister and role model for Carly all of these years and really got her started. I am so proud of both my girls.”