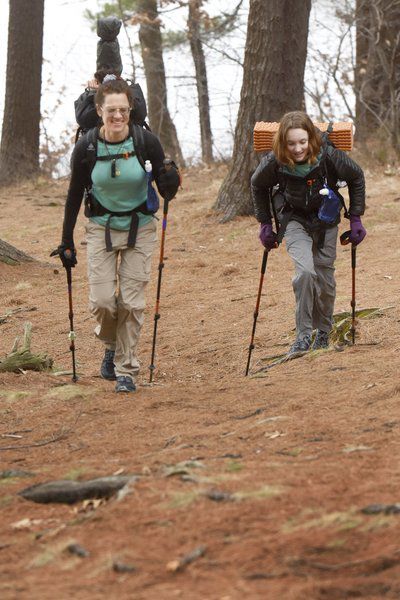 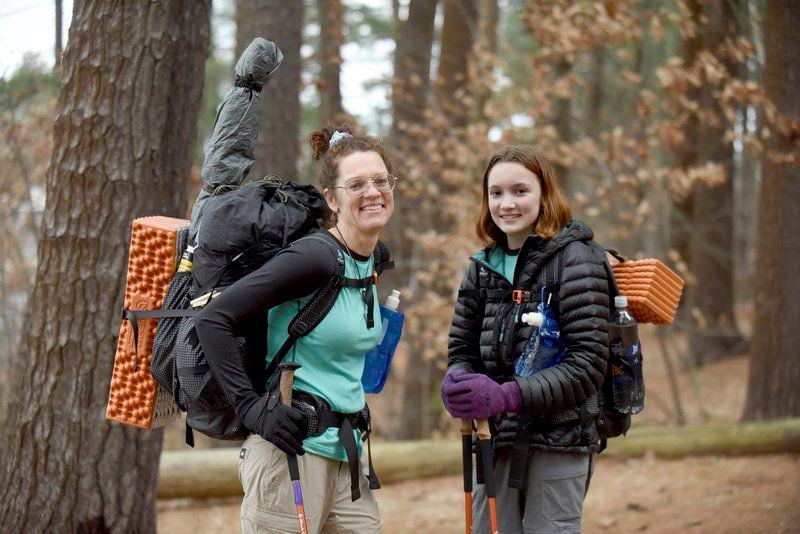 AMESBURY — A local mother and her 13-year-old daughter are taking homeschooling to new heights this weekend as they set out on a six-month journey to hike the 2,190 miles of the Appalachian Trail.

Briana Sullivan knew that her daughter Cambyr was itching for a challenge beyond her Amesbury Middle School classroom setting, but she had no idea how her daughter's dreams would mirror her own.

Sullivan, who grew up on the West Coast, always wanted to be "a gypsy — a vagabond, living out of my backpack, traveling the world." At 47, she has traveled to 28 countries in Europe, Asia, North America and South America.

Following a separation from Cambyr's father a few years ago, she set off to do some soul searching, including a trip to Peru where she hiked Machu Picchu and a section of the Amazon rainforest. When she returned, Sullivan realized she could enjoy hiking and the outdoors just as much in the mountains closer to home.

She spent two weeks in the White Mountains in summer 2018. While staying at Carter Notch Hut in Jackson, New Hampshire, she accidentally came across a program for Appalachian Trail hikers, so she checked it out.

Sullivan spoke with volunteers and — though she considers herself a novice hiker — realized she had already conquered what is considered the most challenging section of the Appalachian Trail.

On her 12th day in the mountains, Sullivan said she was writing in her journal when she vowed to become a trail hut volunteer and hike the whole Appalachian Trail — that is, after her two children went off to college.

When she got back to Amesbury, Sullivan picked up her daughter from school and explained her goal. Cambyr, completely uninterested at the time, let her mother's words go in one ear and out the other.

Several months later, in 2019, Cambyr came across a YouTube channel called "Fight for Together" about a family of eight who hiked the Appalachian Trail. She was enthralled with the idea of children, both younger and older than her, rising to such a challenge.

After her daughter brought the videos to her attention, Sullivan said, "Cambyr, do you realize I told you about this last year?"

"I wanted to do it so bad," Cambyr said. Though she had skied and climbed Mount Washington before, Cambyr admitted she was not an avid hiker a year ago.

"From then on, I had a goal to get out more and that started with me running a half marathon," she said. After doing the math with her mother, she realized that if they were to complete the AT in six months they would need to hike about 13.5 miles a day, or the equivalent of a half marathon.

"I thought, 'OK. I will train for two months, I'll run it and I can prove that I can hike this,'" Cambyr said. In July, she ran her first half marathon in two hours and 22 minutes.

"It was really good training to do the AT," Cambyr said. "Running is pretty hard for a long time but walking — I could walk for like days on days."

Since then, the duo has been seen walking the trails around Greater Newburyport with their large backpacks, drawing the attention of passersby.

Sullivan and Cambyr fly out to Atlanta on Saturday, and they are registered to start their hike Monday at Springer Mountain in Towns County, Georgia.

In preparing over the past year, Cambyr and her mother skied, camped out and climbed as many peaks as their schedules would allow. They completed grocery runs as practice for when they will need to replenish their food on the trail, and even improved the time it takes to set up a tent on different terrain.

Sullivan also met with administrators and teachers at Amesbury Public Schools to create a plan so Cambyr can complete the last few months of eighth grade in a homeschool-type setting.

She will continue her studies in language arts through written and video blogging. For algebra, Cambyr will be using resources and assessments on Khan Academy, a website with free online classes. Cambyr will cross through 14 states on the trail, allowing her to study geography and history along the way.

Cambyr and her mother are also working to improve their Spanish. They will alternate between talking in English and Spanish on the trail, something Cambyr said she felt unable to do fluidly in a classroom setting.

Last year, Sullivan completed a first-year apprenticeship in herbalism at a school in Vermont, so she and her daughter will know what plants are safe to consume. Using this knowledge and what they encounter through various climates, Cambyr will continue her studies in earth and life sciences.

In terms of chemistry, they are looking to do some research on water testing. They haven't figured out all the details yet but since they will be passing a number of water sources, they want to test and compare the results along the trail.

Sullivan is certified in wilderness first aid through the National Outdoor Leadership School. Cambyr was told she was too young to take the first aid course, but her mother hopes to share that knowledge.

In October, Cambyr broke her elbow while trying out for a local climbing team, and she and her mother thought their dream might have to be put on hold. Cambyr underwent surgery and extensive physical therapy and fortunately, she has full range of motion in her arm again.