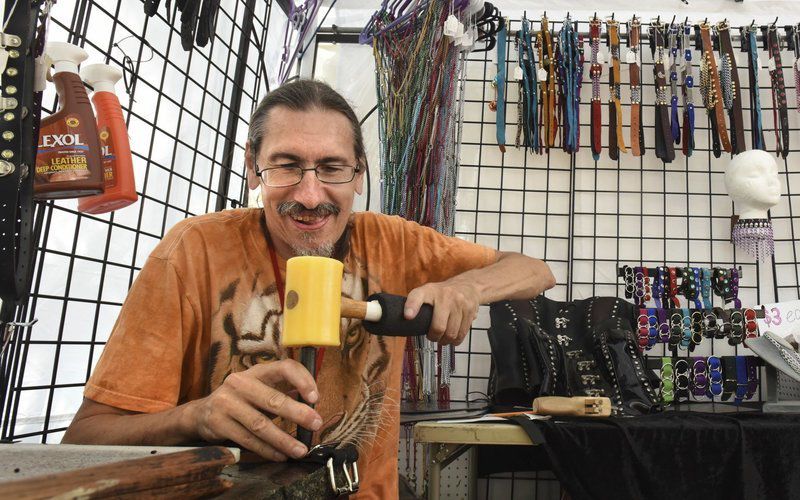 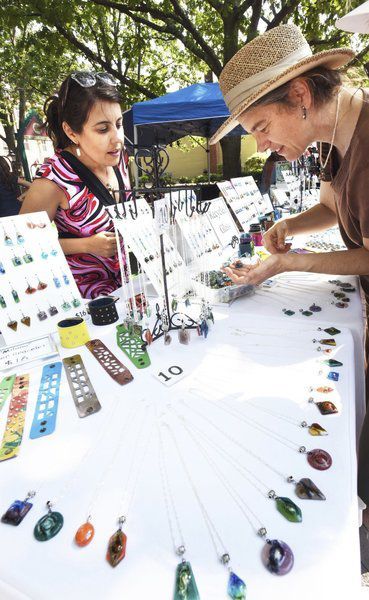 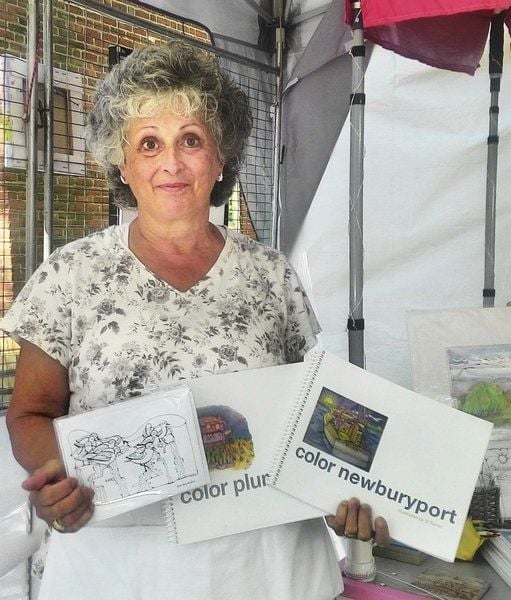 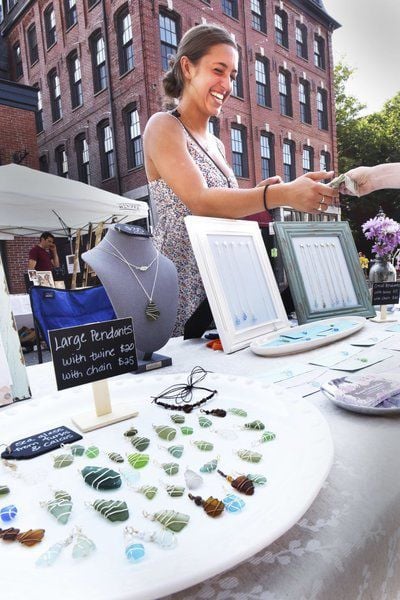 BRYAN EATON/Staff photoRenee Vartabedian of Newburyport makes a sale of her handcrafted seaglass jewelry at the Market Square Craft Show.

BRYAN EATON/Staff photoRenee Vartabedian of Newburyport makes a sale of her handcrafted seaglass jewelry at the Market Square Craft Show.

Four days into its second Yankee Homecoming, the Inn Street Artisans’ Revival is showing no signs of a sophomore slump.

Started last year by Spirit of Newburyport owner John Brown after a pair of McDonald’s kiosks caused an uproar on Inn Street in 2015, the Artisans’ Revival brings Yankee Homecoming back to its artistic roots.

“We have thought all along that we are serving not just what is in the best interest of the artisans but the brick-and-mortar businesses on Inn Street, too,” Brown said. “Quality art used to come here. But the prices went up, people were getting a little bit greedy, so the artisans left and went other places.”

Twenty-eight artisans, nonprofit and local charity vendors such as The Silver Spoon, Story Teller Jewelry and Creative Walls 101 have been filling Inn Street since Saturday morning.

Amy’s Creations owner Amy Sciuto was almost unable to keep up with the number of customers she was attracting to her booth with her hand-painted and glazed sand dollars.

“I did nine days last year and I’m doing the full boat this year,” Sciuto said. “So I am doing 12 hours here and then I go home and do another five hours to get ready for the next day.”

While the work has been hard, Sciuto said it has been worth it.

“It’s better than last year and last year was awesome for me,” Sciuto said. “I’m almost doubling what I did from last year. The crowds and the traffic this weekend was incredible. You couldn’t even move in this area, they were so many people. They are spending and very generous when it comes to buying local.”

Sciuto added she was seeing a good mix of local and international visitors as well.

“I’ve had people from all over the country and Canada, England and even Sweden this week,” Sciuto said. “They’ve been coming from California and everywhere.”

“This was good last year but this is great,” Turner said. “I’ve got people coming here from Ireland that came here with their kids and brought something home. There are people who used to live here and are coming back. So the Yankees are coming home.”

Save The Pink House organizer Alison Odle was manning a booth promoting the volunteer effort to save the now-legendary “pink house” on the Plum Island Turnpike. The empty house frequently is the subject of painters and photographers who try to capture the solitary structure on the salt marsh.

Taking part in its second Artisans’ Revival, Odle’s booth also had plenty of Eric Hoover’s Save the Pink House logo stickers and magnets available for purchase – and a lot of people to talk to.

“It’s a really great thing that (Brown) fought so hard to get local artisans and nonprofits and volunteer organizations together,” Odle said. “We had a lot of locals come by earlier in the morning and now we are getting a lot of out-of-towners. People are in a good mood and they’re open to listening and telling us their story as well.”

A Superior, Colorado, resident in the city on business, Chris Sciora was delighted by his first Yankee Homecoming.

“I didn’t know what this was until day two,” Sciora said. “I thought it was just another street festival.”

A New Jersey native, Sciora was happy to be spending a few days by the Atlantic and pleasantly surprised by the amount of activity downtown.

“I’ve always loved New England,” Sciora said. “The old towns and the old buildings and just the closeness of everything. I really loved the guys playing music by the water last night.”

Delighted with the artisans’ feedback, Brown is already planning for next year.

“It’s worth the price of admission and then some,” Brown said. “We haven’t even reached our vision yet. There is untouched potential here.”

Jim Sullivan covers Amesbury and Salisbury for The Daily News. He can be reached via email at jsullivan@newburyportnews.com or by phone at 978-961-3145. Follow him on Twitter @ndnsully.