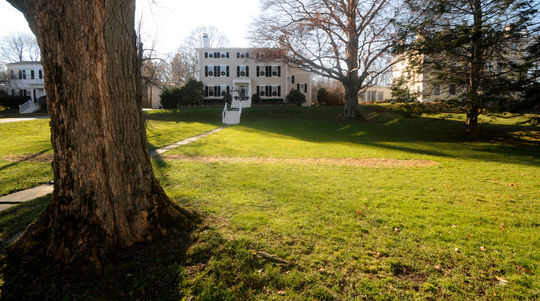 One of the properties that would be affected by a Local Historic District in Newburyport is this one at 59 High St. 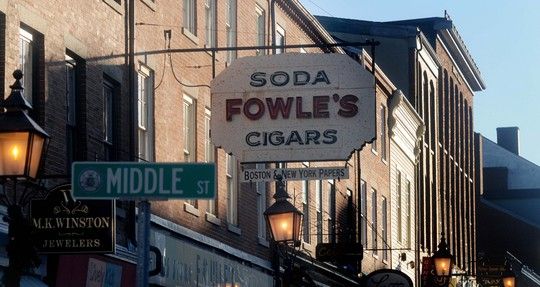 Buildings within this part of State Street would fall under the proposed Newburyport Local Historic District.

One of the properties that would be affected by a Local Historic District in Newburyport is this one at 59 High St.

Buildings within this part of State Street would fall under the proposed Newburyport Local Historic District.

This is a well-preserved city, and a determined circle of municipal leaders and history activists want to keep it that way.

The commission would be tasked with saving historic homes and ensuring that architectural integrity is maintained when renovations occur.

The area for which the commission would be responsible includes High Street, as well as parts of the downtown commercial district.

But not everyone agrees that a Local Historic District is needed. Based on responses at public information sessions this fall, some property owners don't believe the city should create "another layer of government."

The City Council will have the last word on whether any action is taken. But before then, the debate over whether to create a historic district — and a commission to oversee it — will continue among residents and property owners.

This is the first of a four-part series focusing on the proposed Local Historic District and the issues surrounding it.

Tourists and locals alike are intrigued by the history of Newburyport — and the architecture that attests to its venerable past.

Settlers came to this area in 1635, when about 100 adventurous English men and women debarked on the shores of the Parker River in Newbury.

For close to a century, the area developed both merchant and agricultural businesses.

Then, in 1764, in part because merchants near the port at the Merrimack River wanted to increase focus on business and trade, a new community dubbed Newburyport was created closer to the harbor.

Newburyport thrived in the late 18th and 19th centuries with the growth of trade, construction, shipbuilding and merchant services.

And when times are flush, even in yesteryear, large, magnificent houses tend to get built.

During the Federalist period of the late 18th and early 19th centuries, numerous brick mansions were constructed, many on High Street.

Well-crafted smaller residences were built, too, thanks to the skills of craftsmen who learned their trades working on the wooden ships on the Merrimack.

Though the city's downtown business section sustained major damage in a fire in 1811, many residences on High Street prevailed.

And when the commercial downtown was rebuilt, brick was used — much of it brought from England as ballast.

Newburyport continued to develop its housing stock as the 1800s progressed, most notably during the era of the clipper ship in the mid-19th century.

Even today, this city has been able to maintain notable residential structures on High Street and handsome brick buildings in the downtown.

As an assessment by the Local Historic District Study Committee asserts: "It is a remarkable tribute, whether by circumstance, civic pride, luck or a combination of all three, that by the 21st century such an enormous stock of architectural inventory still remains in this city, most of a uniformly high quality.

"Newburyport's age of genuine prosperity ... is amazingly well-preserved despite the many vicissitudes that intervened over the years."

A new ordinance would help preserve that past, according to those on the LHD committee. Members are Sarah White, chairwoman; Doug Bolick, Doug Locy, Edward Ramsdell and Margaret Welch.

The goals of the ordinance, in its current form, are to preserve historic structures by preventing their demolition and to retain historic features such as trim, moldings, period entries and other historic architectural features.

Specifically, the ordinance would protect the historic structures on High Street from being torn down for the purpose of access to the large acreage at the back of many lots.

It is said that in many cases, the only way for a builder to access back acreage of a parcel is to tear down the historic house at the front of the lot.

"Homeowners are approached about this frequently," White said. "While it is wonderful that there may be resistance to this by current homeowners, as properties change hands, there is significant risk that these historic structures that make High Street what it is will be lost."

Bolick said 794 structures would be influenced by a new ordinance. Most are on High Street and in the downtown area circumscribed by Federal and Winter streets.

A new ordinance would create a commission of seven members that would review requests for changes and/or construction in affected areas. It is likely that there would be "back and forth" discussion between builder and commission members. Based on other communities, a learning process is involved for some contractors and architects.

The LHD committee has put in close to four years crafting a report that proposes the new ordinance. Yet, members appear hesitant to provide examples of what exactly is going wrong now that would require a commission.

"We don't want to point fingers," Ramsdell said recently. "But we do feel that a commission would have a positive effect on preserving historic neighborhoods."

But in the context of saving historic structures from demolition, at least two instances can be provided, albeit decades ago.

White said that a pair of large period houses at the corner of High and State streets were razed to make way for a Mobil service station.

Also, the old Wolfe Tavern on the corner of State and Harris streets was demolished. A service station was constructed, and now this parcel is used as a parking lot for the library.

Committee members say that repair and maintenance would not come under the purview of the commission.

A statute regarding LHDs states that the goal is not supervising repairs or paint color but "in general, the ordinance would ensure that third parties could not buy a historical structure, rework it and sell it after making disfiguring changes."

Creation of an LHD is not a new municipal function. State officials said that there are several hundred such districts in Massachusetts, including ones in Haverhill, Newbury and Rowley.

And they abound all over the country.

One of the nation's most successful LHDs is in Savannah, Ga. Like Newburyport, Savannah is a city on the Atlantic, bordered by a river and filled with stately 18th and 19th century homes.

Coming tomorrow: A look at how the Local Historic District works in Savannah, Ga.