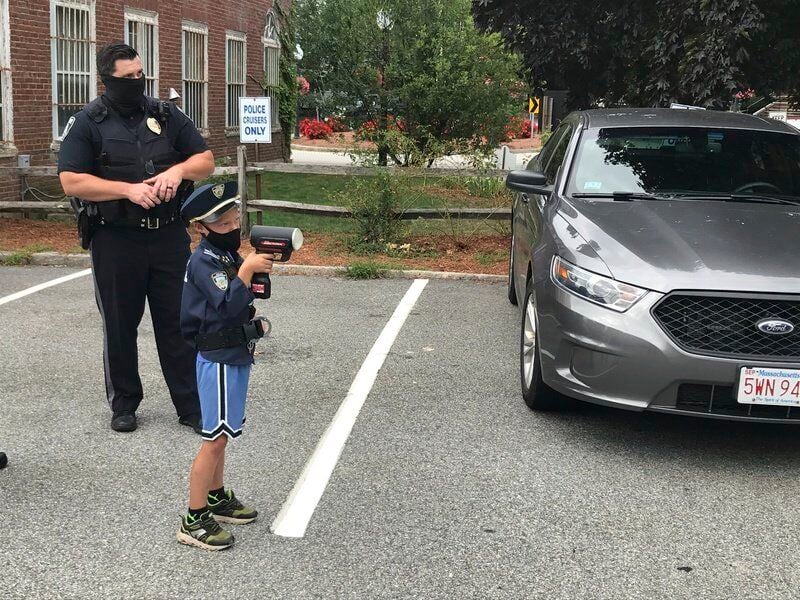 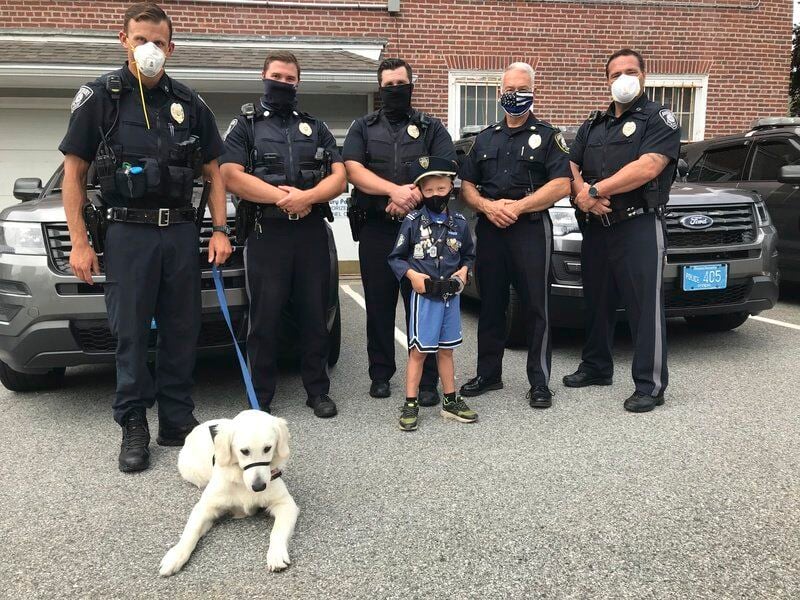 DAVE ROGERS/ Staff photoColin Beattie, 6, of Beverly stopped by the Amesbury police station last week. It was the 35th police station he has visited with his mother since June in their effort to tour all the police stations in Essex County.

DAVE ROGERS/ Staff photoColin Beattie, 6, of Beverly stopped by the Amesbury police station last week. It was the 35th police station he has visited with his mother since June in their effort to tour all the police stations in Essex County.

AMESBURY — Over the last several months, 6-year-old Colin Beattie of Beverly and his mother, Amanda, have visited 34 police stations across Essex County, with the goal of going to all of them.

On Thursday morning, Colin, along with his mother and 10-year-old sister Alana, hit their 35th station when they stopped by the Amesbury Police Department.

“I think it’s cool,” Colin, wearing his own police uniform and hat, said as he chatted with Amesbury police Chief William Scholtz and several officers.

Among those greeting Colin for his tour of the station was the department’s therapy dog, Whit. Named after local abolitionist-era poet John Greenleaf Whittier, Whit joined the department back in April.

“It’s exciting to see him get so excited,” Scholtz said, adding that his attitude regarding police officers was “refreshing.”

Asked what his favorite station has been so far, Colin put Amesbury at the top of his list.

“I think this one, maybe now, or the one with the Hummer,” Colin said, referring to the Salisbury Police Department.

Amanda Beattie said she and her son have been visiting stations since June. The idea came after Colin drew attention to his love for police officers when he sat in his toy police cruiser outside his home. Colin would “do radar” from the toy car, prompting the real Beverly police to stop by and talk to him.

The Beatties have visited two or three stations a week whenever Amanda had some spare time to drive her son around, she said. All that’s left are the Methuen and Haverhill police stations.

“I hope all his visits have been as great as this one,” Scholtz said.