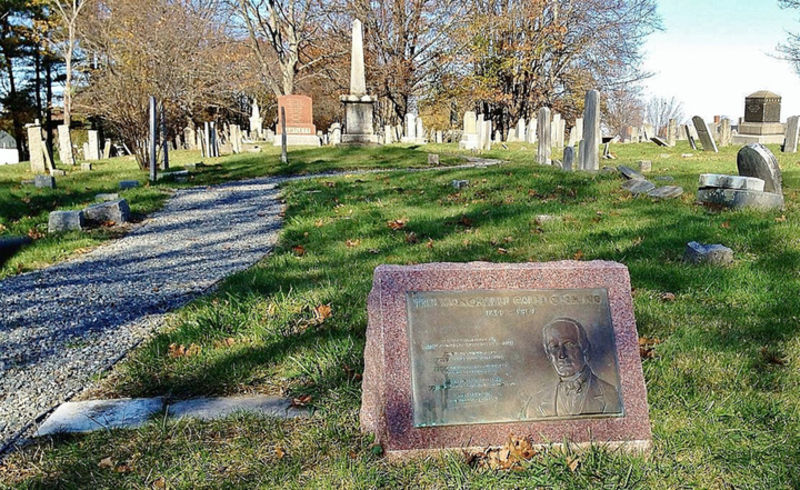 The ground-level headstone of Caleb Cushing leads to the rising memorial to the rear. 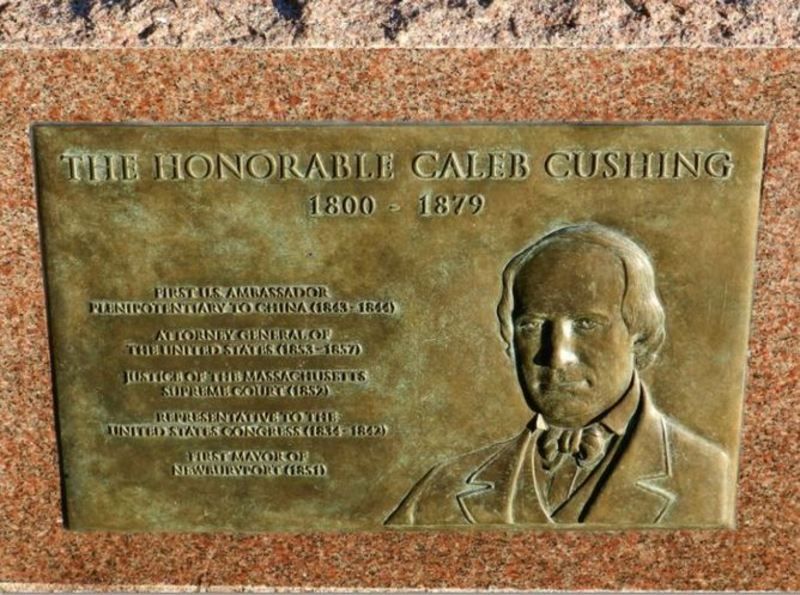 A plaque dedicated to Caleb Cushing in Newburyport's Highland Cemetery.

The ground-level headstone of Caleb Cushing leads to the rising memorial to the rear.

A plaque dedicated to Caleb Cushing in Newburyport's Highland Cemetery.

Editor’s note: As Newburyport celebrates its 250th anniversary this year, The Daily News is publishing a series of articles that looks back on the city’s history. Today we focus on Caleb Cushing, who historians say was the most accomplished and most colorful public figure in the municipality’s long history.

This community has produced thousands of illustrious citizens over the decades, but if there is a No. 1, it is Caleb Cushing.

John J. Currier, who wrote the definitive early Newburyport history in 1906, said, “Among the distinguished citizens who have lived within the limits of these two towns since the first settlement at Parker River, none have occupied more important or more honorable positions in public life than Mr. Cushing.”

Caleb Cushing was the son of John Newmarch Cushing (a prosperous shipping magnate) and Lydia Dow of Seabrook, and initially lived in Salisbury.

The family moved to Newburyport when he was about 2 and he grew up at 98 High St., which is now the Cushing Museum and home to the Historical Society of Old Newbury.

Cushing, relentlessly intelligent, entered Harvard at 13 and graduated at 17. He was accepted to the bar at age 23, and in 1824 married Caroline Elizabeth Wilde, daughter of a judge on the state Supreme Judicial Court.

Caroline died less than a decade later. The couple had no children and he never married again.

He was a congressman, the first envoy to China, a colonel in the war with Mexico (1846) and the first mayor of Newburyport (1851).

“He was very versatile and was involved in just about every major event that touched Newburyport,” said Michael Mroz, director of the Custom House Maritime Museum. “He was the first mayor, he was an envoy overseas, he was active in judicial matters.

“Cushing had great drive and energy; he found time to write books and try court cases.”

Cushing served in Congress from 1835-1843, and at one time was chair of the U.S. House Committee on Foreign Affairs.

Historians suggest that his interest — and activity — in international developments started here.

In 1843, for instance, Cushing was named as envoy to China, and helped negotiate a treaty of navigation and commerce — a first with that country.

In addition to success on the federal level, Cushing was active in local politics.

He was a member of the state House and state Senate.

In 1851, he led a discussion of Newburyport becoming a city (rather than a town), and emerged as the community’s first mayor when voters approved a city form of government.

He helped supervise the creation of City Hall, finished in 1851.

As a young man, he wrote a history of Newburyport and the Great Fire of 1811.

Later, he founded the Cushing Land Agency in St. Croix Falls, Wisc., suggesting that his interests were diverse and far-reaching.

He served from 1853-57, and he espoused views that today might be considered outside the mainstream.

An advocate of states’ rights, he supported the Dred Scott decision, which ruled that slaves were property and could be retrieved by owners, even in the North.

Cushing presided over the Democratic National Convention in 1860 in Charleston and later in Baltimore.

“Cushing wasn’t pro-slavery,” said Kevin MacDonald, curator at the Maritime Museum. “He wanted the preservation of the union and he knew many Southern leaders.”

If Cushing’s position on slavery and secession sounds unusual, it wasn’t unique.

President Abraham Lincoln, early in his first term, said that if he could maintain the union even with the continuation of slavery, he would do it.

Cushing supported the union once the war started, but his anti-abolition feelings followed him.

President Ulysses Grant nominated Cushing for chief justice of the U.S. Supreme Court in 1874, but many members of Congress opposed him because of his early opposition to the war.

His nomination was withdrawn.

One of the most unusual legal assignments he ever undertook involved maritime commerce — and Newburyport.

After the war, a tribunal was set up by American and English governments in Geneva, Switzerland, “to provide for the settlement of claims arising from the capture and destruction of American vessels by Confederate cruisers fitted out in English ports during the Rebellion.”

The Confederate ship Alabama destroyed dozens of commercial ships owned by New Englanders, many in waters far from America.

The international court awarded $15.5 million in gold to the U.S. government, which eventually paid claims by ship builders who could prove loss.

More than a score of shipping enterprises in Newburyport received payments.

An example: The Sonora, a 700-ton Newburyport vessel captured and burned by the Alabama in the Straits of Malacca (a shipping lane off the Malay Peninsula, between the Indian Ocean and the Pacific Ocean).

The owners’ claims for $60,000 were approved, according to historian John Currier.

The decision represented a substantial cash infusion for the city’s waterfront — and a major legal victory for Cushing.

Cushing achieved much; but like many personalities in high places, he could make enemies.

A biographer wrote, “With an unharnessed mind and probing intellect, Cushing inspired and infuriated contemporaries with his strident views on such topics as race relations and gender roles, national expansion, and the legitimacy of secession.

“The versatile and argumentative Cushing never mastered — nor did he apparently try to do so — the subtleties of political combat or personal interaction. Instead, he took a perverse delight in smashing his opponents either in public address or on the editorial page.”

“Of all the political figures over the years, Caleb Cushing would rank as the most accomplished,” said Ghlee Woodworth, a local historian who several years ago organized a project to rehabilitate the gravestone of Cushing — and create a public path to it.