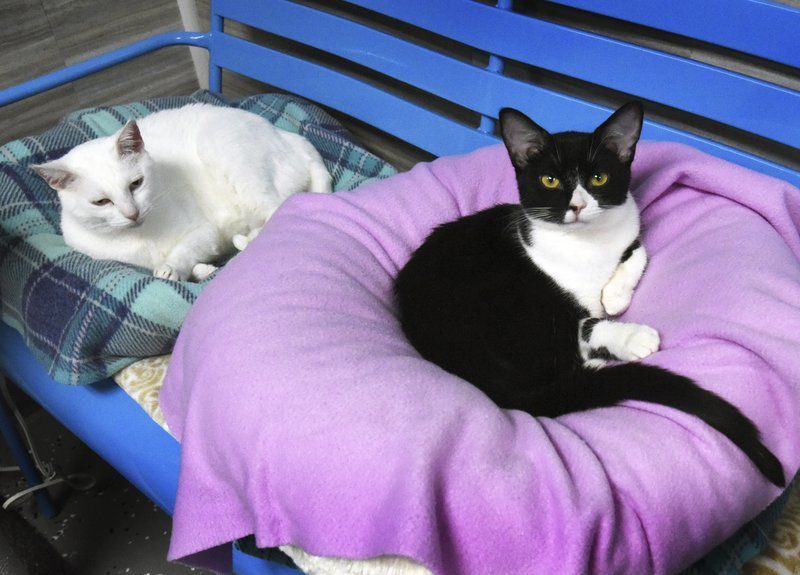 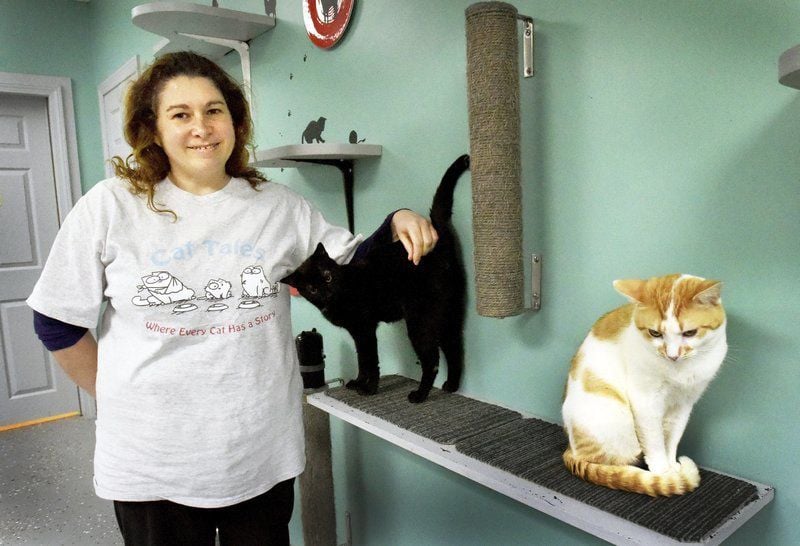 SEABROOK — Kelli Cassidy is on a mission to find loving homes for local and faraway felines with her nonprofit cat rescue, which opened in June and has already seen great success.

Cassidy, a local business owner and cat enthusiast from Georgetown, opened Cat Tales on June 10 with the mission of finding loving homes for all cats, from kittens to elders. She prides herself in taking in felines overlooked by other rescue shelters because of their age, behavior or medical condition.

Since opening, Cassidy said she’s overseen 100 adoptions. Before this can happen, cats spend time at Cat Tales, where medical care, a healthy, clean environment and interaction with fellow furry friends are provided. The nonprofit takes in all cats from New Hampshire and surrounding areas. As space allows, she said, Cat Tales will take in out-of-state felines that are homeless or in high-kill shelters.

Cat Tales has transports running every other week on the East Coast, said Cassidy, who has been saving cats from across the country for six years.

She began organizing transportation for cats between rescue shelters from the South. The idea of saving animals really sparked Cassidy’s interest when she and her husband were on vacation in Barbados, where they found two abandoned kittens born without eyelids. Cassidy took in the cats and nursed them back to health.

Cassidy noted that many cats will be euthanized if not adopted in time.

“We were kind of naive,” she said. “I actually only had one cat at home. I never grew up with cats.”

After spending time working with FuRRR Feline Rescue in Gonic, New Hampshire, Cassidy decided to open her own space closer to home. Although she said operating a cat rescue isn’t necessarily her passion, she believes it is needed.

“Obviously, I love the cats to pieces and I wouldn’t do it if I didn’t love the cats,” she said. “It’s more of a need. I guess when you see the cats and where they came from and when they go home, it’s really wonderful to see that. This is like having 40 kids. They start with each other, and I have to say, ‘Leave your sister alone.’”

Cat Tales is housing about 35 cats with 15 or so felines on their way up from a kill shelter in New Jersey. Cassidy also recently received a few cats rescued in South Carolina, including a black cat named Sushi, one of the original cats from when Cat Tales opened for business.

Rescue cats stay in the main adoption room, which is set up as a space to roam with toys, scratching posts and shelves for the curious creatures to explore. There are also cat beds with heating pads to provide warmth, Cassidy said.

Others, she added, are sent to one of the two quarantine rooms if they are sick. Once cats are healthy, they are moved into the adoption areas. Cassidy then prepares to set up for new cats coming into the facility. In addition, she works with veterinarians at Muddy Creek Animal Care Center in Rowley to make sure all cats receive a health certificate.

“It’s always this transition of cats coming in and cats going out,” said Cassidy, who noted she spends about 60 to 70 hours each week caring for the surrendered cats. “We have quite the smorgasbord.”

One of her rescues, Poe, has patches of matted fur on his back, so he doesn’t like to be scratched in certain places, Cassidy said. Poe is in quarantine because he was an “only cat” growing up. Once he is slowly acclimated to interacting with other cats, he will be placed in the adoption room.

All of Cassidy’s cats are spayed and neutered at Merrimack River Feline Rescue Society, tested for illness and microchipped so they can be identified if they get lost, she said. In addition, felines are tested for parasites and their vaccinations updated. Cassidy will allow some cats with medical conditions to be fostered by people who are experienced owners.

If someone is interested in adoption, people are invited to come in and meet the cats. With Merrimack River Feline Rescue Society located close by in Salisbury, Cassidy said it’s been beneficial to work with the organization.

“There’s enough cats to go around,” Cassidy said. “I don’t think there’s any competition. There’s obviously a need for them and they can’t take everybody in ... . We share our standard operating procedures, if someone knows something about anti-worming medication or if there’s a sickness going around with cats, we let each other know.”

Despite the success, Cassidy admitted she is in desperate need for volunteers, pet supplies and monetary donations.

“We’re all in it for one goal and that’s to get these cats saved, safe and in good homes,” she said.