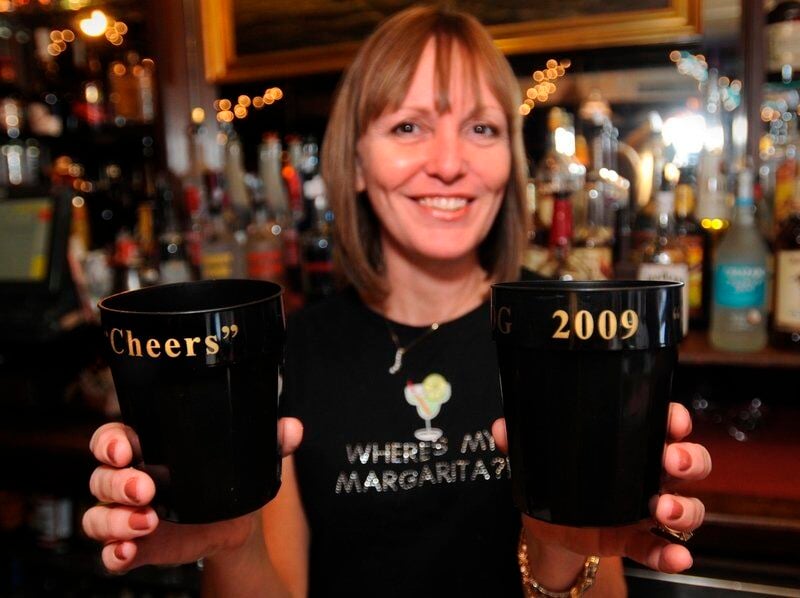 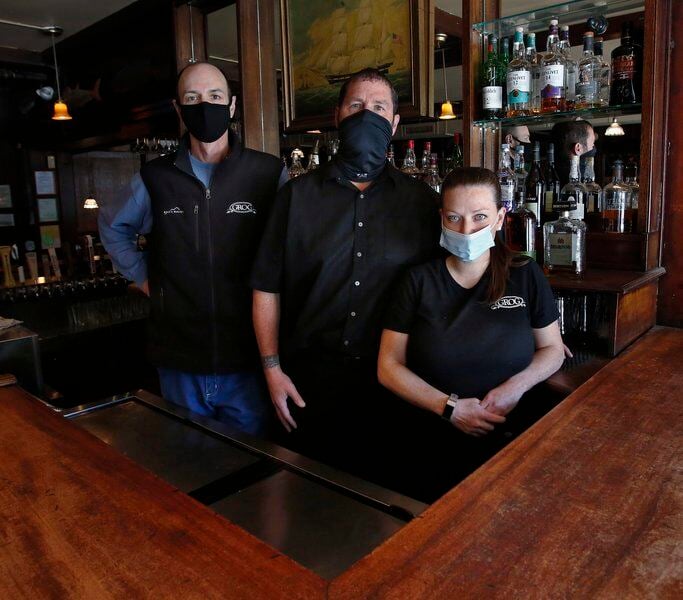 NEWBURYPORT — Before shifts at The Grog, former bartender Lesley Fitzgerald would come in early to compulsively clean the mirrors behind the bar and make sure bottle labels were lined up perfectly on the shelves. Some days, she would come in with freshly baked goods or handsewn clothing she crafted for her regulars.

“She was so OCD,” longtime co-worker and the current sous chef, David Melusky, said with a chuckle Friday afternoon.

Since her death, her regulars have streamed into the Middle Street restaurant to raise a glass and toast the beloved bartender. The fact that Fitzgerald’s last shift at the bar was almost three years ago mattered not.

“Everybody adored her,” Melusky said, adding that it was “a very unique experience” working with her.

Maybe it was her British accent or her quick wit or maybe it was the fact she treated her customers like they were guests in the home she shared with her husband, David Fitzgerald. Whatever the reason, Lesley was an institution at The Grog since her first shift in 2005, according to Grog co-owner William Nichelmann.

She became so popular, so important, that she actually affected how well the bar did financially.

“She had a profound impact on the business,” Nichelmann said, adding that regulars would often text or call to make sure Fitzgerald was working on a day they wanted to come in.

When Fitzgerald announced she was leaving her previous job at what was then called Ten Center, several bar and restaurant owners began lining up with the hope of hiring her. She was that popular and important, Nichelmann said.

That impact can be read on the restaurant’s drink menu, which features Lesley’s Martini. Comprising Frangelico, Bailey’s Irish Cream, Kahlua and Absolute vodka, the drink is one Fitzgerald created.

“She always made time for everyone, even if she was super busy,” Nichelmann said.

Since Fitzgerald’s death, the mood inside The Grog has been all over the place. The first few days, last Monday especially, was extremely tough, according to Nichelmann and Melusky. But as the days passed, the mood has lightened to what is now a new normal.

In addition to the numerous regulars who have come in to pay their respects, a slew of emails have been sent and hundreds of comments posted on social media.

Due to COVID-19 health concerns, plans for a party at The Grog to honor Fitzgerald will have to wait. But if and when that party happens, the entire two-floor eatery would be packed, Nichelmann said.

Fitzgerald was raised in Feltwell, England, and moved to the U.S. with her first husband, the late Patrick Gavin. The pair had two children together and eventually moved to Newburyport. In 2002, Lesley married David Fitzgerald and they built a life together in Newburyport.

In addition to her husband, Fitzgerald leaves her daughter, Kerry Marshall, and her husband, Bryan Marshall, of Salisbury; her son, John Gavin and his wife, Angela Gavin, of Amesbury; and her stepson, Justin Fitzgerald of Haverhill.

She also leaves three grandchildren, Joshua Gavin, Emily Gavin and Gwendalynn Marshall; her brother, Peter Dopson, and his wife, Lori Dopson of Grand Rapids, Michigan; and her sister, Toni Harris, and her husband, Craig DeCelles of Great Falls, Montana. She also leaves many nieces and nephews, among other relatives.

In a letter to the editor published in The Daily News days after her death, former regular Michael Cook of Gloucester called Fitzgerald a “welcoming ambassador” who knew what her regulars drank and often had their drinks ready by the time they sat down.

“Lesley Fitzgerald may have lost her battle with cancer, but she leaves behind a legacy of warmth, kindness and caring, for locals and visitors alike, that should be the gold standard of hospitality,” Cook wrote.