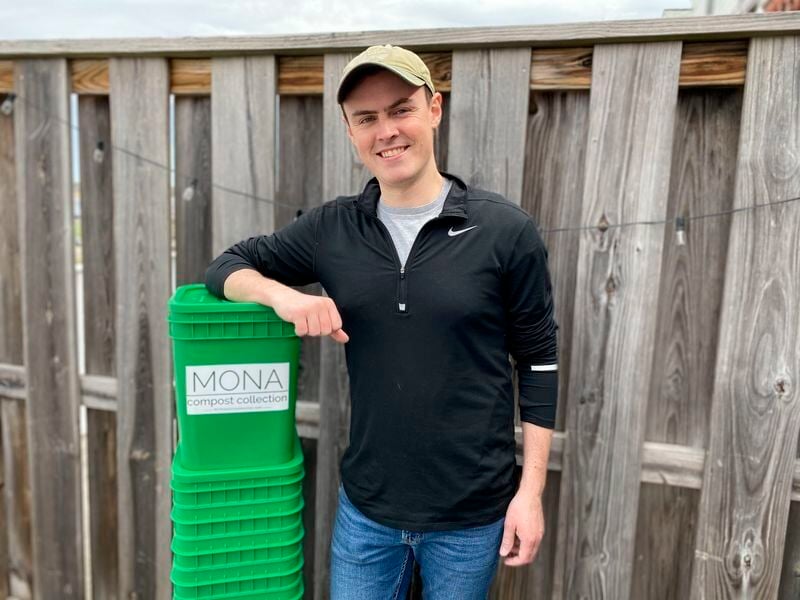 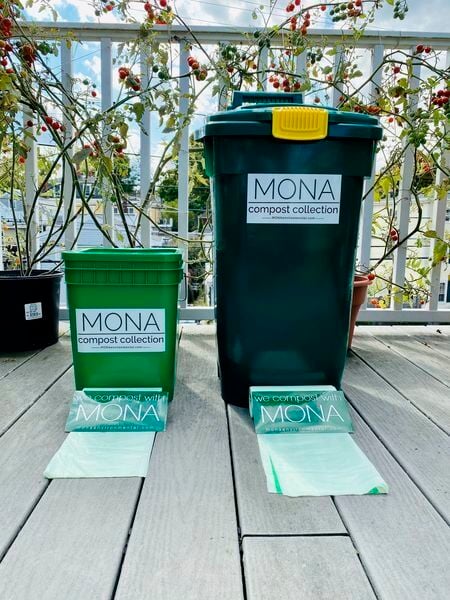 NEWBURYPORT — A local man's composting startup is just the beginning in his quest to create a more sustainable world.

Ted Lague, a Newburyport resident with a background in management consulting, has always loved the outdoors. In January 2020, he started thinking about what he could do to help the environment while educating others.

"The mission of the company is to inspire the preservation, the conservation and the renewal of earth's natural resources," Lague said.

In pursuing this mission, Lague said food waste seemed to be one of the biggest problems, so he built the company around addressing that issue.

Lague originally planned to launch his company on March 17, 2020, or St. Patrick's Day, but the COVID-19 pandemic put his plans on hold until June, when he officially had his first customer.

For a limited time, the City of Newburyport is offering free starter kits to residents. The kits include bins, bags and MONA Environmental stickers.

In Newburyport, the plans start at $8.99 a month but with an annual subscription, it's just under $2 a week.

Lague doesn't have any staff yet, except for the network he works with to collect food waste and turn it into compost, as well as some help he received getting the software for the system running.

All collected food waste either ends up as finished compost, which goes back into the soil, or is processed into a slurry that he said the Greater Lawrence Sanitary District uses to create renewable energy.

"We didn't want to just do one solution, but rather, a number of solutions — depending on the impact to the environment, how far we have to take it and how cost-effective it is for the consumer," Lague said.

All customers receive a free bag of compost in the spring to use in their own gardens. Through the customer portal, people can also see the weight of food waste that MONA Environmental has diverted from landfills each week, as well as their own impact and personal contributions to carbon dioxide reduction.

"We're trying to make it as engaging and as simple as possible," Lague said.

Looking to the long term, "The hope is that we can scale to a point that we're offering other products and services that really go after that mission of preserving, conserving and renewing natural resources," he said.

The goal is to educate others on how to reduce food waste while also recognizing that the waste they do have can be recycled.

Around the holidays In December, Lague hosted the #FABchallenge, or Fill-a-Bag Challenge, where people were encouraged to fill a bag with donations for local food pantries such as The Pettengill House in Salisbury. In total, MONA Environmental collected and donated about 3,000 pounds of food.

"If you have food that's just sitting in your pantries that's not being used and you know you're not going to use, let's get it into the hands of folks that really need it right now," Lague said of the idea, adding that he is planning similar efforts for the future.