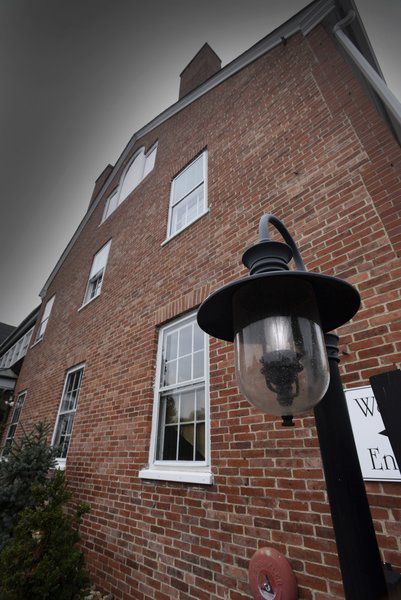 BRYAN EATON/Staff photoStaffers at the Brick & Ash restaurant in Newburyport, which for many years was 10 Center Street, believe the historic brick building is haunted. 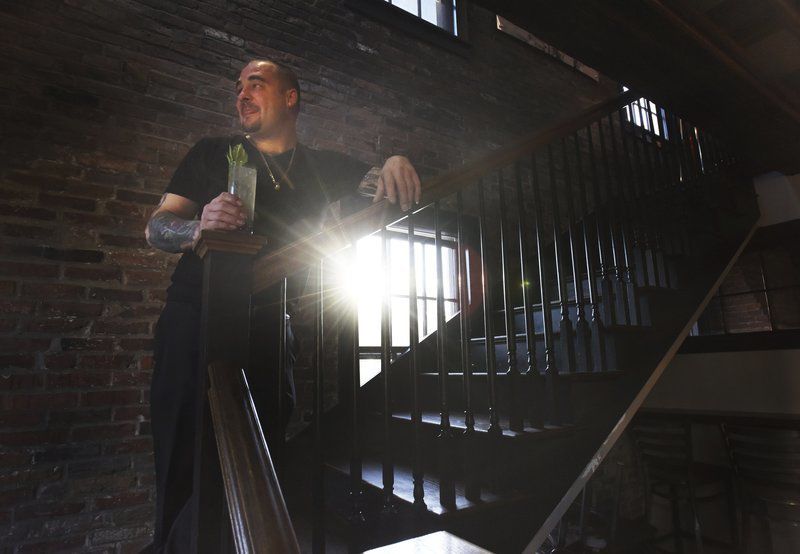 BRYAN EATON/Staff photoPaul Rose Jr., a manager at Brick & Ash, and other employees, have heard noises throughout the Newburyport restaurant that they believe could be of a ghostly nature. They have named the spirit Lucinda and created a cocktail in her honor.

BRYAN EATON/Staff photoStaffers at the Brick & Ash restaurant in Newburyport, which for many years was 10 Center Street, believe the historic brick building is haunted.

BRYAN EATON/Staff photoPaul Rose Jr., a manager at Brick & Ash, and other employees, have heard noises throughout the Newburyport restaurant that they believe could be of a ghostly nature. They have named the spirit Lucinda and created a cocktail in her honor.

When the restaurant opened at 10 Center St. in 2016, O’Connor, a self-described “big city boy from Birmingham, England,” was the general manager, and he had few superstitions.

So, when he was told stories by employees who had worked in the building before about Lucinda, one of at least a couple of spirits rumored to haunt the building, he didn’t take them seriously.

O’Connor said he began to mock the supposed ghosts to amuse his staff, but it wasn’t long before “they” began responding to his calls.

“I’d walk in and say, ‘Hi Lucinda, how are you,’’’ recounted O’Connor, who now holds a very different opinion of the supernatural.

“Again, I was a big nonbeliever, and part of me thought it was just my brain messing with me. ... It is haunted,” he said. “Very weird stuff happens. I think they came aggressively to give me a hard time.”

As local lore has it, 10 Center St. once served as a brothel during Newburyport’s days as a busy seaport in the 19th century. In the years since, the building has been used as an inn and several restaurants.

The building’s infamous and now iconic spirit, Lucinda, is said to have been a prostitute from that era who was killed when she was thrown down the building’s stairs, breaking her neck.

Through the years, employees who worked in the building have continued to pass down similar stories that suggest an unworldly presence — flickering lights, phantom footsteps on the second floor, doors closing by themselves, and even glasses toppling from shelves in empty rooms, all of which O’Connor has experienced himself.

But unlike most others, O’Connor claims to have come face to face with one of the spirits — not Lucinda, but an old sea captain who is also rumored to have died in the building.

One night, while filling out paperwork in the restaurant’s upstairs office, O’Connor said he spotted the ghostly figure of a white-bearded man clad in a gray suit and top hat sitting in a leather armchair.

The experience rattled O’Connor so much that he stopped spending nights alone at the restaurant, which were usually when the encounters took place.

“Some nights when I used to work here, I would throw the money in the safe, set the alarm and just leave,” O’Connor said. “It’s just that I knew there was something there.”

O’Connor has since become beverage director for Wolf Management, the company that runs Brick & Ash, so he seldom has to work at the restaurant.

Paul Rose Jr., the restaurant’s general manager, casually reports regular brushes with the supernatural, which usually manifest themselves in harmless ways, but the experiences have become so commonplace that he seems to barely acknowledge them.

“You can hear doors opening and closing or people walking around when you know no one’s here, and when it’s quiet, you’ll sometimes hear someone coming up or down the stairs. ... I hear stuff, but I don’t see anything,” Rose said. “What’s going to happen? A ghost isn’t going to hurt me.”

Bartender Shannon Robinson has also felt the presence of something unusual in the building and said her first and most profound ghostly experience came soon after she started working at the restaurant in 2016.

As Robinson recalled, she was standing behind the bar, looking across the room at the only other staff member who was working, when suddenly a small metal object seemingly hurled itself off the bar and onto the floor several feet away.

“There was no one else in the building, just the two of us,” Robinson said, offering no other explanation.

Since then, Robinson said she has continued to feel an otherworldly presence, inspiring her to create the restaurant’s signature drink, “The Lucinda,” a gin and tonic with simple syrup and lime juice, garnished with basil, to commemorate its ethereal guest.

And while the restaurant’s specters often leave staff members and customers with unanswered questions about the unknown, Robinson assures there is nothing to feel spooked about.