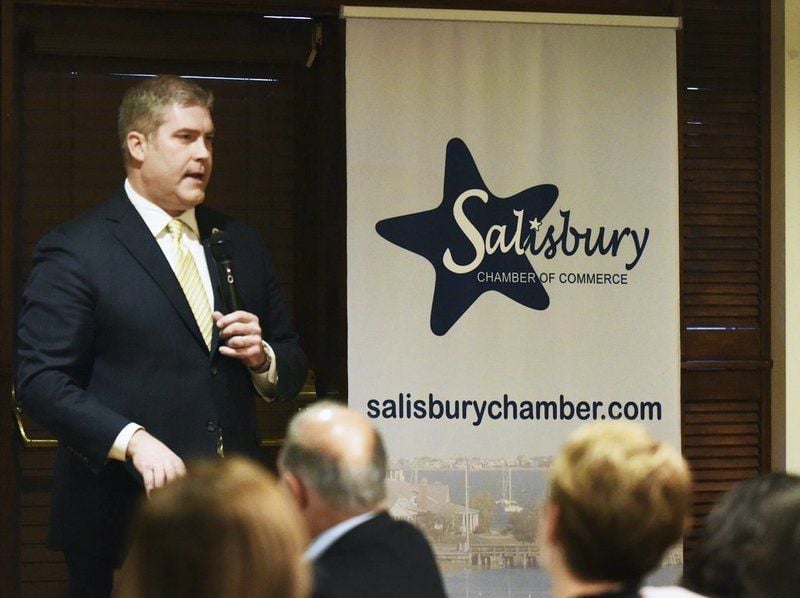 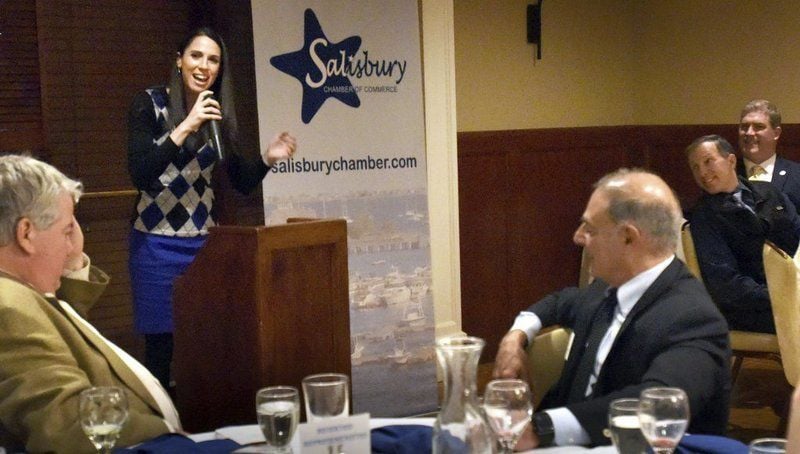 Issues such as small-business development on the New Hampshire border were also touched upon at the Salisbury Chamber of Commerce's legislative dinner meeting.

But it was the funding of public education – and more specifically the Triton Regional School District – that dominated much of Rep. Jim Kelcourse's and Sen. Diana DiZoglio's time.

DiZoglio, a Methuen Democrat, told the crowd at the Sylvan Street Grille that the state has gotten to the point where it is underfunding education by "at least over $1 billion" each year.

DiZoglio asked her constituents to continue to voice their concerns about education to her and Kelcourse, an Amesbury Republican.

"I need your insight, I need your input, I need your ideas because we have limited time," she said. "We are looking to have a bill out within the next couple of months and we are trying to get something done through this budget season."

"We have got to be careful about how we distribute the funds," Kelcourse said. "Because we only have a finite amount of money, say $2 billion. How are we going to distribute that money throughout all of the communities and the commonwealth equitably? That is what we want to make sure we are doing."

The next three months could be crucial for public education, according to DiZoglio.

"This could be our only bite at the apple for several years," she said. "It is really, really important that we get it right and make these changes in the right way."

Kelcourse​ added that he recently met with Triton Superintendent Brian Forget and Triton School Committee Chairman Nerissa Wallen, who he  called a "superstar."

"(Wallen) knows the nuts and bolts, she knows the intimate details of what it is going to take for us to be able to deliver for the people of Salisbury so that you are not hampered by the really big, huge assessment this year," Kelcourse said.

DiZoglio and Kelcourse also discussed the problem of combined sewage overflows, which has results in millions of gallons of untreated sewage pouring into the Merrimack River from upriver treatment plants.

"I never thought I would be dealing with (sewage) flowing down the river as your state senator, but here we are," DiZoglio said.

Combined sewage overflows are "a tremendous concern" to DiZoglio, who said fixing the problem will take cooperation at the federal, state and local levels.

DiZoglio said she, Kelcourse and Newburyport Mayor Donna Holaday came up with the idea of creating a regional Merrimack River task force that would include people from relevant environmental groups, and local and state officials to focus on fixing problems related to the river.

DiZoglio said she has contacted the Merrimack Valley Planning Commission for help bringing such a task force together.

DiZoglio said she intends to bring Leo Roy, commissioner of the state Department of Conservation and Recreation, to the area soon.

The senator said she also expects to see a public hearing in the near future with the Massachusetts Department of Transportation on plans to fix the pothole-plagued North End Boulevard in Salisbury.

Newburyport - A Celebration of...