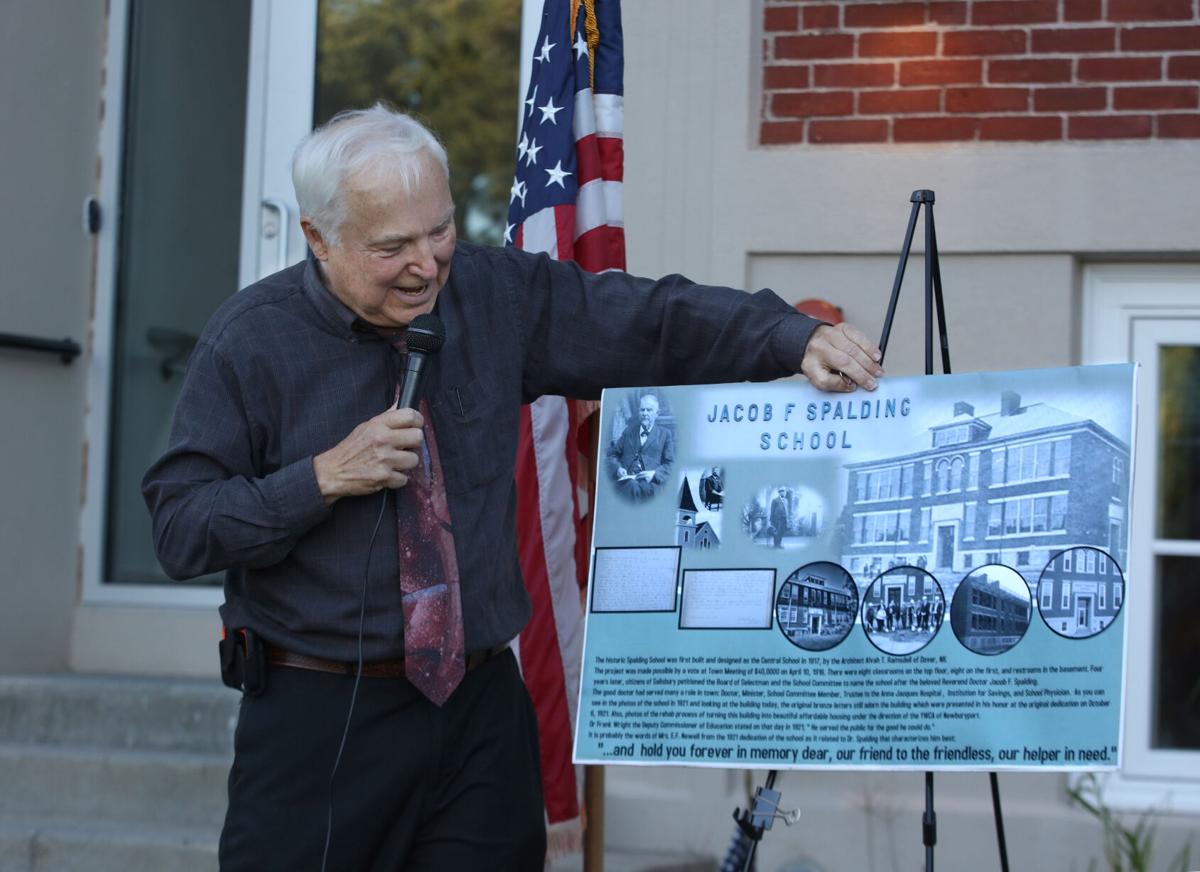 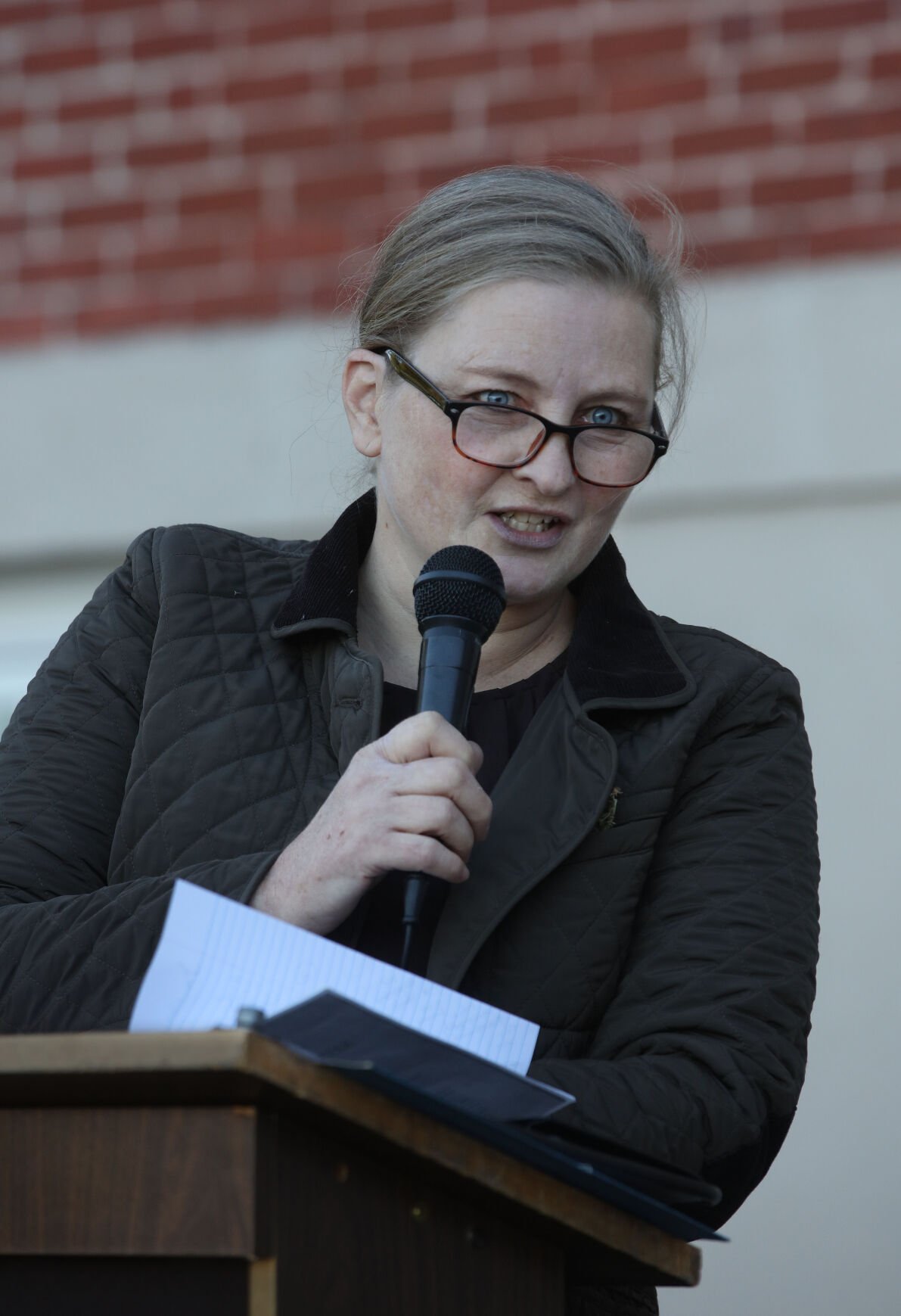 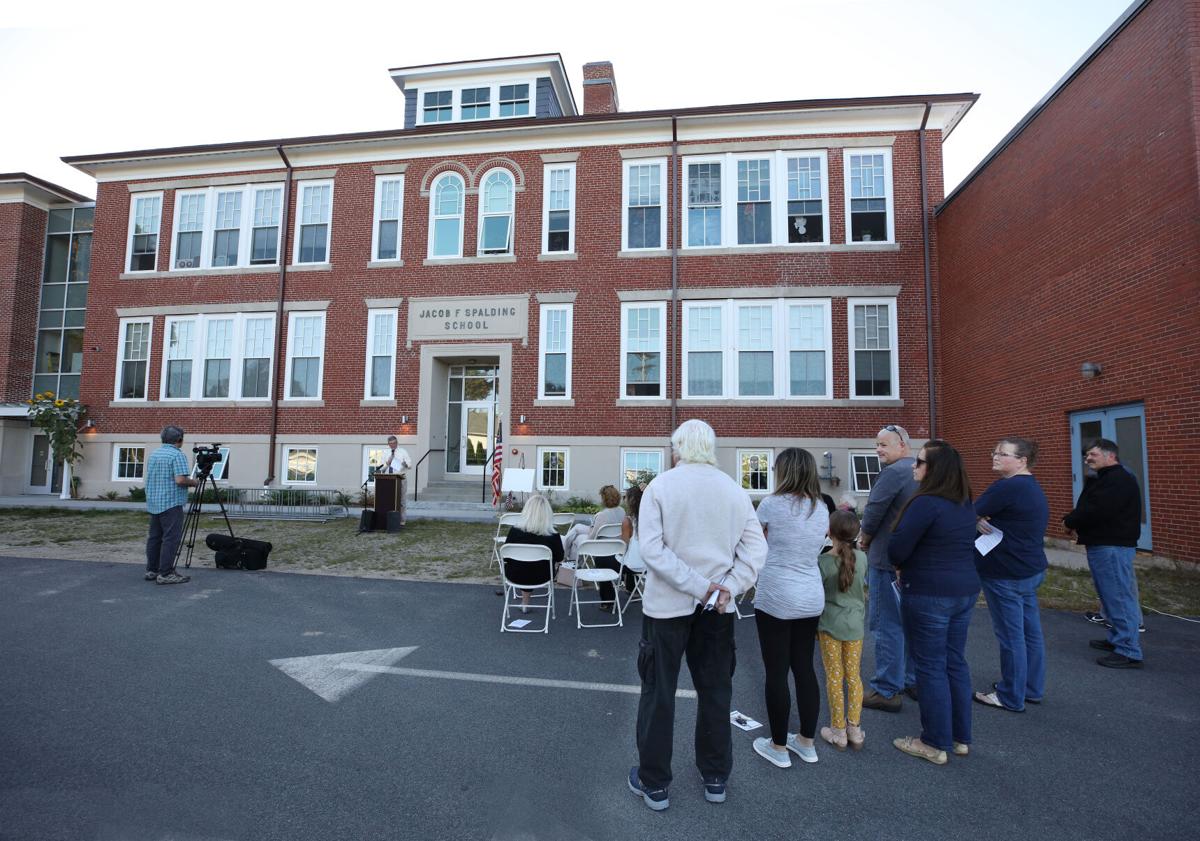 A small crowd gathers for a 100th anniversary rededication ceremony at the Jacob F. Spalding School building in Salisbury.

A small crowd gathers for a 100th anniversary rededication ceremony at the Jacob F. Spalding School building in Salisbury.

SALISBURY — The sounds of “America (My Country, ‘Tis of Thee)” rang out just behind Maple Street on Wednesday afternoon, a century to the day after the name of the Rev. Jacob F. Spalding became familiar to local schoolchildren.

The original bronze lettering carrying Spalding’s name was dedicated to the school on that day 100 years ago. The building is now YWCA Greater Newburyport’s The Residences at Salisbury Square affordable housing complex.

“Dr. Spalding was getting quite old at 80 years old at this point in his life in 1921,” Knowles said. “And Mrs. Francis Pettengill, another Salisbury name, thought it would be fitting.”

“He was a great man,” Frothingham said. “I’m pretty proud of him. I never knew him but my dad talked about him a lot.”

“I have a picture of him with a horse and buggy back when he was a doctor on my wall,” Frothingham said.

Harrington said the former Central and Spalding School still carries a lot of meaning to many people in town.

“Rather than lose this to the wrecking ball, I think that the YWCA and all of the folks who were involved in converting this into affordable housing have done a wonderful job,” Harrington said. “It is important, at least in my mind, to retain as many meaningful structures in town as possible, particularly in historic communities like Salisbury.”