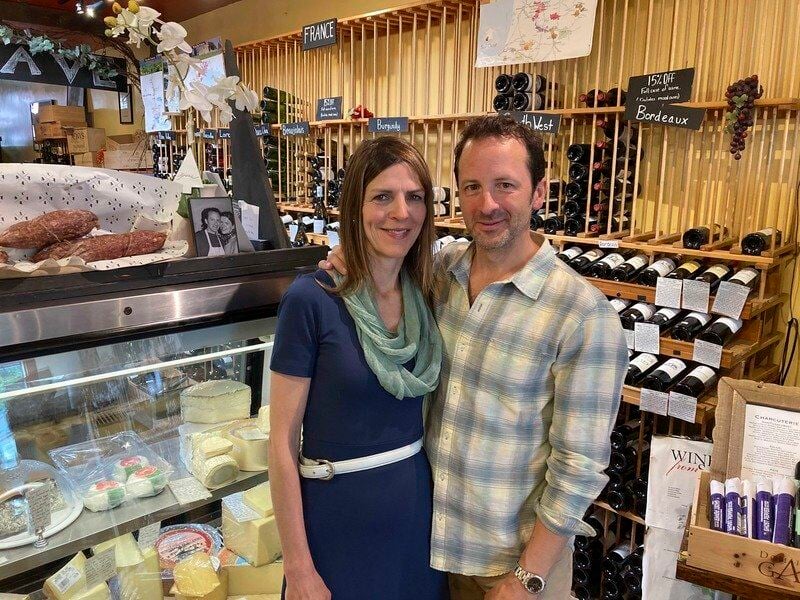 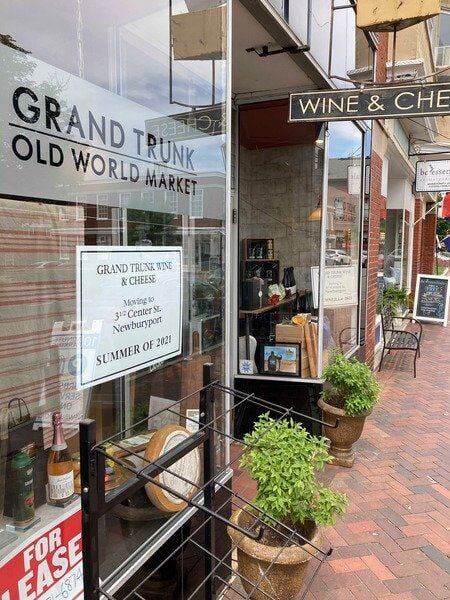 NEWBURYPORT — Grand Trunk Wine & Cheese, which sells fine wine and high-end foods on Pleasant Street, will be leaving its home of 18 years and relocating to 3½ Center St. in a move that co-owner Angela Kirkpatrick called “karma.”

Angela and her husband, Jeremy Kirkpatrick, bought the small cape across the street from Brick & Ash in early May for $450,000 and are revamping the interior and improving the exterior without, they say, losing the charm of the original 19th century building.

“There’s history and passion in it,” she said late last week.

The commercial space, built in 1850, was last home to Piel Craftsmen, a model ship shop. According to the city’s online assessor’s database, it was assessed in 2021 at $247,700 and was last owned by William T. Partridge Jr., a builder and restorer of ship models.

The Kirkpatricks have taken down an interior wall to provide more of an open concept showroom for their imported and domestic wines, cheese and other products that have garnered them a loyal local following. They have also updated the plumbing and wiring along the way. But the original rafters and planks have been saved and will be used in their new shop.

Despite the move to another location, the Kirkpatricks said they will continue to offer the same inventory but with an added bonus: three parking spaces. With any luck, Grand Trunk Wine & Cheese will be opening its doors on Center Street in August, they said.

The move comes as the Kirkpatricks still had time left on their lease and a cordial relationship with their landlord. But when the Center Street property came on the market, they swooped in before a developer could snatch it and perhaps tear down the cape. That’s where the karma came in, according to Angela.

Jeremy called the move a positive step for them and for their customers.

“We want people to know this is a good thing,” he said. “We want to keep the feel of downtown Newburyport.”

The Kirkpatricks opened Grand Trunk about 18 years ago at what had been Premier Market owned by Saul Katz and his sister, Gladys Katz. A photo of Saul, along with a photo of the Kirkpatricks on the first day they opened for business, can be found near the front register.

With the mindset of starting a Newburyport business, Angela walked by Premier Market in 2002 and told Saul that if he ever decided to retire, she and her husband would be interested in renting the space. A short time later, he took them up on their offer, she said.

“We decided it was our passion,” she said.

Saul died in 2018 at age 91. For a generation of older Newburyport residents, he was known as the “kind gentleman” at Premier Market on Pleasant Street. He began working at his father’s shop at 9 years old and never left the business, according to his obituary in The Daily News.

Like virtually every other brick-and-mortar store, Grand Trunk Wine & Cheese saw the business drastically change in 2020 when COVID-19 social distancing restrictions were put in place. Over the next 12 months, the shop saw the loss of their employees and the streamlining of its offerings.

Jeremy said the entire store was squarely on their shoulders.

“We’ve worked harder than we did the last 18 years,” he said.

Now, there is a distinct division of labor between them with Jeremy handling purchases and Angela being the face of the business.

Angela said there was no discussion about them closing the business during the pandemic. Instead, they adapted by offering curbside services, online ordering and more gift baskets for special events. They even held virtual cooking classes, all with the goal of keeping engaged with their customers.