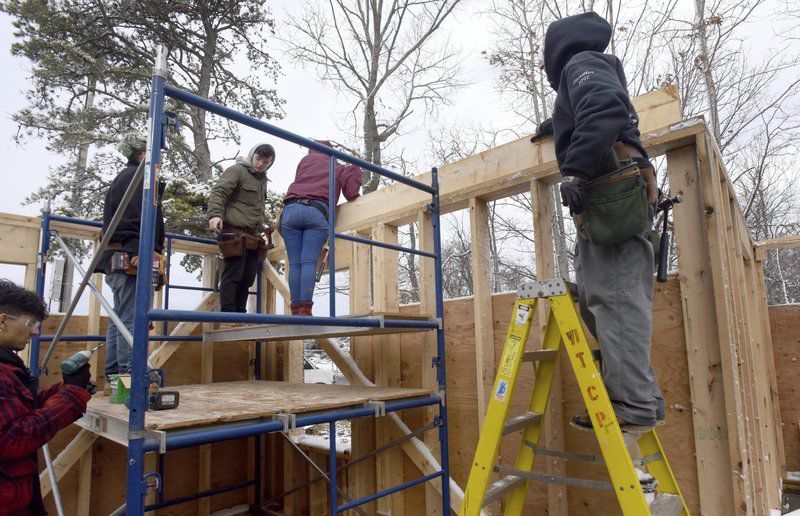 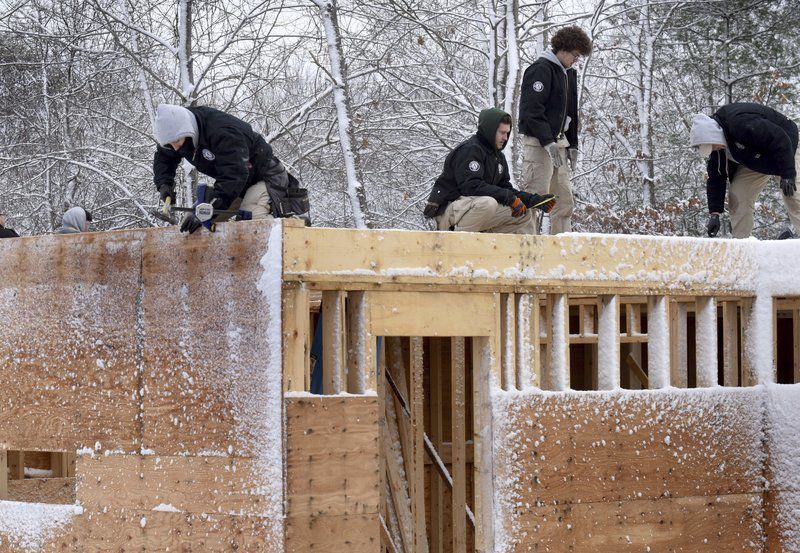 BRYAN EATON/Staff photoA crew from AmeriCorps and Whittier Tech help to build a home for Habitat for Humanity on Old County Road in Salisbury. 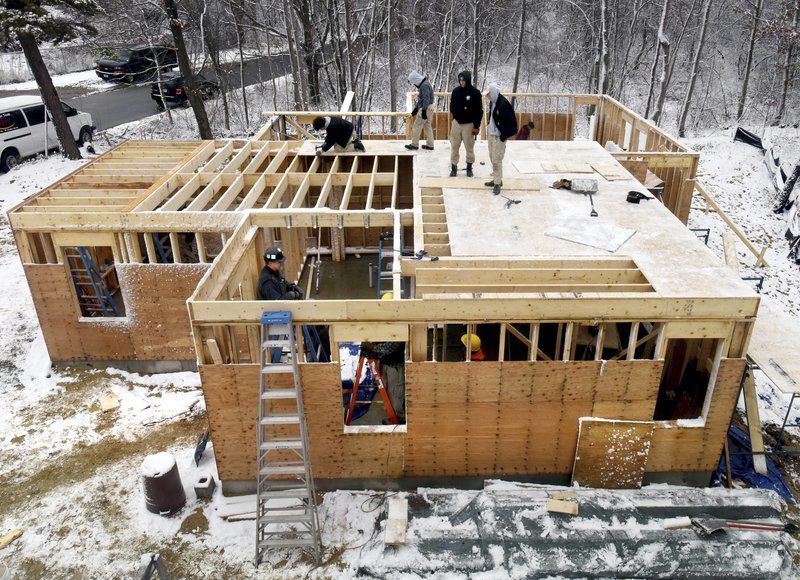 BRYAN EATON/Staff photoA crew from AmeriCorps and Whittier Tech work on a third building for Habitat For Humanity on Old County Road in Salisbury. 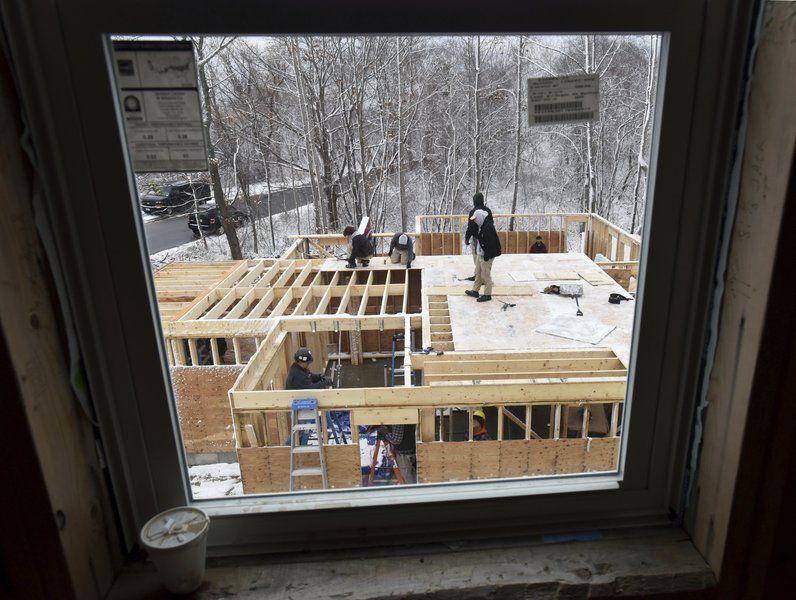 BRYAN EATON/Staff photoA crew from AmeriCorps and Whittier Tech work on a third building for Habitat for Humanity on Old County Road in Salisbury.

BRYAN EATON/Staff photoA crew from AmeriCorps and Whittier Tech help to build a home for Habitat for Humanity on Old County Road in Salisbury.

BRYAN EATON/Staff photoA crew from AmeriCorps and Whittier Tech work on a third building for Habitat For Humanity on Old County Road in Salisbury.

BRYAN EATON/Staff photoA crew from AmeriCorps and Whittier Tech work on a third building for Habitat for Humanity on Old County Road in Salisbury.

SALISBURY — The foundations for seven affordable homes have slowly turned into houses on Old County Road, but they still need families to fill them.

Merrimack Valley Habitat for Humanity has been building the home since last fall.

Occupants for the project's current single-family home and two of the duplexes have been selected. But, according to marketing director Jacques Du Preez, four more homes are still available for first-time homeowners.

"We are desperately in need of first-time homebuyers," Du Preez said. "Obviously, they would have to qualify but we need four more families. We have seven units and a list put together. But there are not enough names."

Each selected family partners with Habitat for Humanity, takes part in building their own home alongside other volunteers, and is required to put in a minimum of 250 to 360 “sweat equity” hours along the way.

"You're going to put in some serious time and buy the house," Du Preez said. "The only difference is that it is at an affordable mortgage. One in seven families in Massachusetts pay 50% or more of their household income toward accommodations. We will work with people to make sure they are only paying 30% of their income."

"We would love to work with a (military) veteran family," Du Preez said. "The percentage of veterans in Massachusetts is only around 3%. When you look at the amount who live in Salisbury, it really is difficult finding a first-time homebuyer. But we would love to have a veteran."

Du Preez said the Salisbury project is designed to serve a local population that is in need of more affordable housing.

"Ideally, this would be someone who lives or works in Salisbury," he said. "A lot of times, people don't realize that this is for average, working-class folk who are first-time homebuyers – people who have a decent job and can prove a steady income that can afford home ownership."

AmeriCorps volunteers Esperanza Jimenez, Avery Carlson, Simon Morton, Erika Kucks, Edmond Foster, Noah Basehart and Grace Helton have been working on the project since late October and are expected to move on to their next project in Kentucky next week.

AmeriCorps is a civilian organization with members ranging from 18 to 24 years old who spend 10 months a year doing 1,800 hours of community service in return for up to $6,000 in scholarships.

Each of the local AmeriCorps volunteers puts in an eight-hour day on the Salisbury housing project. The crew members recently finished work on the exterior of both structures, as well as building most of the interior walls.

Basehart, 23, comes from Buffalo, New York, and joined AmeriCorps soon after graduating from The College at Brockport last spring.

"This is an experience I never could have hoped to have had in my life," he said. "It has brought me to places that I never thought I would go to and I have met people I thought I would never meet. Just working with a team of diverse individuals has been an excellent experience because it is forcing us to work outside our own comfort zone and work toward a common goal. It has been amazing."

Basehart and his fellow volunteers have been living in a Salisbury Beach house since late October.

'I really want to come back here in the summer and see it full swing," he said.

Helton, 18, hails from Council Bluffs, Iowa, and said she wanted to take a year off between graduating from high school last spring and entering college next fall.

"I kind of wanted to take a year off before going into school for another four years," Helton said. "I have always loved doing construction and giving back to the community."

She admitted that being away from home for the first time can bring challenges but she has had plenty of help with adjusting from fellow volunteers.

"These were strangers I had just met a few months ago, but now we are the tightest group," she said. "I have always had a very fortunate life. So, being able to give back to those who don't has been great."

Celebration of Life Service In...