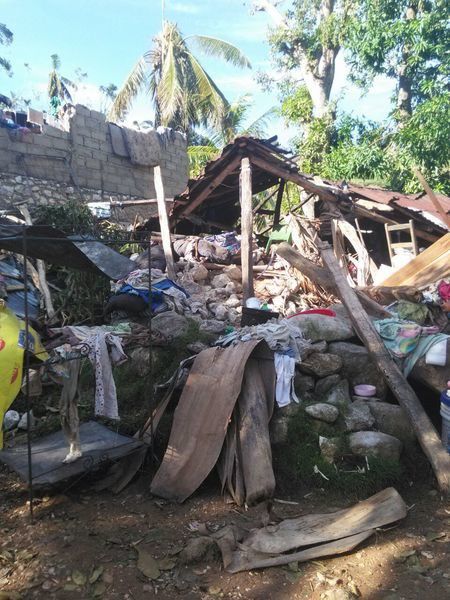 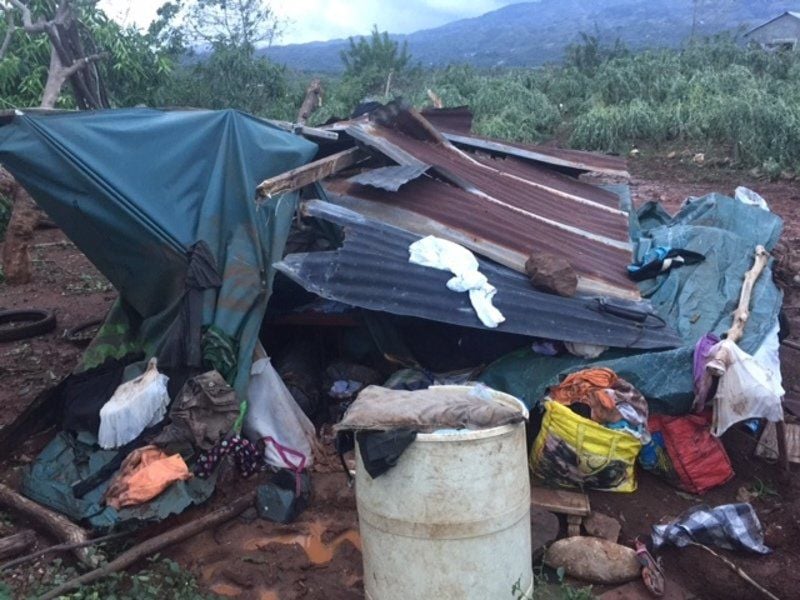 Photo provided by Cuirs Hawtan  A home in Haiti flattened by Hurricane Matthew in early October. 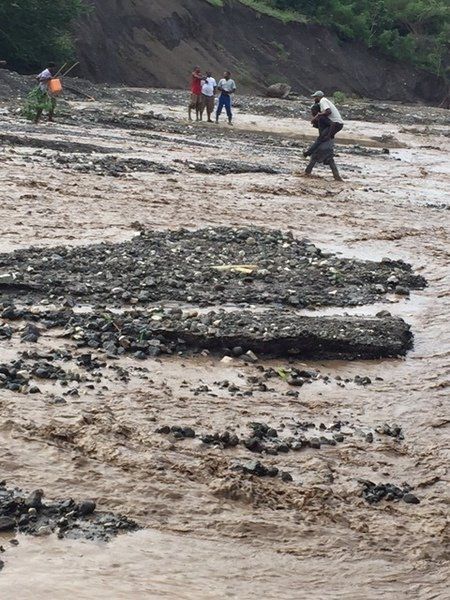 Photo provided by Cuirs Hawtan  A home in Haiti flattened by Hurricane Matthew in early October.

Daniel Gallagher knows first-hand the devastation wrought by Hurricane Matthew as it ripped across southwest Haiti, flattening tin-roofed homes, destroying crops and killing hundreds of residents in a matter of hours earlier this month.

Gallagher, general manager of Newburyport-based leather manufacturer Cuirs Hawtan, was in Haiti at the company’s tannery when the storm roared through in early October. He said the tannery wasn’t damaged, but more than half of Hawtan Leathers’ 150 workers and more than 350 leather suppliers in Haiti lost family members, homes, animals or farms in the storm.

Gallagher said on Friday the devastation in the southern part of the island nation impacted many of the 350 suppliers, who travel the country buying goat and cowhides to be made into leather work gloves at Cuirs Hawtan factories.

Cuirs (French for leather) Hawtan sent out trucks with water and rice after the storm passed, but the heavy damage and the number of key bridges washed out made travel difficult, he said.

“A lot of the bridges we would have to use to get to (the hard-hit areas) were completely washed out. We had to drive through a river that was flooded. We saw a couple young kids get swept away,” as desperate Haitians tried to cross the rain-swollen river.

“It was a compete disaster in some areas,” he said. “Trees were bent and snapped, houses blown away to nothing.”

Knowing how seriously the Haitian people were affected, Cuirs Hawtan launched a fundraising campaign through the company’s Cuirs Hawtan Haiti Relief Fund, which was first established to raise money after the devastating earthquake in January 2010 that killed more than 200,000 people and left 11/2 million homeless.

Lisa Cosimano Gallagher, co-owner of Hawtan Leathers and Daniel’s mother, said all of the money donated to the relief fund will go directly to helping the Haitians.

“We are absolutely committed to help our employees and suppliers rebuild their homes and their families’ lives,” she said in a statement. “We will be helping Haitian vendors, craftsmen, builders and suppliers who can be hired for rebuilding and relief efforts.

“We would be most grateful for any support the public and local businesses could provide,” she said.

Daniel Gallagher, who traveled into the damaged areas with a private security company that does risk assessment, recalled seeing the chaotic and inadequate aid distribution in Haiti after the 2010 earthquake.

“I saw what happened after the earthquake and the issues they had with donations,” he said. “Items didn’t go where they needed to go, containers were stolen at the port.”

He said because Hawtan Leathers has such strong ties to its Haitian workers and suppliers, he can make sure donations go directly to help people impacted by Matthew and to rebuilding homes and businesses that were destroyed.

“I’ve seen quite a lot disaster in that country,” he said in a Friday interview. “Along with the rain, some of the areas are completely gone.

“A lot of the hotels are gone, wiped out,” crippling the struggling tourism industry that creates jobs and brings scarce outside money into the economy of Port Salut, an area where the hotels stood along the ocean.

“It’s a disaster for these people and their country,” Gallagher said. “They can’t catch a break. If people donate, we are a company that has been there for over 30 years and we know exactly where (the aid) needs to go.”

Gallagher said his company works with Doctors Without Borders and with Paul Farmer, a Harvard Medical School professor and well-known humanitarian for his work in health care in Haiti and other under-resourced countries.

“We started this fund after the earthquake,” he said. “We closed it when it wasn’t necessary to keep it open. Now, with another disaster like this, we feel it’s very, very important to reopen again.”

To donate to the Hawtan Haiti Relief Fund, go to the company’s website, www.hawtanleathers.com; www.HawtanHaitiRelief.org; or through Facebook https://www.facebook.com/hawtanhaitirelief/?fref=ts All donations are tax-deductible.

Managing editor Richard K. Lodge can be reached at lodge@newburyportnews.com or 978-961-3146.