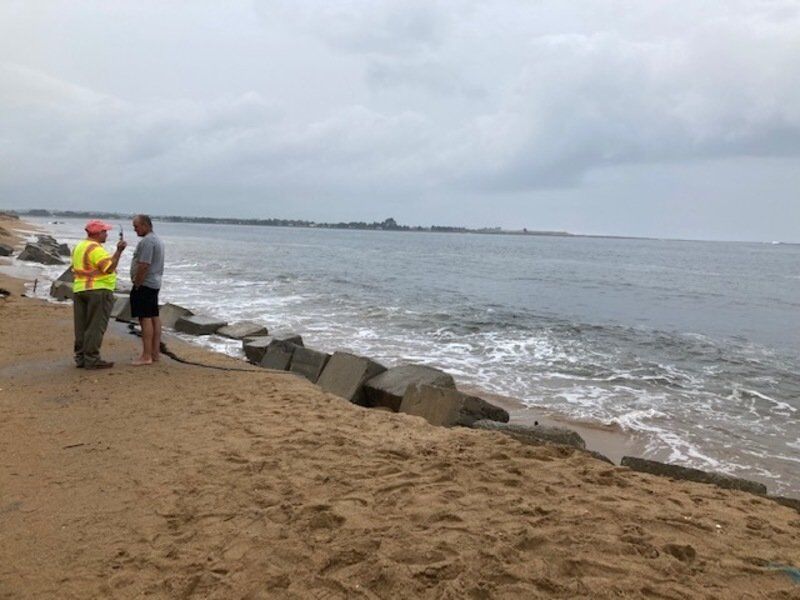 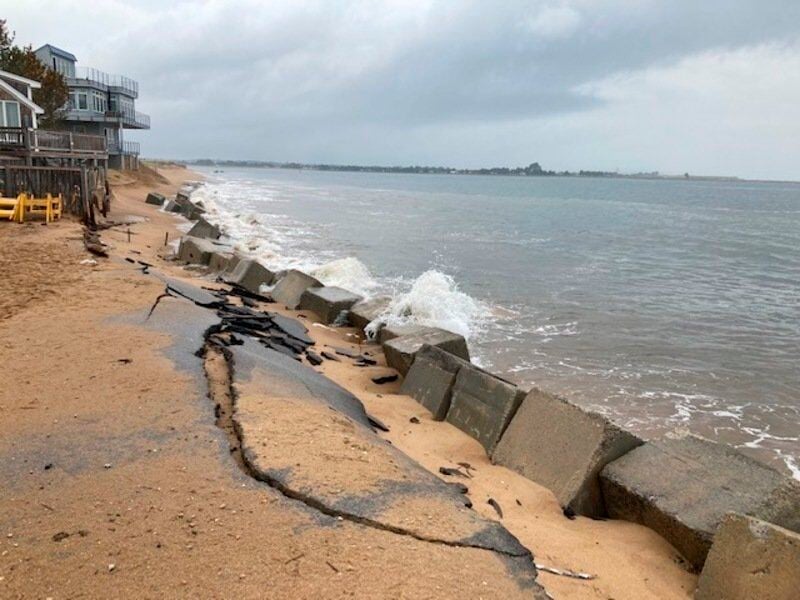 The high tide was threatening to cause more beach erosion Thursday afternoon on Plum Island.

The high tide was threatening to cause more beach erosion Thursday afternoon on Plum Island.

NEWBURYPORT — Water to three homes on Plum Island was shut off about noon Thursday as an afternoon high tide threatened to damage the area's already vulnerable water system.

City Department of Public Services Director Anthony Furnari said the churning tide worked itself beneath the road and was in danger of compromising the main that supplies water to those homes and others.

About that same time, water to 55 Reservation Terrace and two adjacent homes was restored by hooking up their systems to neighboring homes using a temporary valve.

Furnari said while the afternoon high tide greatly concerned him and others, the next high tide — expected to arrive at 1:10 a.m. on Friday — could be even more problematic.

The city, he said, could shut off water to more homes. For now, a portion of Reservation Terrace will be closed to motorists and Jersey barriers placed in strategic areas.

When asked if residents may need to be evacuated, Furnari said it would be up to the Newburyport Fire Department to make that call.

"We're worried about the tide coming back in," Furnari said.

On Jan. 31 and into February, at least six homes sustained significant damage and 10 others were at risk for damage following a nor’easter that battered the barrier island. Damage to Reservation Terrace compromised the water and sewer system, affecting several residences as well.

The city is expected to receive 260,000 cubic yards of sand to help replenish the beaches around Reservation Terrace but only after the long-anticipated dredging of the Merrimack and Piscataqua rivers begins.

As of last month, the dredging project remains on schedule for October.  Once the dredging begins, it’s not clear how long the work would take.

Last month, Holaday said she spoke with state Secretary of Energy and Environmental Affairs Kathleen Theoharides about a possible backup plan if the dredging  is delayed for any reason.

GZA GeoEnvironmental has created a design for wood pilings and coir bags, but that short-term solution has a price tag of $450,000, she said.

Department of Conservation and Recreation officials are hesitant to spend money on this with the dredging project on the horizon, she added.

On Thursday, Holaday expressed frustration with DCR because of its hesitancy.

Mark Wright, who lives at 55 Riverside Terrace, said the water issue Thursday only drove home the point that there is a race between saving their homes from beach erosion and the U.S. Army Corps of Engineers beginning its dredging project.

"We're vulnerable to storms that come here," said Wright, who is running unopposed for a City Council seat.