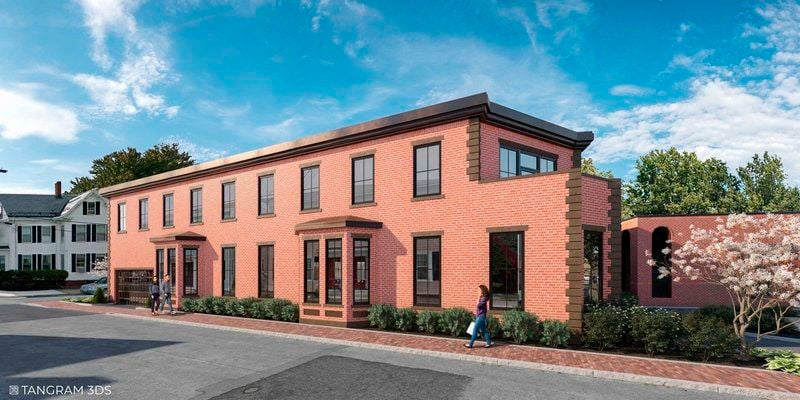 Courtesy imageAn artist's rendering of the revised plans for the Institution for Savings expansion, seen from Prospect Street. 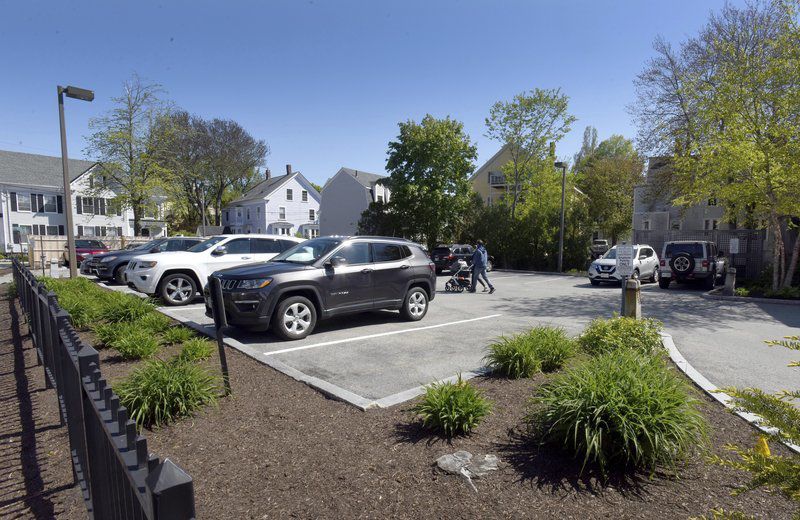 BRYAN EATON/Staff photoThe Institution for Savings' rear parking lot at its main office on State Street where new office space has been proposed. 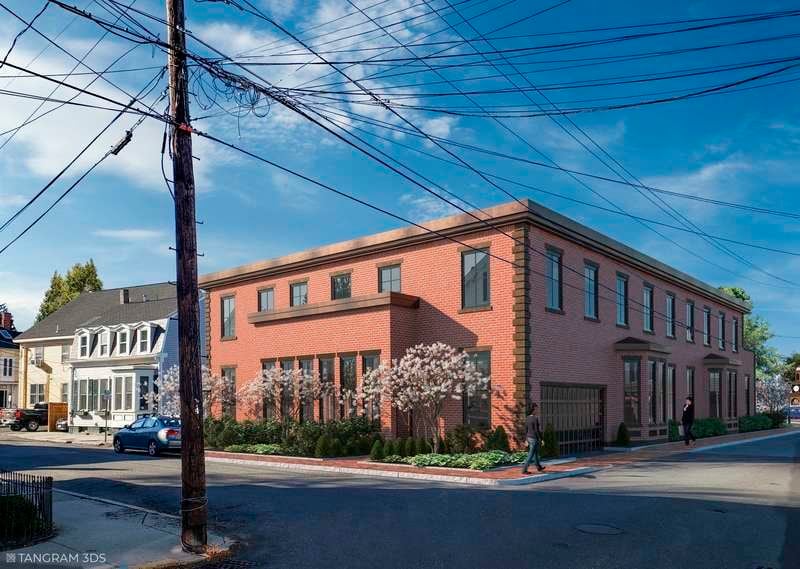 Courtesy image An artist's rendering showing a view from the corner of Otis Place, at left, and Prospect Street, of the proposed Institution for Savings expansion.

Courtesy imageAn artist's rendering of the revised plans for the Institution for Savings expansion, seen from Prospect Street.

BRYAN EATON/Staff photoThe Institution for Savings' rear parking lot at its main office on State Street where new office space has been proposed.

Courtesy image An artist's rendering showing a view from the corner of Otis Place, at left, and Prospect Street, of the proposed Institution for Savings expansion.

NEWBURYPORT – The Institution for Savings filed new, revised plans with the city for a proposed main office expansion that include significant architectural changes and a vehicle lift system inside, aimed at creating the required 59 parking spaces on-site.

Michael J. Jones, the president and CEO of the 200-year-old bank, said in a statement, “I am confident that this revised plan addresses all of the concerns we have heard while meeting the requirements of the Downtown Overlay District and more importantly, without impacting the historic significance, setting and place of the original 1871 building."

The revised plans go before a virtual Planning Board meeting for review June 3 at 7 p.m.

After some neighbors raised concerns about "massing" and the scale of the proposed building at the corner of Otis Place and Prospect Street, the bank worked with its architects, city officials and the Historic Commission to make changes.

“These changes didn’t come without significant time and financial cost, but I believe that we now have a design that meets the requirements of the city, is compatible with the abutting neighborhood and will allow the bank to grow while meeting the needs of our customers and employees,” Jones said Wednesday.

Attorney Lisa M. Mead, who represents the bank, said in the cover letter to the Planning Board the bank "has worked diligently to address a number of issues that were raised by the neighbors as well as by board members and the Historic Commission. To that end the bank has worked tirelessly to redesign the building and at the same time accommodate on site, all of the required parking resulting from the construction of the addition."

Mead cited "more articulation in the design of the facades, revisions to the scale and massing recognizing the transition to the Otis Place and remainder of Prospect Street corridors." The changes on the Otis Place side allow for more landscaping and separation from the street as well, she wrote.

Besides including the parking lift system, which allows for storage of cars on three levels, the bank's statement said the new design "includes a number of other significant changes that address neighbor and board suggestions, including the addition of more residential-looking bay windows on Prospect Street; the addition of historic quoins and brownstone to reduce massing; and the adding of additional green space to the Otis Street side of the building."

City regulations require the bank to have 59 parking spaces on-site, or to seek a special permit if that isn't possible. The first plan filed by the bank Jan. 8 called for a two-story, addition to the rear of the property, with parking on the first floor and offices above. That plan would have included about 16,000 square feet of floor space, between parking on the ground floor and office space above.

That plan reduced the bank's parking to below the requirement, but Mead said in that initial filing the Institution for Savings could meet the city parking requirement because it is within 300 feet of a municipal lot at the corner of State and Harris streets.

The new design would include 47 spaces within the new addition on a lift system, with one level below grade and two stacked levels of vehicles at grade. The bank also would provide 12 outside spaces on the site. The lift system can accommodate cars and sport utility vehicles, Mead said in the most recent cover letter. The design calls for 7,288 square feet of office space and a similar amount on the ground floor parking level.

To view a PDF of the revised plans, go to www.newburyportnews.com.

Revised plans filed with the Newburyport Planning Board by the Institution for Savings.