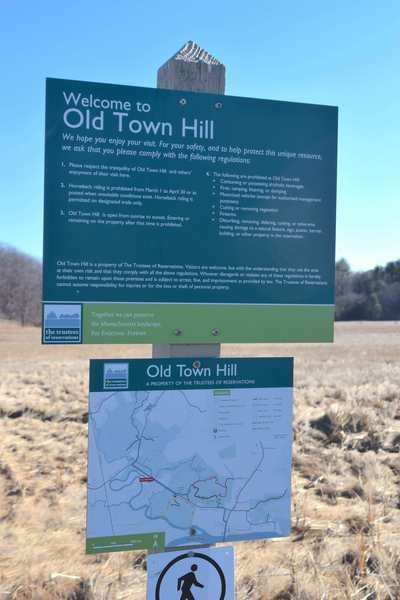 RICHARD K. LODGE / Staff Photo . The Trustees of Reservations received a grant from MassWildlife for work to remove invasive and non-native plants at Old Town Hill, on Newman Road in Newbury. 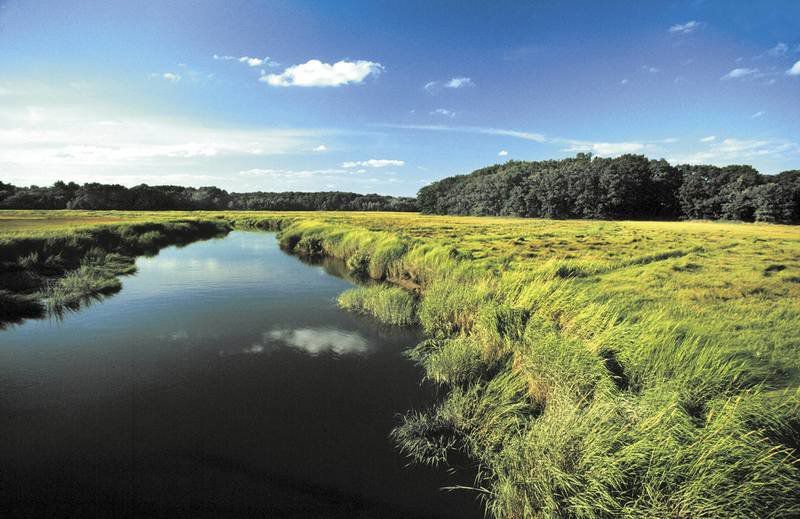 COURTESY PHOTO by W. Jones .  A view of the tidal river and saltmarsh at Old Town Hill in Newbury. 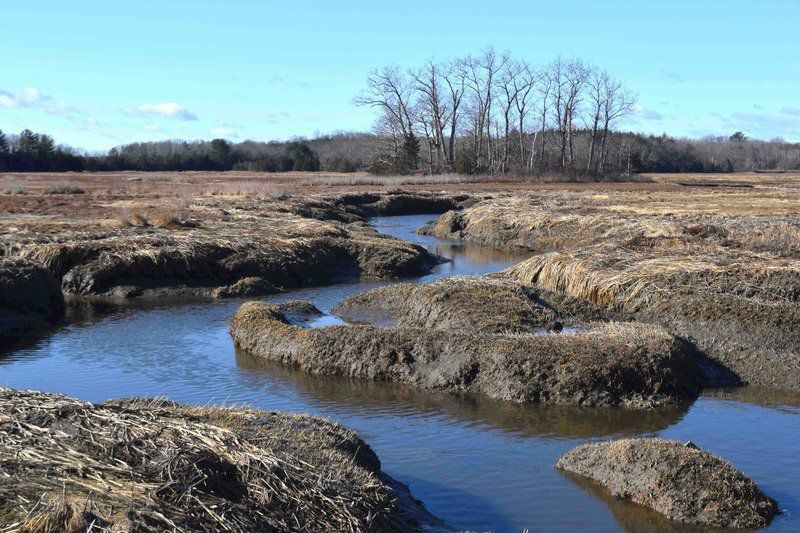 RICHARD K. LODGE / Staff Photo . A view of the salt marsh on a February day at Old Town Hill in Newbury.

RICHARD K. LODGE / Staff Photo . The Trustees of Reservations received a grant from MassWildlife for work to remove invasive and non-native plants at Old Town Hill, on Newman Road in Newbury.

COURTESY PHOTO by W. Jones .  A view of the tidal river and saltmarsh at Old Town Hill in Newbury.

RICHARD K. LODGE / Staff Photo . A view of the salt marsh on a February day at Old Town Hill in Newbury.

NEWBURY – The conservation group that oversees the 531-acre Old Town Hill is launching work this spring to expand the grassland areas and stop encroachment of invasive plants, with an additional goal of restoring the salt marsh to help buffer the effects of sea level rise.

The Trustees of Reservations will use the $33,206 grant from the MassWildlife Habitat Management Grant Program to "improve the long-term ecological health and resiliency" of the popular passive recreation area off Newman Road.

The property encompasses open grasslands, forest and marsh areas, connected by three miles of trails. "These connected sites collectively support significant grassland bird populations and migrating species along the coast," and serves as important habitat for native plants and wildlife, including bobolink, Savannah sparrow, meadowlark, American kestrel and many others, according to a release from The Trustees.

Work this spring will clear areas overgrown with invasive and non-native plants, including multiflora rose, oriental bittersweet, common buckthorn, purple loosestrife and knapweed, among others.  As invasives move in they sometimes crowd out native plants and change the habitat that can keep some species from flourishing.

Caleb Garone, a habitat specialist for The Trustees, said there are many bird, insect and plant species that rely on Old Town Hill. "A healthy, diverse ecosystem is not only important for their long-term health, but for the overall stability and resiliency of this property."

The work  is expected to be done by the end of June and will have "minimal impact on visitor access to the property," according to The Trustees. The project will involve removing encroaching trees and shrubs along the edges of Watch Field and Adams Pasture; mowing and mulching the southern area; and removing invasive plants across 26 acres of grassland in Little River Pasture, Adams Pasture and Watch Field.

Besides numerous types of songbirds, the conservation area is also home to white-tailed deer, American woodcock, turkey, pheasant, Eastern cottontail rabbits, and a host of pollinators, including butterflies and rare and declining bees.

"The project will help Old Town Hill to support greater species diversity as precipitation patterns and temperatures continue to change," Hopping said. "With less invasive species compromising the habitat, the property will serve as a more viable refuge for climate-stressed species," including species of butterflies at the southern end of their geographic range.

Improvements to the habitat could also attract new species expanding their range from the south that need grassland and wet meadows, such as Zabulon  and fiery skipper butterflies, and birds, such as the bobwhite, he said.

Hopping said he hopes to obtain funding for salt marsh restoration in the future. He said that ditches were dug through the marsh years ago, but too many ditches have lead to the marsh draining more thoroughly. When that happens, the peat dries out and the marsh sinks. That conversion from high marsh – where traditional salt marsh hay can grow – to low marsh means the area floods on the tide twice a day, making it hard for salt marsh hay to survive. As a result, invasive spartina alterniflora, commonly known as smooth cordgrass, has moved in.

Plans call for using a restoration technique used at the Parker River National Wildlife Refuge to solve the problem.

"We're looking at a strategy pioneered on the refuge,  using salt marsh hay, harvesting onsite, braiding it lightly and putting it on the bottom of the ditches, then staking it down with twine. It's a very nature-based solution," Hopping said. The submerged braided hay captures sediment brought in by the tides, raising the bottom of a ditch about nine centimeters – 3.5 inches – each year.

"It would only take a few years to see the bottom of the ditches fill in so they get enough sunlight so the grasses fill in and colonize," he said.

One benefit of restoring the 85 acres of marsh would be to preserve the salt marsh sparrow's habitat. That bird is vulnerable to sea level rise and is seeing a population decline of 9 percent per year.

"It really doesn't live in the low marsh. Its nest is essentially on the ground, so it would get inundated in the low-marsh environment."

Birdwatchers might be happy to know that The Trustees of Reservations did a grassland bird survey last year and found high numbers of bobolinks at Old Town Hill. "We know that's a good place to invest in maintaining and improving the habitat," he said.

Groton - Joshua Michael Greaney, aged 38, passed away at his home in Groton, MA, on Friday, December 3, 2021, in the company of his extended family of many years at Seven Hills Pediatric Center in Groton. Joshua faced many challenges in his life since birth, and did so with an amazing streng…