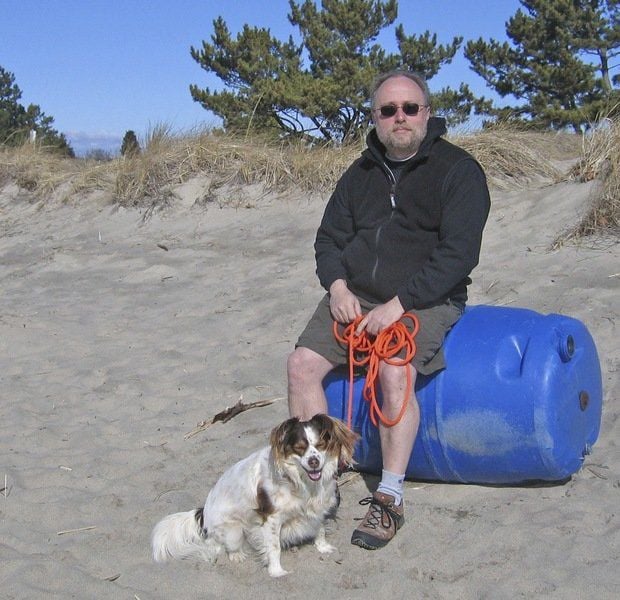 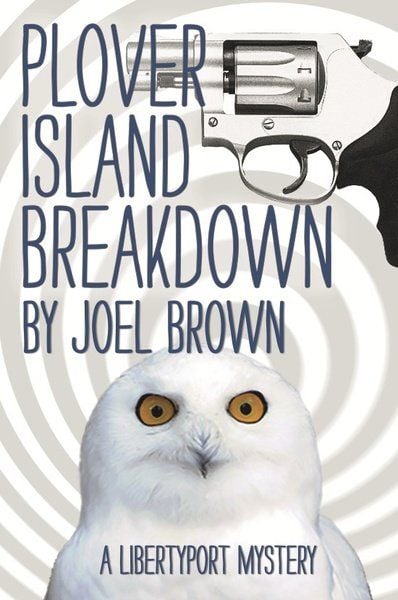 Cover of "Plover Island Breakdown," the last in the Libertyport Mystery series.

Cover of "Plover Island Breakdown," the last in the Libertyport Mystery series.

NEWBURYPORT – It's a cold winter on Plover Island for Baxter McLean, hunkered down in the drafty cottage he's renting while workers fix up his big house in downtown Libertyport. But Baxter knows he's one of the lucky few on the island with running water and a working sewer connection – and a snowy owl that perches nearby.

Such is the life for Newburyport author Joel Brown's fictional, past-his-prime, singer-songwriter in this fourth – and probably final – book in the Libertyport Mystery series.

Brown, a Newburyport resident since 1998 and staff writer for Boston University, will read from the book, "Plover Island Breakdown," at 7 p.m. Friday at Jabberwocky in The Tannery.

Brown's mystery series follows McLean, a one-hit wonder musician whose fame – and biggest paychecks – came in the 1980s, several decades before he lands on Plover Island for the winter. This is the last "season" of the four-book series, Brown said.

Fans of the Libertyport Mystery series will recognize the thinly veiled references to places in Newburyport – the Thirsty Lobster, a downtown bar, and Tru, an upscale Plover Island inn (think Blue), among many others.

"In retrospect, it would have been a bigger success if I had called it "Newburyport." But writing about these things asked for a little bit of a fig leaf, a little cover."

The many local references might give readers a mental name-game scavenger hunt but Brown was adamant the characters are fictional, and some could be found in any coastal New England town.

"No person in here is intended to be a real person. It's the Libertyport of the mind," Brown said.

"A lot of things I wanted to write about, like the social interaction between townies, and artists and more monied folks … that's true for everywhere."

Brown said he didn't start out to write a series but "the reaction to the first one (Mirror Ball Man) was good. People were interested in it and asked when the next book was coming out.

"You have it in the back of your mind" the first book could lead to others, he said.

"The seasonal idea" made for a natural – if not easy – quartet of mysteries. He knew he could write about "the different moods, the weather, the way things are in different seasons around here."

But this last book took longer than the first three, in part because Brown wrote a guidebook in the interim and "I got a day job that sort of slowed down the production and the daily writing.

"Frankly, beyond it being winter, I wasn't sure what the fourth book was" going to be about, he said.

His third mystery, "Revolution Rock," was inspired by two incidents involving radical groups in Newburyport, including the 1970 robbery of the National Guard Armory.

A casual conversation with a man in Market Basket solidified the plot for this final book, which includes the suspicious death of a man in Parking Lot 1 at the Wildlife Refuge, rumors of a Plover Island resident in the federal witness protection program, and a flashback to when Baxter was a teenager and his father was threatened at gunpoint in one of the winter rentals.

"I wasn't sure where it was going but I thought it would be good to get (Baxter) out to Plover Island. One of my neighbors had work being done on his house and moved out there" so that set the scene. Baxter, however, was facing big financial problems from his demanding contractor and a diminishing bank account.

Baxter's past life as a performer is woven throughout the book, along with glimpses of a mutually beneficial relationship between Baxter and his high school English teacher Abigail Marks – now running for City Council – dealings with his son Zack, a student at nearby Governor Willey Academy (where Baxter's ex-wife is married to the headmaster) and trips to Island Convenience for beer, and the Thirsty Lobster and the Rum House, for more intrigue.

The plot even involves Baxter climbing hundreds of feet inside a wind turbine tower, something Brown did in real life in Gloucester for a newspaper story.

Oh, and those problems with the frozen water and sewer lines on Plum Island? Plover Island residents face the same problems.

So is this fourth book the last for Baxter McLean?

"I think so," Brown said Monday. "Unless someone comes down from the heavens with a very large check."

"Plover Island Breakdown" is available on Amazon and on Kindle. Brown will read from the book Friday night before taking questions and signing copies. Visit mirrorballman.com for more.