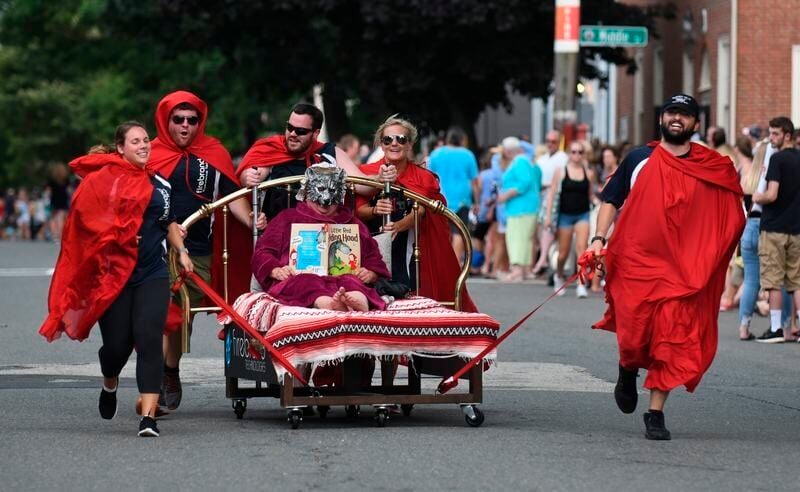 Firebrand Technology went with a Red Riding Hood theme for the Bed Race in 2018. 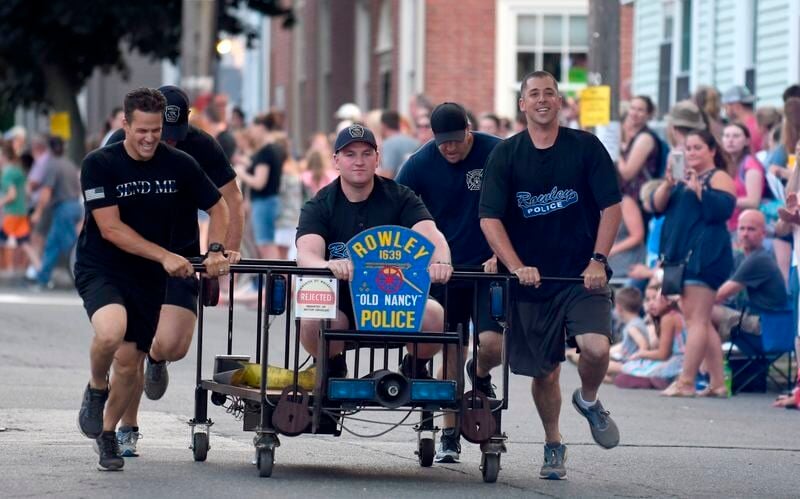 The Rowley Police Department had the best time in the Bed Race in 2018.

Firebrand Technology went with a Red Riding Hood theme for the Bed Race in 2018.

The Rowley Police Department had the best time in the Bed Race in 2018.

NEWBURYPORT — The Lions Club is calling on all bedheads to run in the annual Yankee Homecoming Bed Race.

The Newburyport Lions Club sponsors the race, which calls for teams of runners to race decorated beds down Federal Street; just exactly why remains a mystery.

“Local creative groups put together a bed to specifications and decorate them like crazy,” said Frank Bertolino of the Lions Club. “Some race for time, some just come down to have a good time.”

Bertolino, a longtime Lion, said only two teams have signed up the event so far.

March, he said. But the COVID-19 pandemic canceled last year’s race and left a lot of things up in the air in 2021.

“We really had to wait until the last moment to get things up and running this year,” he said. “We have already sent all of the race forms and rules to everyone who had been in prior bed races but we’re not getting a lot of registrants. Granted, half of them don’t register until the day of the race but we would really love to get the news out that we are running this year.”

The race typically fields 10 to 12 teams and each team pays a $30 entrance fee.

“Anybody can enter but you usually get the local fire departments, police departments, the Coast Guard,” Bertolino said. “We also have a lot of local restaurants running each year. We also have Theater in the Open and we have reached out to all of them but we haven’t got registrations back from them yet.”

“We do this to bring the community together for a couple hours of fun,” he said.

The Rotary Club offers hot dogs and beer at the bed race to raise funds for donations to the community.

Interested bed racers can contact Bertolino at 978-270-0365 or send him an email at fpb4kw@gmail.com to receive rules and registration forms.

Bed-racing teams can also register at the starting line at the top of Federal Street on the day of the event. The deadline is 6 p.m.

“You can roll down Federal Street and have a good old time,” Bertolino said.

Editor's note: This story corrects earlier information about beer and hot dogs sold at the race. The Rotary Club, not the Lions, handles sales of those items to raise money for charitable work in the community.