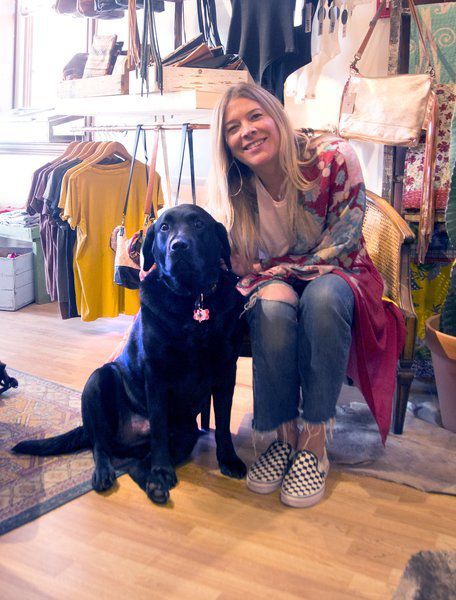 Vader and Amanda Prescott in a photo earlier this year at Prescott’s shop, Vaalbara Supply, in downtown Newburyport. 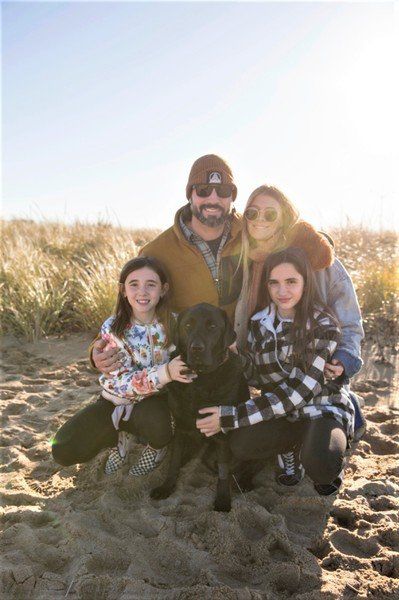 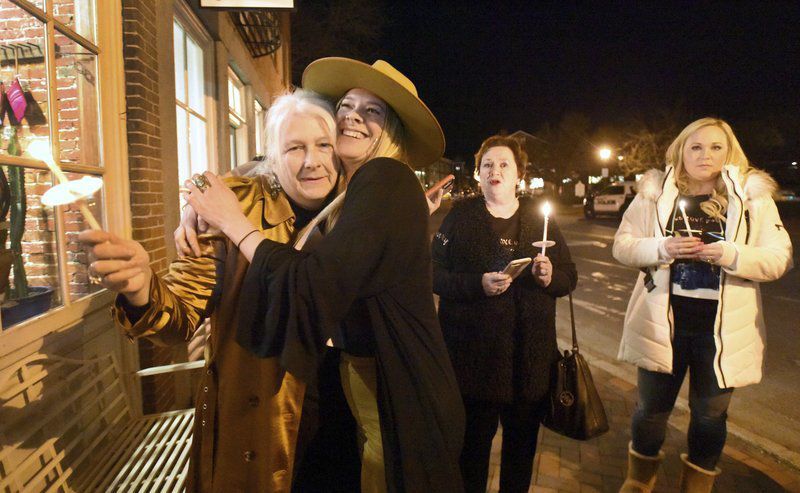 BRYAN EATON/Staff photoVaalbara owner Amanda Prescott (wearing a hat) hugs Kathleen Fosher on Saturday night as friends walked to the downtown Newburyport shop holding candles and photos of Vader to offer their support to Prescott. Her dog Vader, who was somewhat of a celebrity in the downtown, had to be euthanized because of a brain tumor.

Vader and Amanda Prescott in a photo earlier this year at Prescott’s shop, Vaalbara Supply, in downtown Newburyport.

BRYAN EATON/Staff photoVaalbara owner Amanda Prescott (wearing a hat) hugs Kathleen Fosher on Saturday night as friends walked to the downtown Newburyport shop holding candles and photos of Vader to offer their support to Prescott. Her dog Vader, who was somewhat of a celebrity in the downtown, had to be euthanized because of a brain tumor.

Since she opened the shop on Water Street — the first brick-and-mortar location for her sister’s handmade clothing and accessories business — Amanda Prescott believes she’s had more visitors for her dog than actual customers.

Last week, dozens of those visitors — a window washer, the mail carrier and people from all different backgrounds — stopped by the store to share photos, recall stories and comfort Prescott following the discovery of an inoperable tumor in Vader’s brain.

“As much as my heart is breaking, my heart has not felt this full in a long time,” said Prescott, 29, adding that people have been calling, visiting and sending condolences.

“As much as it’s been a huge loss, it makes me feel very proud to be part of a community like Newburyport,” she said.

On Saturday — the first day without him at the store — Prescott received a heartwarming surprise when she looked outside to see about 25 people carrying candles and wearing photos of Vader at different stages of his life.

Vader’s breeder put the vigil together, even bringing along the dog’s mother and other canine relatives for the visit.

“A lot of owners will leave their dog at home, put them in a crate or a kennel and leave them there, but Vader was able to go to work with me every day,” Prescott said. “I was able to share him with so many others and it was such an amazing thing.”

“Being in a tourist town like Newburyport is so great because you have people that come by every year. He’s been such a staple that people come in and they have this sort of look,” Prescott said, explaining that she knows their eyes are scanning for Vader.

“Vader and Amanda had this special bond and that kind of specialness seeped into the store,” she said. “He used to walk around the perimeter of the store, just patrolling the streets. He was such a good boy — he wouldn’t run away because he knew that it was his job and the trust between him and Amanda was huge.”

“He added something to the community of Newburyport — if not, Newburyport, at least to the store,” she continued.

“They lost a good boy, but he’s going to live on in so many people’s memories — I know that for sure,” she said. “He was like a little celebrity. He deserved all the love that he could get because he really was a good dog. He really was exceptional, he had a good temperament, and he will be missed.”

Despite his health issues, Vader enjoyed his final week with a steak tip dinner, a photo shoot at his favorite beach spot on Plum Island, a burger from Lexi’s and more. He made the most of his last few days with Prescott, her boyfriend Ryan Tiezzi and Tiezzi’s children, Siena, 8, and Eva, 11.

As she moves forward, Prescott has one request for those who loved Vader and that’s just to visit her and the store — to keep his legacy alive.