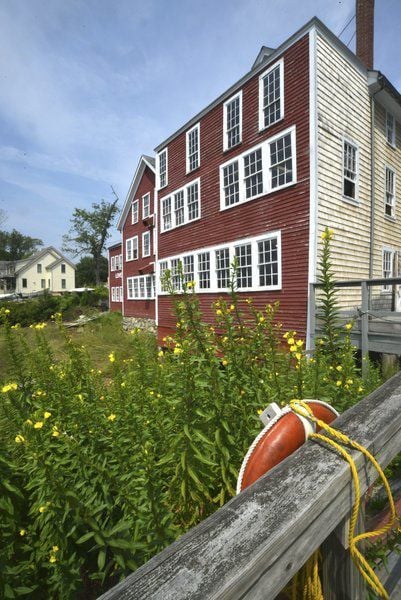 JIM VAIKNORAS/Staff photoFlowers bloom outside of Lowell's Boat shop in Amesbury. The shop will be celebrating it's 225th Anniversary on Aug. 24. 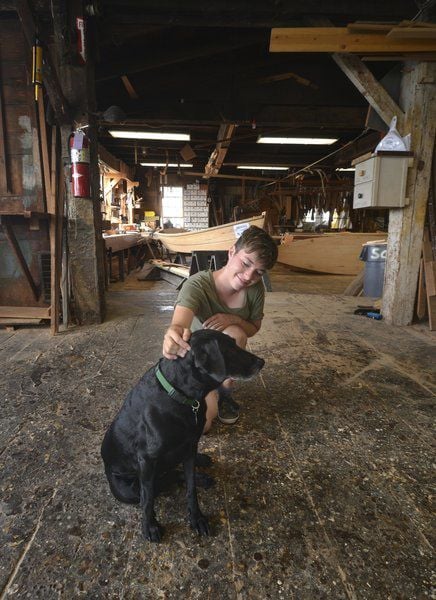 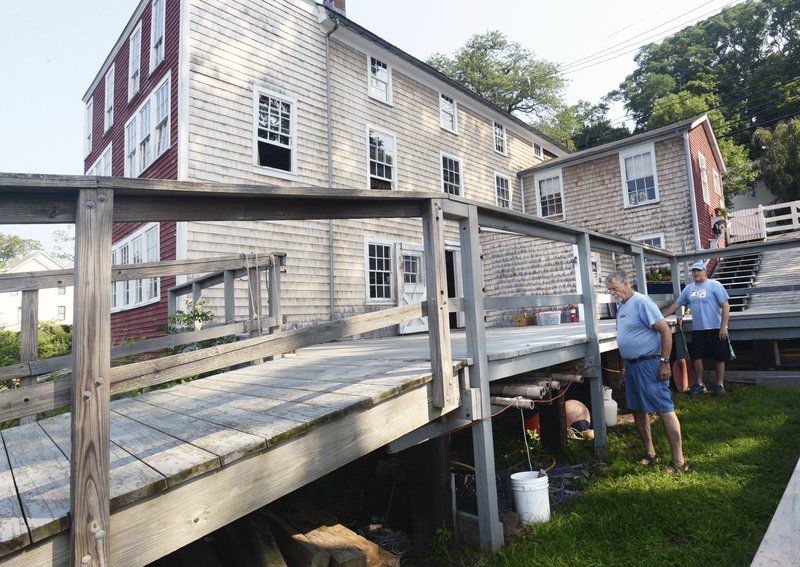 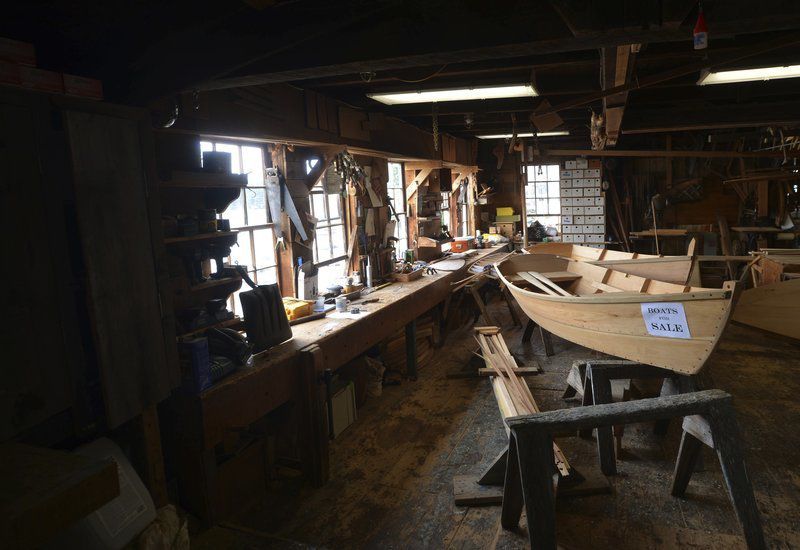 JIM VAIKNORAS/Staff photoLight pours in the windows at Lowell's Boat shop in Amesbury, illuminating tools, boats and workspace. The shop will be celebrating it's 225th Anniversary on Aug. 24.

JIM VAIKNORAS/Staff photoFlowers bloom outside of Lowell's Boat shop in Amesbury. The shop will be celebrating it's 225th Anniversary on Aug. 24.

JIM VAIKNORAS/Staff photoLight pours in the windows at Lowell's Boat shop in Amesbury, illuminating tools, boats and workspace. The shop will be celebrating it's 225th Anniversary on Aug. 24.

AMESBURY — Lowell’s Boat Shop, the oldest continuously operating boat shop in America, will celebrate its 225th anniversary on Aug. 24, and to help ensure it's around for many more years, the staff is launching a capital campaign to help pay for some much needed structural repairs to the building.

Local boat enthusiasts will gather on the banks of the Merrimack River from 4 to 6 p.m. that day for oysters and cocktails, followed by a pig roast. The shop, located at 459 Main St., needs to match two state and federal grants, totaling $200,000, that it already received that will assist with maintaining and repairing the historic landmark.

"We are very fortunate to be where we are and we have a lovely setting for the event," said Graham McKay, executive director and head boat builder. "We are also using it as a way to kick off a capital campaign. We’re looking, over the next year to year and a half, raising $500,000 to bolster our full-time staff and programs and to do some much needed structural work on the property."

The building is due for repairs to its foundation and structurally unsound sections of the roof. McKay noted some of the structure, when it was originally constructed, was done so in a hurry and the necessary steps weren't taken to establish proper foundations. Some of the areas will need to be jacked up and other sections will require reworking the foundation.

Sometime in the 1970s, a section of the roof in the center of the shop leaked quite a bit, causing the low timbers to weaken. The timbers have been shored up, but McKay wants to return the section to its original condition.

In addition, McKay is hoping to install a fire suppression system due to the highly flammable boat products stored inside the shop. The space is relatively open and contains several wood elements, he added.

"It's a building that's largely heated with wood stoves," he said. "There are a lot of things that can burn if unattended to. It's long been a concern and we just have not had the wherewithal to put a system in."

As for the education component, the shop offers several classes, including boat building courses that range from beginner to expert, an apprenticeship program, and youth programs on the water and in the workshop. In addition, the shop partners with area schools in offering stream-based programming, according to McKay.

And about that roast. Elizabeth and James Brugger offered to roast the pig, said McKay, adding the couple roasts pigs at their own gatherings. Dinner will be served as a three-course meal. To finish off the night, guests and boaters will toast to 225 years of Lowell's Boat Shop.

The roast will be the first official kickoff to the fundraising initiative. The boat shop received the grants within the last three months and McKay is embarking on his mission to attain community support. McKay said the grant money needs to be matched by this time next year.

"We are busier than we've been and we're using the building more than it's been used in the last 50 years," he said, pointing to an increase in activity and organization in the community to keep the shop growing and running.

"With that increased usage we need to be hypervigilant with the care of the buildings," he said.