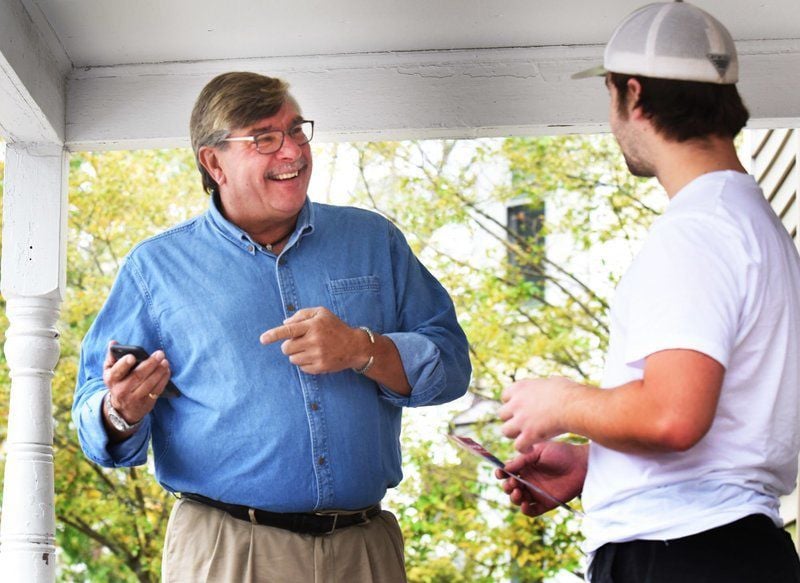 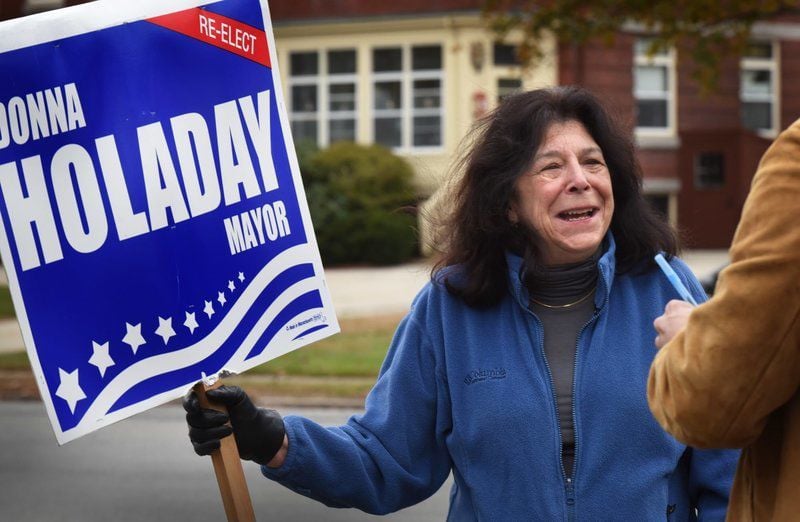 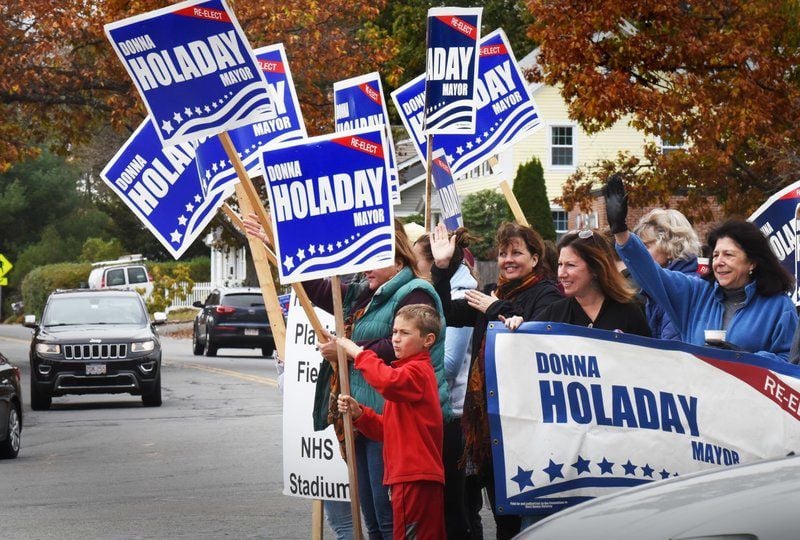 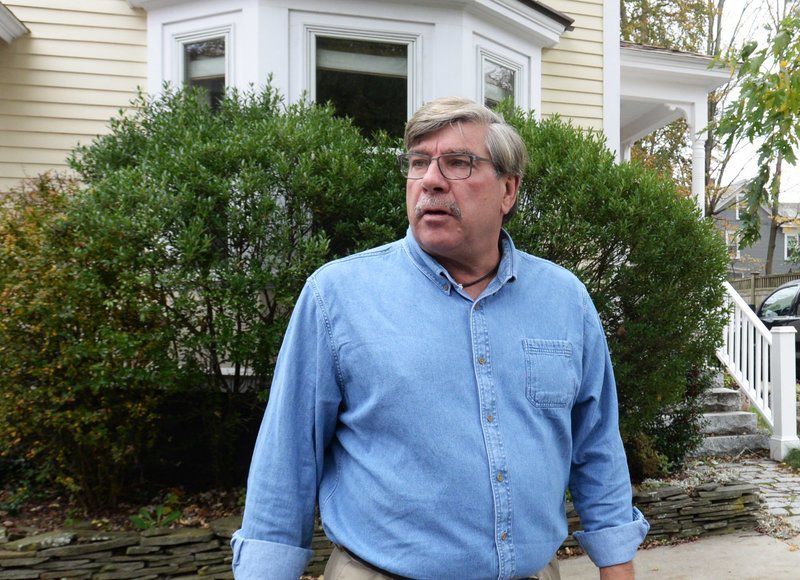 NEWBURYPORT — With less than 48 hours before voters decide who will occupy the corner office at City Hall for the next four years, Mayor Donna Holaday and challenger Robert Cronin are doing everything they can to reach those who have yet to make up their minds.

Sunday morning saw Holaday among 35 or so supporters holding up signs in the Three Roads section of the city off Storey Avenue.

Cronin was busy knocking on doors on Barton Road in the city’s South End, looking to cover as much ground as possible. A day earlier, Cronin and dozens of supporters filled the Bullnose in Market Square.

Every few seconds, a motorist would lean on the horn, expressing support for Holaday while passing Three Corners. Amid the ubiquitous blue, white and red Holaday campaign signs were signs listing her accomplishments in recent years, including construction of the new Senior Community Center and Bresnahan Elementary School.

“Spread out a little,” Holaday said to the ever-growing number of supporters.

Holaday made no qualms about admitting the campaign has been a grueling one, one that saw her receive fewer votes during the primary in September than Cronin.

“It’s been a rigorous campaign, there’s no doubt about it,” Holaday said.

For his part, Cronin said he felt cautiously optimistic about his chances but downplayed his strong showing in the primary.

“On to Cincinnati,” the city councilor said, channeling New England Patriots coach Bill Belichick’s habit of not making too much of a particular triumph.

Cronin said he has experienced great moments and some disappointing moments during the campaign but win or lose, those who have helped him will be lifelong friends.

Cronin and Holaday said they would spend their remaining time on the campaign trail circling back to residents they missed during past canvasses as well as focusing on those who have yet to make up their minds. Both, however, admitted their campaigning time would be limited.

“I’m working and I have a School Committee meeting, so I have to do my job,” Holaday said.

On Barton Street on Sunday, Cronin knocked on about a dozen doors with only a handful of people opening them to say hello. One resident, Gavin LaValley, a hockey coach, chatted with Cronin for a few moments.

“I haven’t decided yet, to be honest,” LaValley said, when asked who he was supporting.

“I’m a hockey fan, she isn’t,” Cronin replied, eliciting a chuckle from LaValley.

Knocking on doors, the backbone of any campaign, can be exhausting since it can be difficult to reach all voters, Cronin said. But it’s a necessary challenge, he said.

Asked whether the campaigns coordinated rallies to ensure they don’t end up vying for the same piece of real estate at the same time, neither said they paid much attention to what the other was doing.

“I don’t concern myself with the other campaign,” Cronin said. “I’ve been doing my own thing since April.”

Holaday said her team can figure out where Cronin will be by following social media.

“There’s enough space in the city for both of us,” Holaday said.