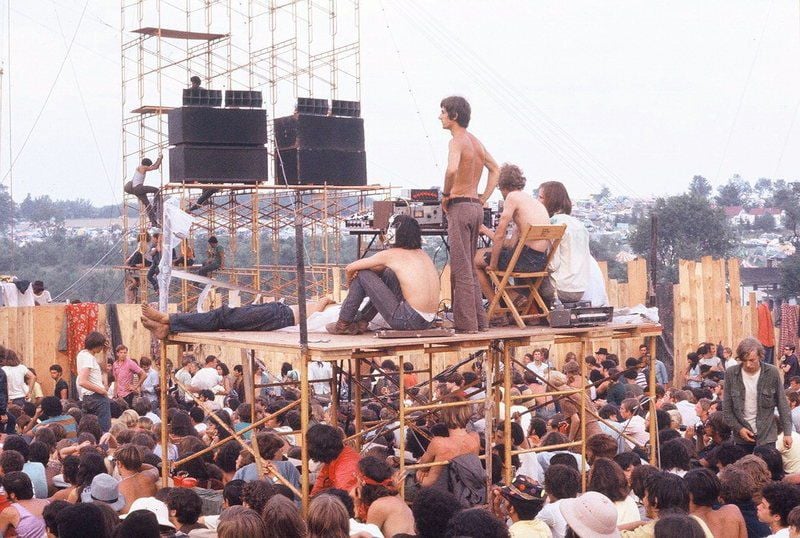 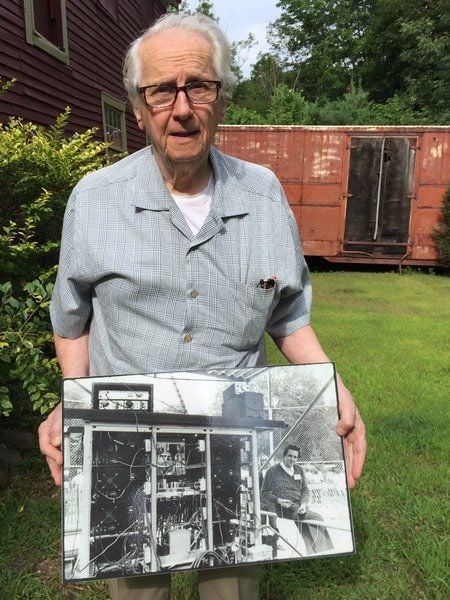 JACK SHEA/Staff photoFifty years after designing, building and operating the sound system at Woodstock, Merrimac resident Bill Hanley recalled his days as the leading live sound engineer for rock bands throughout the 1960s and 1970s. 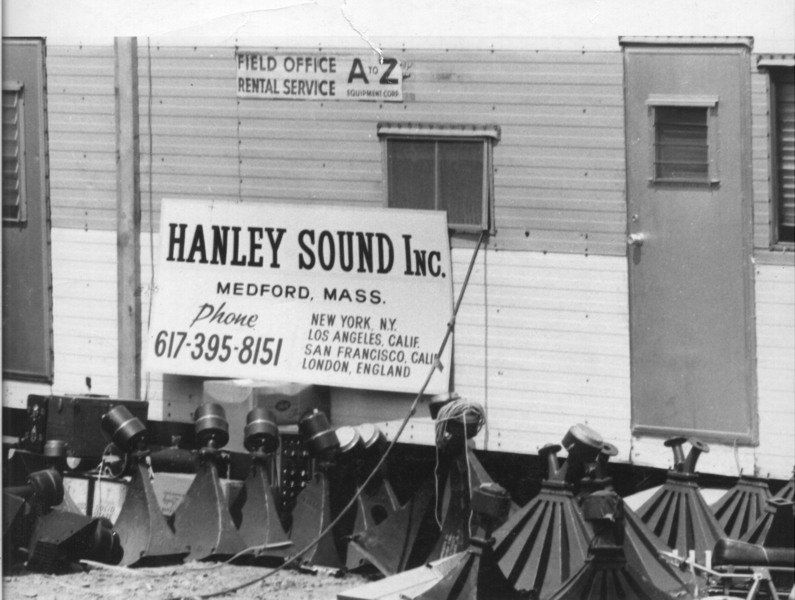 Bill Hanley’s company, Hanley Sound, then based in Medford, operated the sound system at the Woodstock music festival in 1969. 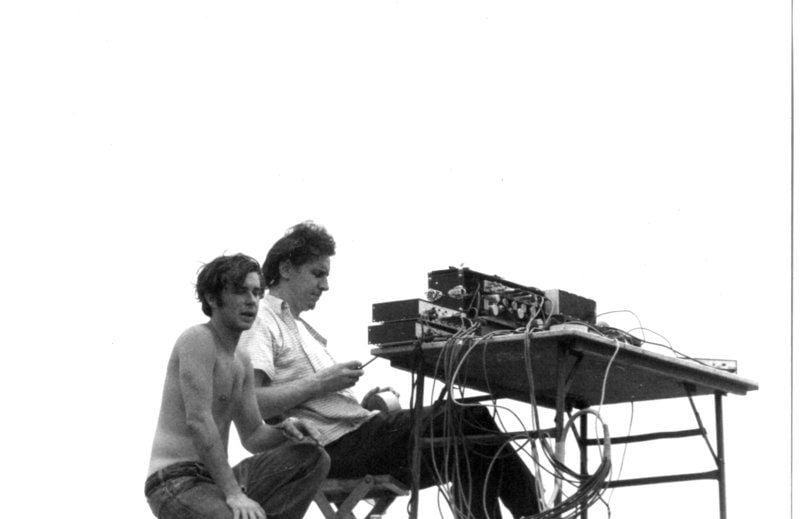 JACK SHEA/Staff photoFifty years after designing, building and operating the sound system at Woodstock, Merrimac resident Bill Hanley recalled his days as the leading live sound engineer for rock bands throughout the 1960s and 1970s.

Bill Hanley’s company, Hanley Sound, then based in Medford, operated the sound system at the Woodstock music festival in 1969.

As Woodstock nears its 50th anniversary, music lovers around the country are celebrating the iconic festival’s message of “peace, love and music.” But without Merrimac resident Bill Hanley, that message might not have been so loud and clear in the first place.

Known as “the Father of Festival Sound,” Hanley, now 82, designed, built and operated the concert sound system at the three-day event in 1969 and even helped select the farm in Bethel, New York, where it was held.

While Hanley admitted that his role behind the sound board made him somewhat of a musician, he said his focus has always been purely on bringing what’s onstage to the ears of the audience.

“I can’t play an instrument and I don’t know much about making music, but I certainly enjoy dancing to it a lot,” he said.

Woodstock turns 50 on Aug. 15 and to celebrate, Hanley will participate in a short question-and-answer session during a tribute concert tonight at 7 at Merrimac Public Library, 86 W. Main St.

Hanley, born and raised in Medford, began playing around with electronics at an early age and built his first radios when he was about 6 years old.

He soon developed a penchant for audio equipment and eventually accumulated a collection of high fidelity speakers that he used to blare Christmas music through his neighborhood during the holidays, much to the delight of his neighbors.

After becoming frustrated with the “hideous” quality of sound systems at roller skating rinks and other venues he frequented as a young adult, Hanley sought to bring much-needed clarity to the way people experienced music.

“It would be a good thing to do for society, I thought,” Hanley said this week. “Nobody was watching the levels or paying attention to the sound. Music wasn’t being brought out very well to the masses, and nobody seemed to really care.”

Hanley went on to innovate several techniques that revolutionized amplification at concerts, including improvements to speaker placement and putting microphones on each instrument onstage. He also pioneered the sound engineer’s “front of the house” listening position, which gave him a better perspective when fine-tuning his mixes.

Word of Hanley’s talent spread, and he was soon brought on to run sound during antiwar protests and even the 1965 inauguration of President Lyndon B. Johnson. From there, Hanley and his trademark heavy-duty sound system were introduced to the world of rock ‘n’ roll.

“The louder they played, the louder their sound system had to be,” Hanley said. “I was the only guy ... I made the marketplace.”

Before long, Hanley and his crew had the most sought-after service in live audio, and he spent much of the 1960s touring the country with groups that included The Beach Boys, Neil Young and Buffalo Springfield, to name a few.

One of his most difficult gigs, he said, was a string of about 10 concerts on The Beatles’ U.S. tour in 1966 during which the crowd’s loud cheers and screams made it hard for him to hear the band.

Another challenge for Hanley came when he was behind the sound board at the Newport Jazz Festival in 1965, which featured Bob Dylan’s controversial first performance with electric instruments.

“I was at the controls when Dylan went electric,” Hanley recalled. “That was tough with Peter Yarrow rumbling around telling me to turn it up louder, and Pete Seeger was there trying to keep it down, trying to keep electricity out of that realm.”

But of course, Hanley’s ultimate claim to fame is his role at Woodstock, where his speakers amplified performances from some of the most revered names in rock ‘n’ roll history, including his personal favorite, Janis Joplin.

“She was a very nice girl. I liked her music, her enthusiasm and excitement,” Hanley said. “It was very sad when ... .”  His voice trailed off.

But while many still regard Woodstock as the cornerstone event for 1960s counterculture, Hanley recalled viewing the festival as “just another project” at the time. His focus was on his work — he kept his head down, fully engrossed in ensuring things went smoothly.

“I wasn’t thinking in those lines. I’m an engineer,” Hanley explained. “I think about it in speakers, how to hold them together from one end to the other, make sure the microphone’s in the right place. Those are what I concentrate on, not content. I never look at it from any other point of view other than making what happens onstage clear to the audience.”

“It gets all tied together, the joy of doing music and making people happy and enjoying your workmanship. I don’t look back at the other parts of it, I’m immersed in electricity and electronics and electroacoustic devices.

When asked how his hearing is today, Hanley said it could be better, but he still has yet to buy a pair of hearing aids.

“What’d you say?” Hanley joked. “There’s some hearing loss, but I’m waiting for the price to come down so I can get a set.”