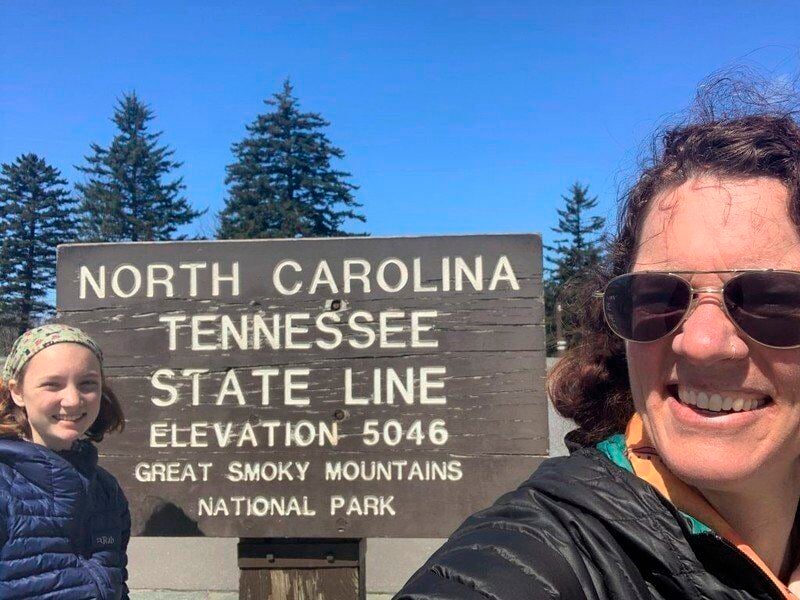 Courtesy photoBriana Sullivan, right, and her daughter, Cambyr, stop at the North Carolina-Tennessee state line during their nearly six-month hike along the Appalachian Trail. 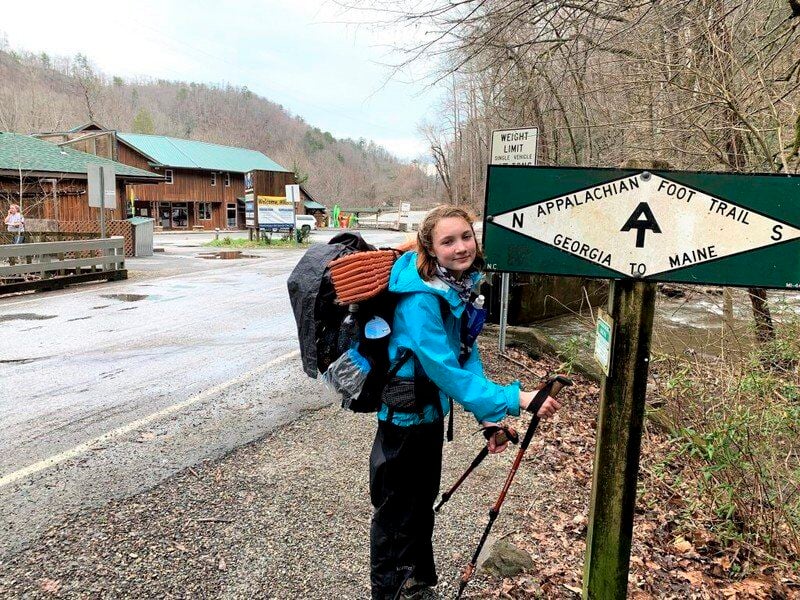 Courtesy photoCambyr Sullivan, better known on the trail as "Kaleidoscope," was 13 when she started hiking the Appalachian Trail with her mother in March. Together, they finished their hike in late August despite the COVID-19 pandemic. 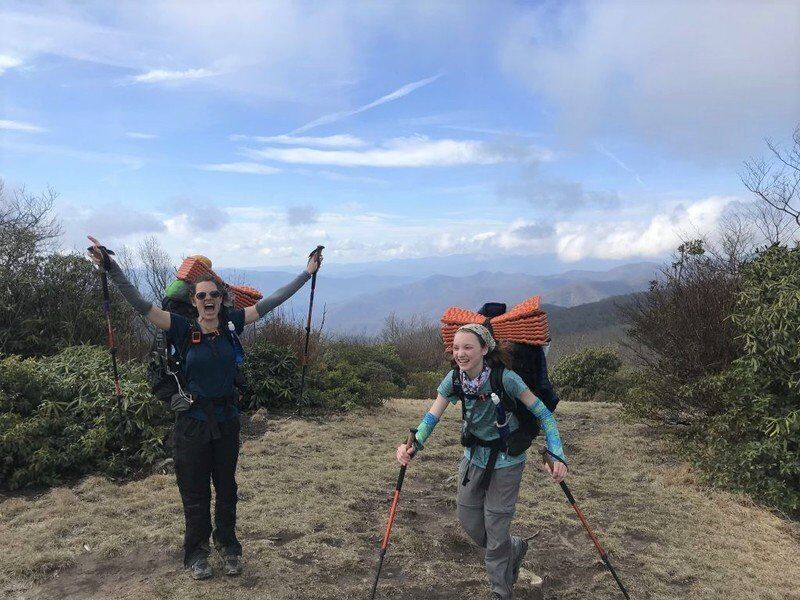 Courtesy photoBriana Sullivan of Amesbury and her 14-year-old daughter, Cambyr, recently returned from a nearly six-month hike along the Appalachian Trail, a feat roughly only one in four hikers complete.

Courtesy photoBriana Sullivan, right, and her daughter, Cambyr, stop at the North Carolina-Tennessee state line during their nearly six-month hike along the Appalachian Trail.

Courtesy photoCambyr Sullivan, better known on the trail as "Kaleidoscope," was 13 when she started hiking the Appalachian Trail with her mother in March. Together, they finished their hike in late August despite the COVID-19 pandemic.

Courtesy photoBriana Sullivan of Amesbury and her 14-year-old daughter, Cambyr, recently returned from a nearly six-month hike along the Appalachian Trail, a feat roughly only one in four hikers complete.

AMESBURY — A local mother and daughter, who set out for the Appalachian Trail on March 1 — just a few weeks before most of the country shut down due to COVID-19 — successfully completed their 14-state, 2,190-mile trek and summited Mount Katahdin in Maine on Aug. 22.

Briana Sullivan knew her daughter Cambyr's last few months of eighth grade would be unique when they decided to pull her out of Amesbury Middle School to complete the remainder of the year in a homeschool setting along the Appalachian Trail, but she didn't know just how timely that decision would be.

Just a few weeks after Briana and Cambyr flew to Georgia and kicked off their nearly six-month journey, schools across the country shut down and switched to remote learning amid public health concerns.

While her friends at home were adapting to a sudden transition to remote learning, Cambyr was practicing conversational Spanish with her mother, building fires and cooking outdoors, scavenging for mushrooms and berries along the trail, calculating and planning trips with geography and mathematics, and hiking anywhere from 10 to more than 30 miles a day.

Briana said she and her daughter became very in tune with the weather, as well as the nature around them. She said people often wanted to stick with them because they were so observant of which plants could be eaten and used for medicinal purposes, as well as where to find shelter in inclement weather. They experienced the various elements — snow, rain and hail.

On their longest day, Briana and Cambyr, who turned 14 while on the trail, hiked 48 miles. While some people they met were hiking 10 miles each day, the mother and daughter preferred to balance long and short days.

"We got into this pattern where it was really nice to pull a big day and then the next day, have a really short day when we're going into a hostel so we could actually do all the things we need to do and feel like we got to relax," Briana said.

Speaking about how the pandemic affected their journey, she said they did face some "hostility" about whether hikers should be out on the trail during the pandemic when they would enter towns to resupply. For the most part, though, people in the towns bordering the trail were "nice and supportive," she said, offering food and places to camp out.

Briana said the biggest obstacle they faced was making sleeping accommodations, with most places asking for reservations ahead of time. Cambyr said she just became more comfortable with planning and calling ahead to hostels and hotels to plan their stays.

The pair were cognizant of social distancing and respected mask wearing and other requirements while entering communities along the trail. They also avoided congregating in large groups.

For the most part, they timed their journey well. They happened to finish the stretch of the Great Smoky Mountains just hours before it was shut down over COVID-19 concerns, Briana said. Their decision to start in the South and travel north also worked out as they left states just before virus cases began to rise, she explained.

"I was just so grateful to be able to explore America," Cambyr said.

"I didn't realize that we'd have all these opportunities to really kind of push ourselves and our limits in so many different ways and every single time we did, we both rose to the challenge," Briana said.

Looking ahead, Briana and Cambyr, whose trail names were "Chickweed" and "Kaleidoscope," respectively, want to complete the Triple Crown of Hiking, which includes the Appalachian Trail, the Pacific Crest Trail and the Continental Divide Trail.

To read an article about the pair, just days before their journey began, go to www.newburyportnews.com/news/local_news/amesbury-mother-daughter-duo-set-out-for-appalachian-trail/article_c20e0a4b-94c8-536f-9655-18284b31c874.html.