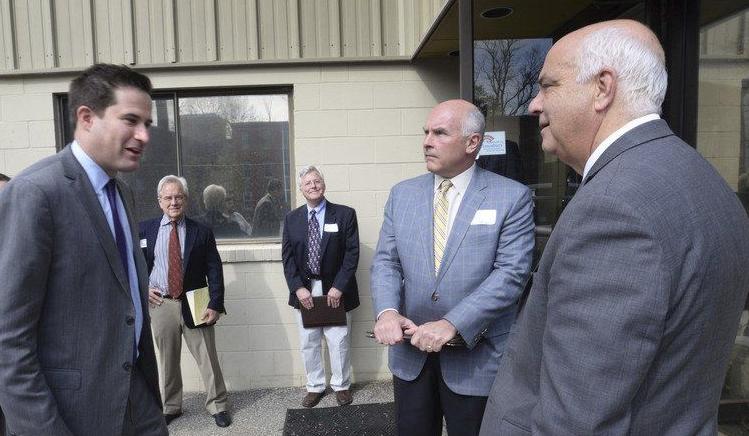 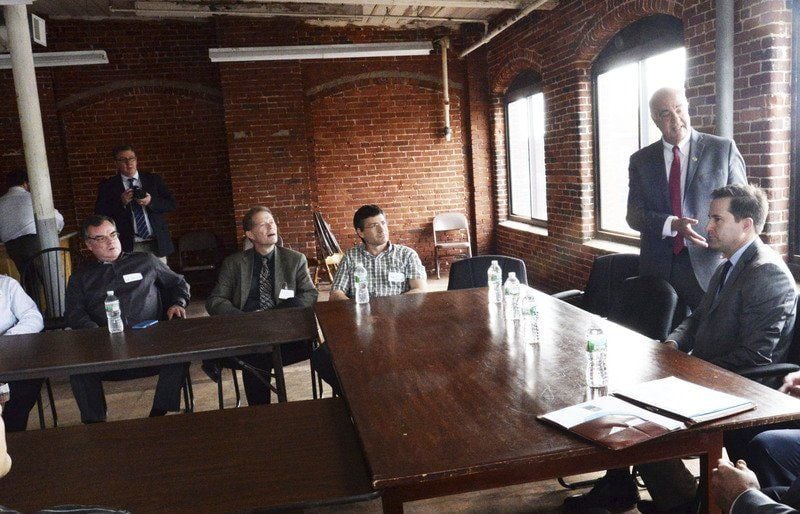 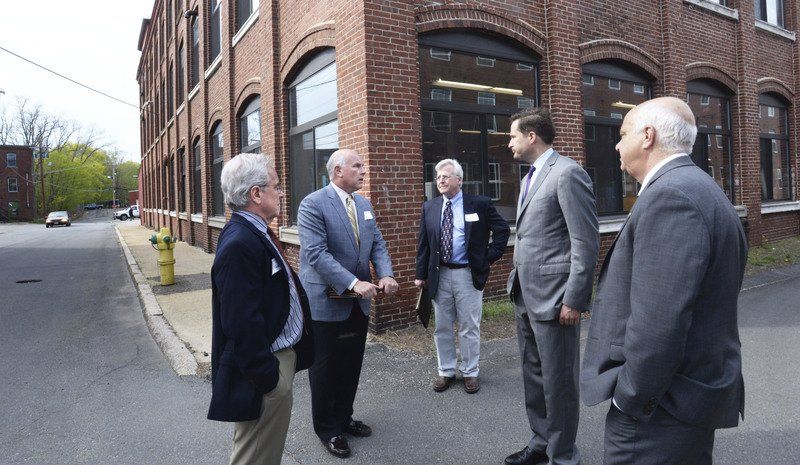 Saying that economic development is his number one priority, Moulton made Amesbury his first stop in the district as he marks National Small Business Week. Yesterday's forum was his first visit to the city since he took office in January.

"People here on the ground have really good idea about the kind of changes that we need to make in Washington," Moulton said. "And that is why it is so important to talk to local entrepreneurs."

Listening to his constituents has also been a priority for Moulton who said that he made his legislative staff smaller to accommodate the formation of an economic development team.

"We have an economic development director and we have started to get a small team under him and that will be one of our biggest priorities here at home," Moulton said. "There are a lot of opportunities and a lot of great things going on. But the entrepreneur has some really good points about things that we need to change."

"There are policy things that we need to look at and I will bring those issues back to Washington where I sit on the Armed Service Committee and deal with a lot of defense contractors," he added. "We have a growing defense industry in this district and in the state. I will bring it back to the Budget Committee where we are talking about overall tax policy and economic development."

Moulton also said he has found a lot of consensus about comprehensive tax reform to spur innovation in small businesses.

"Sometimes small things like having better access to the programs and loans available through the Small Business Administration (SBA), that is one of the issues I heard as a specific example," he said. " A lot of companies don't even know what resources are available. One of the people today was a representative from Eastern Bank and he talked about being the leading SBA lender in the state, but yet they only had 800 loans last year. So there is a lot potential there."

Growing manufacturing in the state was a concern of BlackBurn Energy CEO and founder Andrew Amigo whose engineering company just moved into the Chestnut Innovation Center on May 1.

"There is a very high functioning venture community in Massachusetts," Amigo said. "However the venture community is not present in manufacturing. Especially in start-up manufacturing where there is a lot of risk in developing the technology, there is a lot of cost. We think that Massachusetts does a pretty good job in trying to create an ecosystem with some grant funding to try and get some small manufacturing companies up and running. However, there is still a very big gap."

Amigo said that he felt that help for a start-up manufacturing company isn't available from the SBA.

Making a home in the Chestnut Innovation Center was one way to fill the gaps Amigo said.

"I can come here and I can grind metal and be dirty and make stuff," Amigo said. "That is important to have that ability. If I have to go out and rent this all on my own, I can't afford it."

Since it arrived in Amesbury in September, the Chestnut Innovation Center has added 17 incubator businesses, partner Bob O'brien said.

"Being really good at specialty manufacturing is what Massachusetts is all about," O'brien said. "That is what these new technologies are specializing in. They can be made here, delivered here and produce jobs."

Moulton will also visit Salem and Beverly today and take a tour of small businesses in Lynn on Friday.

"There is a lot of work to do," Moulton said. "Small businesses drive our economies. So they would be a priority of mine for the district, regardless of what committee I sit on. I made a promise when I was elected that I would be the congressman for the entire district. Not just the bigger cities or not just the communities on the coast; 39 cities and towns is a lot cover. I can't be here every week. But I look forward to serving the people of Amesbury, hearing from them, hearing their ideas, their suggestions, their concerns and working together to drive the economy, drive innovation and bring better jobs to the sixth district."