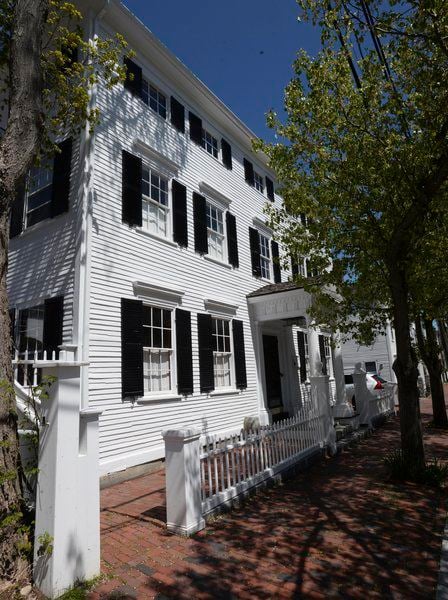 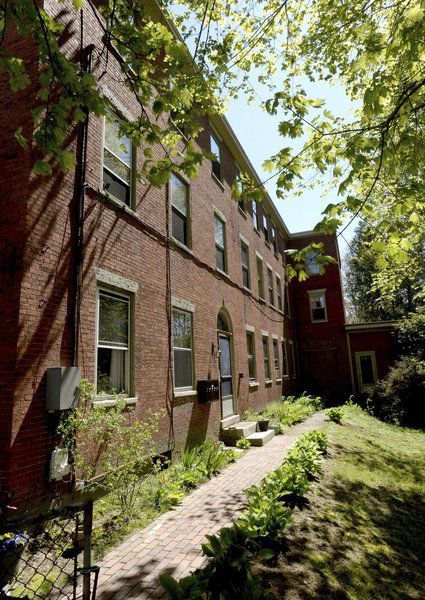 BRYAN EATON/Staff photo. Side view of 7 Fruit St. in Newburyport. 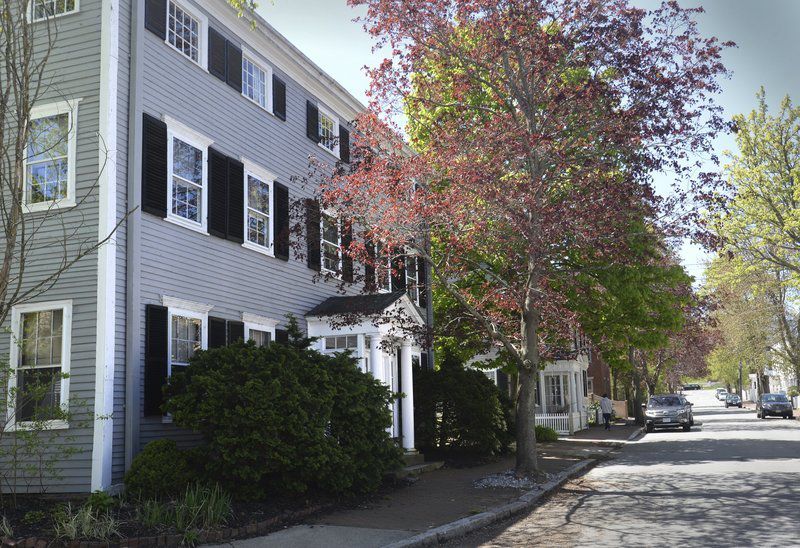 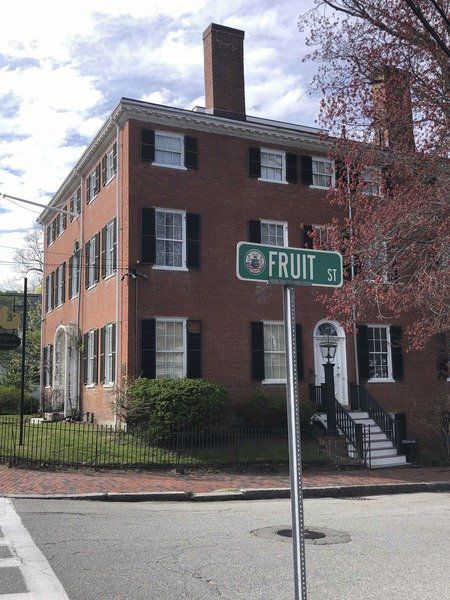 BARB BAILEY PHOTO. The Cushing House at 98 High St., Newburyport, is a National Historic Landmark and among the finest Federal Period homes in the city. Built around 1808, it has been the home to the Museum of Old Newbury since 1955. 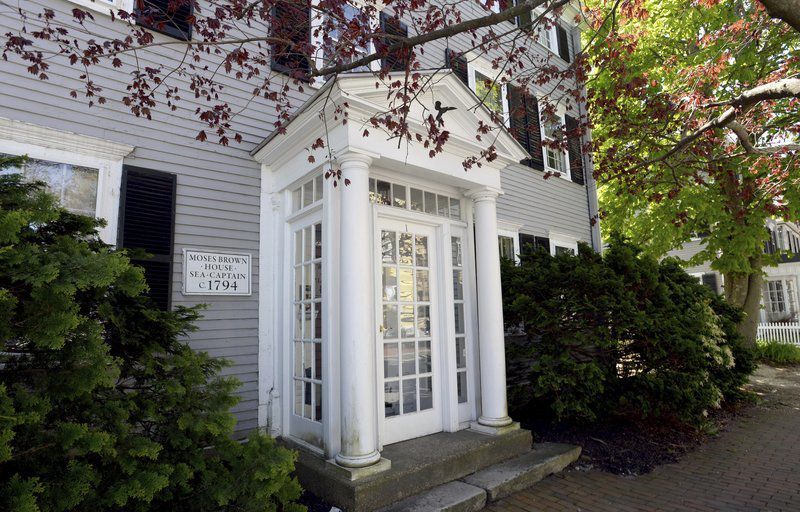 BRYAN EATON/Staff photo. Side view of 7 Fruit St. in Newburyport.

BARB BAILEY PHOTO. The Cushing House at 98 High St., Newburyport, is a National Historic Landmark and among the finest Federal Period homes in the city. Built around 1808, it has been the home to the Museum of Old Newbury since 1955.

Fruit Street offers the opportunity to surround yourself with a dense, largely-intact streetscape, designed in the city’s signature Federal-style domestic architecture. The Fruit Street Historic District was adopted as Newburyport’s first local historic district within the city in 2008. The goal of a local historic district is to preserve the historic qualities of a neighborhood with minimal restrictions to the rights of the property owners. As you walk NBPT@3MPH, notice the subtle differences from house to house, as well as engage your imagination with accounts of those who lived there.

Fruit Street was officially laid out and accepted by Newburyport in 1826. The lots were divided on land that was originally an orchard.

Typical Federal-era homes are characterized by a few key features. Many houses are symmetrical, three-story structures with low hipped roofs, formed by four pitched roof surfaces. The center entry often includes a 6-panel door with a fanlight transom and sidelights; the door flanked by simple, doric pilasters.The windows diminish in height from the first to the third floors. Instead of one central chimney, Federal homes often have multiple chimneys placed on either end of the house. Many Federal homes have the traditional dentil molding located just under the gutters.

Time for a walk!

Starting at the corner of High and Fruit Street, the Cushing House at 98 High St. is a National Historic Landmark and among the finest Federal Period homes in the city. The Cushing house was built around 1808 and has been the home to the Museum of Old Newbury since 1955. If you have never been inside, make sure to plan a visit once it opens back up. Among other things, notice the exceptionally detailed cornice at the roofline, elegant garden, and carriage house. John Quincy Adams was entertained here in 1827.

The house at 20 Fruit St. was built around 1801 by Capt. Samuel Tenney. Notice the elaborate portico and also the trim surrounding each window. You’ll find different moldings from house to house, depending on the carpenter, tools, and pattern books that were available. Capt. Samuel Tenney was part owner of the Newburyport-built schooner Nancy and was active in civic and business affairs.

The Jacob Perkins House at 16-18 Fruit St. was built around 1800. The brick outbuilding at the end of the driveway was a place where Perkins worked on his many patents. According to the Smithsonian, Perkins’ technology for engraving and printing bank notes made them difficult to counterfeit. He held 21 American and 19 English patents for his inventions.

Built much later in 1877, 14 Fruit St. is of harmonious form, scale and pattern with the other homes on the block.

Next on the block are three double houses at 10-12, 6-8 and 2-4 Fruit St., all possibly built by Samuel Tenney of 20 Fruit St. Some of the original features were modified during later periods. Can you pick them out? (Hint: Notice the windows and doors.)

Moving to the other side of the street, the earliest house on the block is 1 Fruit St. built around 1794. The features of this house are heavily influenced by the Georgian period architecture, especially the trim. Capt. Moses Brown and his family first resided in this house. One of Brown’s ships was seized, under orders from Napoleon, but he survived and later served in the War of 1812 as a musician. He was lost at sea in 1819.

The house at 5 Fruit St. transports you through time almost a century to the asymmetrical Queen Anne house built in 1891. This house was built on land that originally belonged to 3 Fruit St. Notice the scalloped shingles, roof line, and picturesque composition of decorative elements.

The William Moulton House built around 1805 at 7 Fruit St. has taller proportions than the typical Federal Period. Although the details have been much altered over time, appreciate the original brick pattern, stone arches and sills, and fanlight over the door. Moulton was an extraordinary silversmith from 1795 to 1845. Upon his death, Moulton’s son sold his business to two apprentices, who eventually became the Towle Silversmiths.

What is different about 15 Fruit St.? It is actually a 21st century interpretation of the Federal style, overscaled to express contemporary design preferences, and built in 2004.

Finishing your short walk is 96 High St., a fine Federal home built around 1801. This house has a brick foundation. The side entry on Fruit Street is likely reconfigured. The house features one of the few intact balustrades left in Newburyport, the fence-like structure on the roofline. Capt. Stephen Holland became the president of the Union Marine and Fire Insurance Company and was a founding member of the Merrimack Bible Society, established to distribute bibles to the poor and destitute.

A complete walking tour that includes all 14 homes of Fruit Street and some other Newburyport areas is available from the Newburyport Preservation Trust or Jabberwocky in a book called “Walk Newburyport.” Learn more about the Fruit Street Historic District on the City of Newburyport’s website.

Now is a good time for a walk around NBPT@3MPH, especially Fruit Street. As you walk, take note of the similarities and differences of each house. It is a great activity for children too. And if you can’t physically get out for a walk, pull up the street view of Fruit Street on Google maps and take a virtual tour.

Barb Bailey is a researcher for the Newburyport Preservation Trust. She may be reached at Barb.Bailey03@gmail.com.