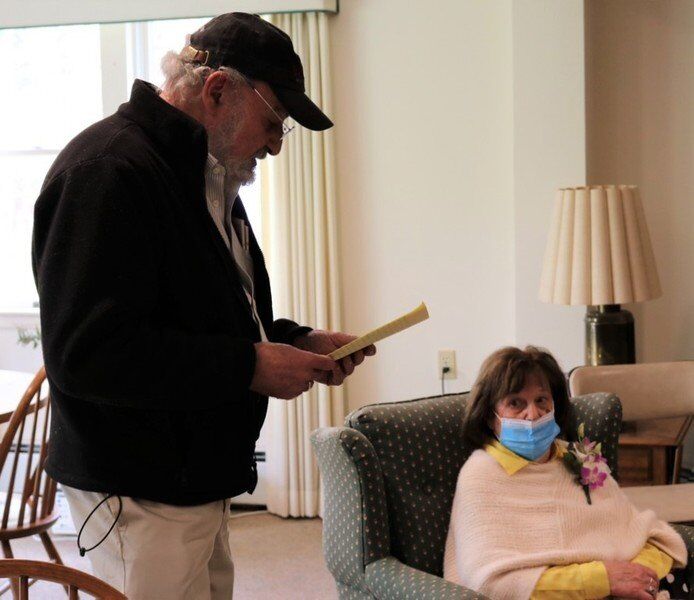 HEATHER ALTERISIO/Staff photoConnie Mathieu listens as her son-in-law Wayne Peabody shares some remarks on her life and Greek heritage. 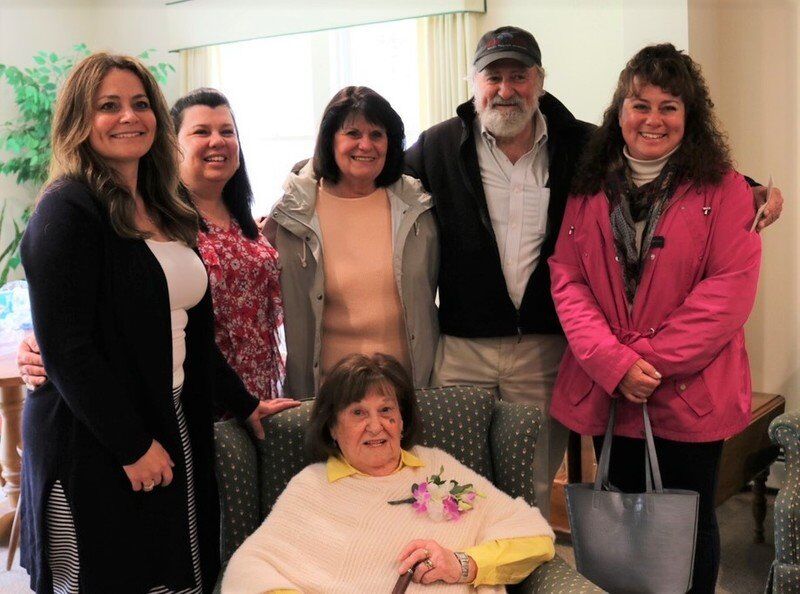 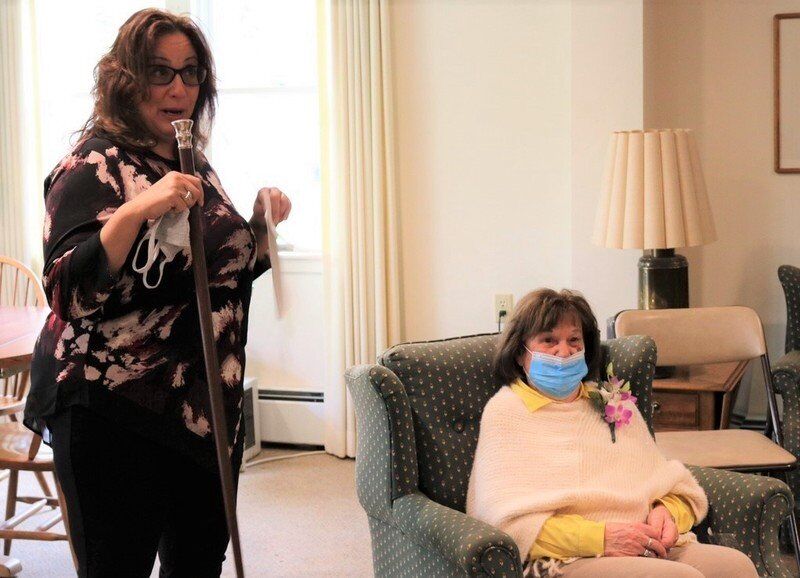 HEATHER ALTERISIO/Staff photoConnie Mathieu listens as her son-in-law Wayne Peabody shares some remarks on her life and Greek heritage.

Mathieu, who turns 99 on Monday, was joined by family members and friends as Select Board Vice Chair Alicia Greco presented her with a replica of the cane since the original is kept in the vault at Town Hall.

The Boston Post Cane tradition dates back to 1909 when Edwin Grozier, publisher of the former Boston Post newspaper, gifted 700 gold-capped ebony canes to communities throughout Maine, Massachusetts, New Hampshire and Rhode Island. The canes were given to selectmen to present to the town's oldest living man. In 1930, the tradition was expanded to include the oldest woman as well.

Cindy Currier, director of the town's Council on Aging, welcomed the dozen or so attendees and introduced Wayne Peabody, Mathieu's son-in-law, who presented some family history and background.

Recently, Peabody's daughter Lisa O'Brien visited Ellis Island in New York and researched the arrival of her great-grandparents as immigrants to the U.S.

"Both parents immigrated to America to seek freedom to live, worship and express their Greek heritage while assimilating to American culture and becoming American citizens," Peabody said.

Mathieu's mother, Penelope Athos, left Greece on March 6, 1914, at the age of 19. She arrived at Ellis Island 16 days later via a 558-foot ship carrying 1,700 passengers. The ship, Carparthia, had previously rescued 700 survivors of the sunken Titanic.

"If there is one thing to say about Connie and the Vilaras family, it is that they all represent the strength from their mother, who at 19, was sent to America alone for what America represents — freedom and opportunity," Peabody said. "Their strength also came from their father, Niko, who would work hard and provide for their family."

Mathieu was born in Newburyport and had four sisters. She was raised in the Greek Orthodox Church and still maintains her faith today.

Anyone who has enjoyed Greek food at Yankee Homecoming in Newburyport can thank Mathieu and other senior members of the church who baked and prepared the food, Peabody said.

"When Connie puts the apron on, get out of her kitchen because we will soon be in for a delicious meal of Greek cuisine," he joked.

Mathieu graduated from Newburyport High School in 1940. She went on to work at Towle Silversmiths, where she remained until her retirement. During World War II, she met her husband, who served in the Army in Europe and Africa. The Mathieus had a daughter, Leslie, who later married Peabody.

Mathieu also worked as a civilian in the U.S. Coast Guard, believing it was necessary to support the troops and support the country that she loves.

"We as a family, we love you, Connie," Peabody said. "You are our strength. You are our matriarch and you are the thread that ties us together."

Anastasia's Flowers on Main in Byfield donated a corsage for Mathieu to wear for the presentation.

When asked if she had any advice for living a long, meaningful life, Mathieu replied: "Think positive. You have to be happy and not get down on people."

She also credited her family and friends for keeping her life full.