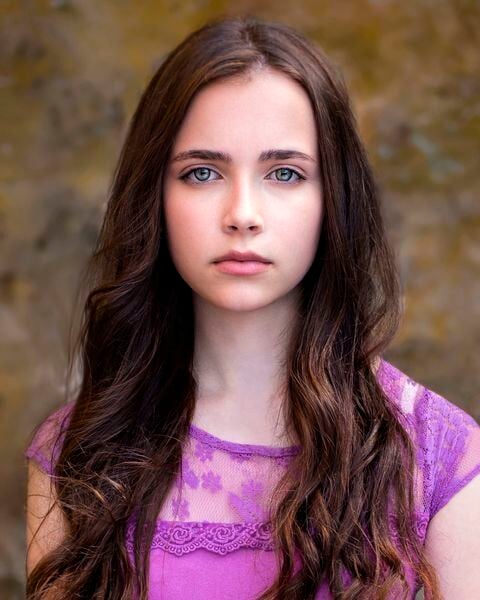 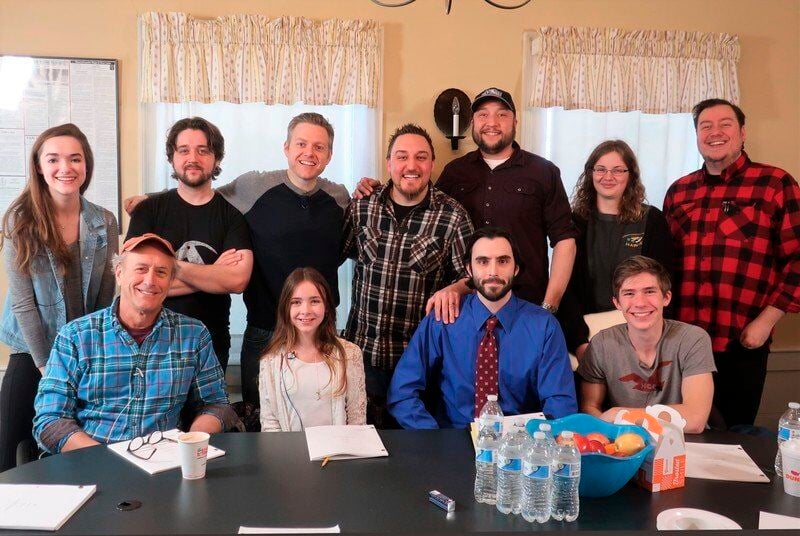 Courtesy photoThe cast and crew of “Stray,” including local actress Amber Rothberg, second from left in the front row.

Courtesy photoThe cast and crew of “Stray,” including local actress Amber Rothberg, second from left in the front row.

NEWBURYPORT — A Newburyport High School freshman, who kick-started her acting career with a nonspeaking role as young Meg March in Greta Gerwig’s film “Little Women” last year, has a supporting role in one of three locally made features to be screened Saturday on Plum Island.

The short film features a small-town police officer known as Jack, played by Paul Kandarian, who takes in his granddaughter, Stacy, played by Morgan Boss-Maltais, after his daughter dies.

Something happens, though, and Stacy transforms into a monstrous creature, which leads Jack to investigate. Ted, played by Ethan Rogers, and his daughter Heather, played by Amber, make up a second family who Jack thinks are involved in what happened to his granddaughter.

The film came out in October 2019, earning Best Suspense/Thriller at the SNOB Film Festival in Concord, New Hampshire, but hit some obstacles when the COVID-19 pandemic hit. Due to public health concerns, many other film festivals were canceled or postponed, so the filmmakers had to get creative to show it in front of audiences.

Fat Foot Films recently teamed up with streaming platform Reveel, so the film will soon be available to watch online for free. In addition, “Stray” will screen at select drive-ins, including on Plum Island.

Speaking about how the pandemic has affected her as a young actress, Amber said all her acting classes are now on Zoom and all her auditions are self-tapes.

Fortunately, Amber has done self-tapes before. She set up a small room in her home with a backdrop and a light.

“I can just memorize the script, film it from my phone and send it in,” she said.

“In some ways, it actually gives me an advantage because I can tape it as many times as I want until I get it perfect,” she explained. “When I go into an in-person audition, they give me one or two tries.

“I’m more likely to mess up if I’m in front of actual people because it’s more nerve-wracking, so I almost prefer doing it from home,” she said. “It’s definitely completely different than I’m used to.”

Amber, who is represented by WSM Talent and Model Agency of Newburyport and DDO New York, is also set to star in “It’s Alright Now,” a film written and inspired by filmmaker Karen Schuback. Production is set to take place in the spring, but a location has not been confirmed.

The triple feature on Saturday is presented by Reveel Theaters.

The night kicks off in the parking lot of 3 Northern Blvd. about 7:20 p.m. with a screening of the seven-minute comedy, “Love at First Boop,” also by Fat Foot Films.

Next, “Stray” will screen with a run time of 34 minutes.

At 8 p.m., the audience can watch the main feature, “Uncanny Harbor,” which was shot on Plum Island by Nicholas Valaskatgis.

For more information or to purchase tickets, which are $20, go to www.eventbrite.com/e/dinner-a-drive-in-triple-feature-tickets-124500041977.